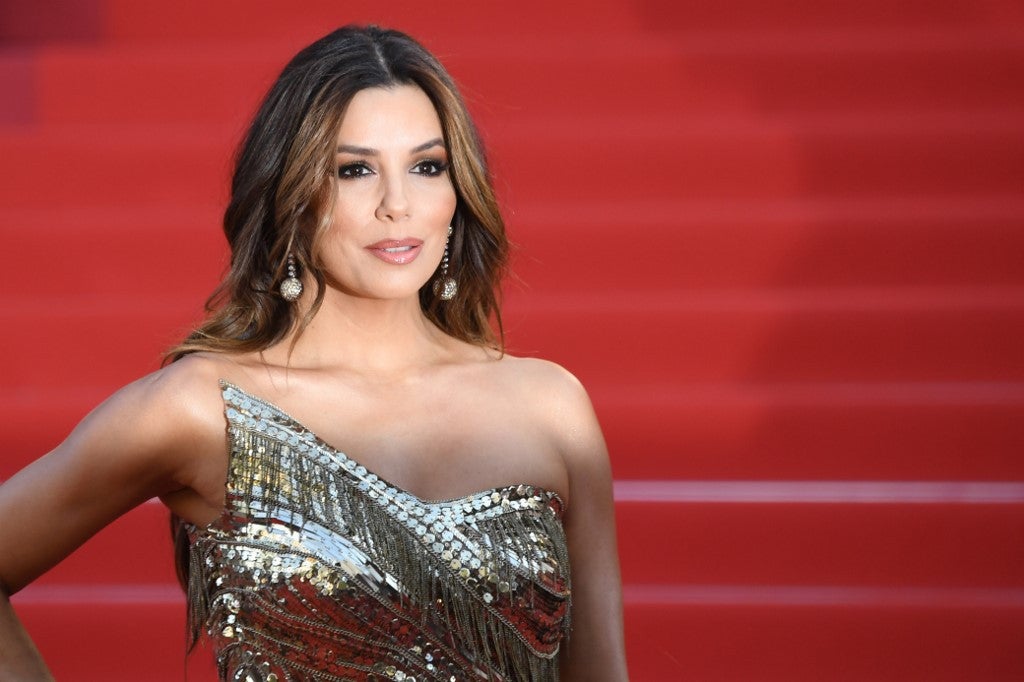 U.S. actress Eva Longoria poses as she arrives for the screening of the film ‘Rocketman’ at the 72nd edition of the Cannes Film Festival in Cannes, southern France, on May 16, 2019. Image: AFP/Loic Venance

Actress Eva Longoria said restrictive abortion laws passed in the American states Alabama and Missouri are a threat to women, as stars staged a protest against the bans on the Cannes red carpet Saturday, May 18.

“What’s happening in Alabama is so important in the world,” the “Desperate Housewives” star said, referring to the United States’ state of Alabama which has banned terminations even in the case of rape or incest. “It’s going to affect everybody if we don’t pay attention.”

Longoria, a pro-choice Catholic, warned of a “domino effect” with a dozen other Republican-controlled U.S. states seeking to restrict the rights of women to abortion.

Last year, the Latina actress produced the Netflix documentary “Reversing Roe” which showed how pro-life groups are mounting a major push to overturn the landmark U.S. Supreme Court decision that legalized abortion in 1973.

The gathering was originally meant to support the Argentinian documentary, “Let It Be Law”, which premiered on Saturday, May 18, in the festival’s official selection.

It tells the story of the struggle for women’s rights in the huge, largely Catholic Latin American country, which has become bitterly divided over abortion.

One wore a striking green ballgown embroidered around the hem with a slogan in Spanish reading, “Legal, safe and free abortion.”

Spanish director Pedro Almodovar, whose film “Pain & Glory” starring Cruz and Antonio Banderas is an early favorite for the festival’s top prize, also brandished a green handkerchief in a show of support.

Months of protests to decriminalize abortion in Pope Francis’ homeland culminated in a make-or-break Senate vote in February.

But on its eighth attempt, the law failed at the final hurdle when it was voted down by 38 votes to 31, bringing thousands onto the streets of Buenos Aires in protest.

“That night, I nearly died from the cold, from the rain, I almost broke my camera,” said Juan Solanas, who directed the documentary.

“I felt anger and indignation,” said the 52-year-old, son of the celebrated filmmaker Fernando “Pino” Solanas, who won best director at Cannes for his 1988 film “Sur”.

“I grew up in an atheist family (and) I respect people’s beliefs, but it is medieval and violent to impose them on people who don’t think the same,” he added.

Solanas said restrictions like those passed in Alabama and Missouri would lead to women’s deaths.

“In Argentina, one woman dies every week following an illegal abortion. More than one a day in Latin America, where 300 million women live without the right to end their pregnancies.”

Longoria, one of the founders of the Time’s Up movement that pushes for gender equality and women’s rights, told a Kering “Women in Motion” talk at Cannes on Friday, May 17, that the group would likely get involved in next year’s U.S. presidential election.

“We’re trying to figure out what is Time’s Up’s role in these elections, and how can we have an impact,” she said.

Despite the momentum generated after #MeToo, she said in the workplace generally “the statistics are going the wrong way. We’re not improving.” HM/JB

Will the US Supreme Court reconsider abortion rights?