LOS ANGELES  — Fans of the K-pop group NCT 127 donated money in January to name a baby pudu at the Los Angeles Zoo after one of its members, Haechan (HECH’-ehn). This week, the human Haechan got to meet his namesake, snapping selfies with the little deer at his enclosure. 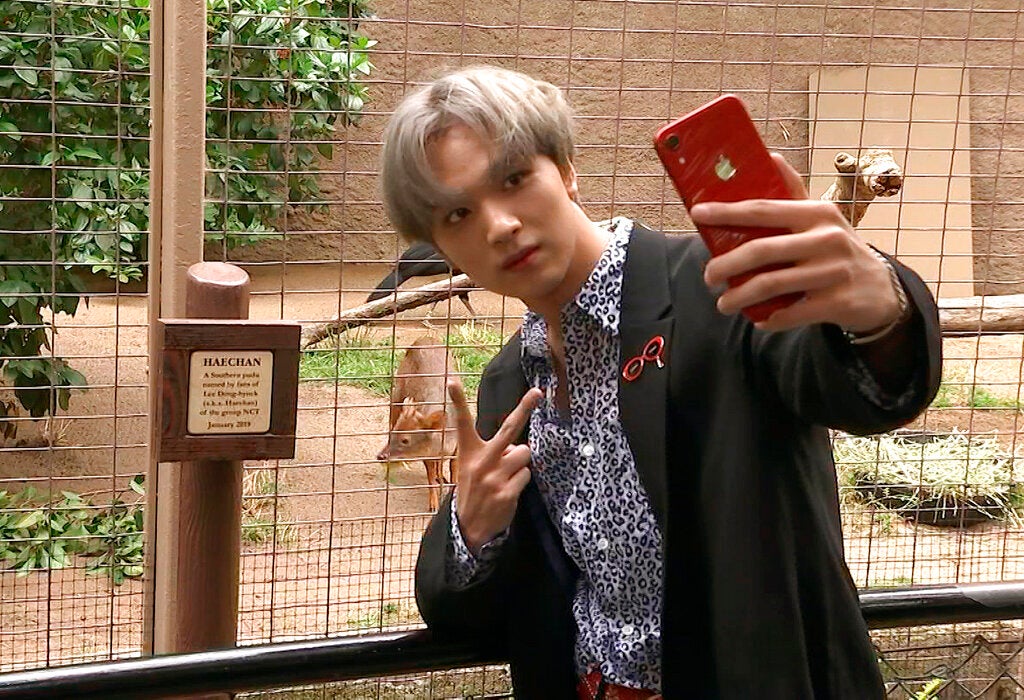 This week, the human Haechan got to meet his namesake, snapping selfies with the little deer at his enclosure. Image: AP Photo/Jerry Nulty

Pudu are found in various parts of South America. They’re considered one of the smallest deer species in the world. The adorable male pudu was born in late-December and became an internet sensation after the zoo shared his birth announcement on social media. That’s when NCT 127 fans decided he looked like Haechan and began calling him “Baby Haechan” online.

Haechan’s groupmate, Mark, translated for his friend and told The Associated Press he was thrilled.

“He actually knew about the pudu first from the fans,” Mark said, adding that his bandmate “feels very honored to be able to have that opportunity.”

The group watched as the baby deer ate kale, leaves and roses. While honored, Haechan said he didn’t agree with fans that he looks like the pudu. But he added he eats like the animal a lot.

The South Korean group was in Los Angeles for a stop on its North American tour, which wraps up Sunday in Vancouver. Members, who go by their first names only, zipped around the zoo in a golf cart and stopped to visit with a porcupine before meeting up with the pudu.

“I feel like my younger me is coming out right now,” said Johnny. “I’m very excited, I can’t stop smiling. I saw all these animals coming here. We saw some porcupines, some turtles, excites me every time. I love zoos.”

The group performed in Los Angeles on Sunday night and threw out the first pitch at a Dodgers baseball game. NVG