CANNES, France — One of Julianne Moore’s first thoughts after signing on to the Valentino-adorned short film “The Staggering Girl” was wardrobe. 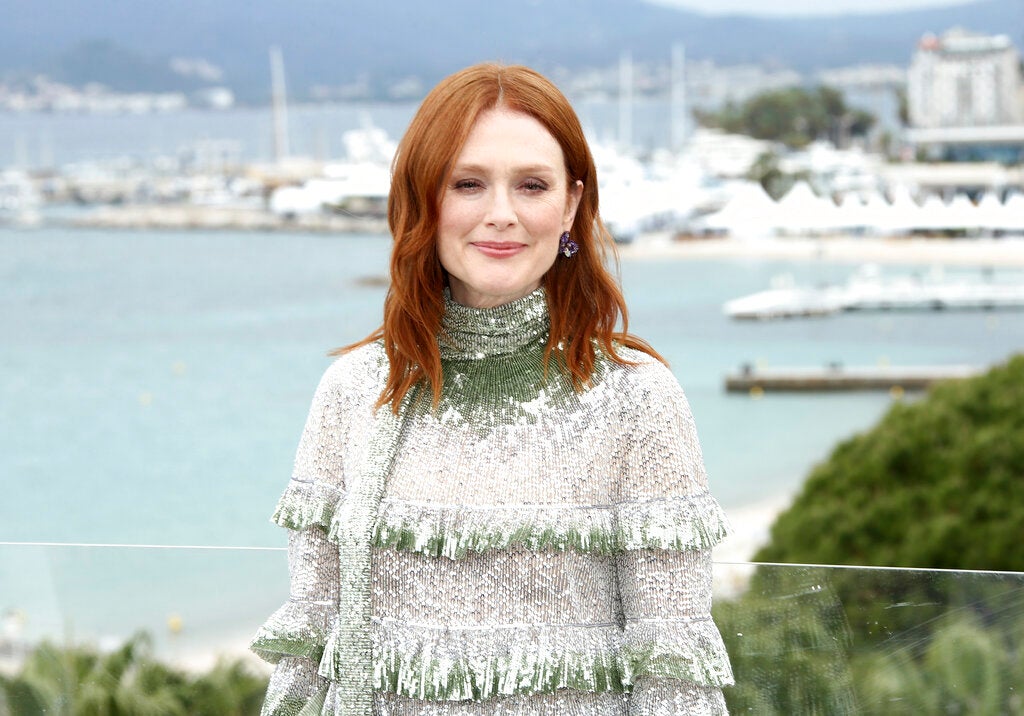 She had visions of wearing green, lavender and red haute couture as the star of the short film produced by the French fashion house.

“And I got there and they’re like, ‘These are, this is your wardrobe.’ And I was the only one in the movie without any color. Because that was kind of, that was the story we were telling. I was like, ‘What? What? I came all this way and I don’t get to wear lavender?'”

Moore, who plays Italian American writer Francesca in the 37-minute film, told reporters she’s always been interested in “the fact that we feel compelled as human beings to decorate our bodies and our surroundings.”

“It’s like this idea that we’ve chosen this because it pleases us, or we’re trying to say something consciously or unconsciously,” said the 58-year-old Moore.

Her fascination goes way back, to a particular purchase when she was a 17-year-old living with her family on a U.S. Army base in Germany. She saved up her money for a dress to wear to a dance, but her mother told her no black.

“She said it was too sophisticated for a young girl, so I took my money, I took my 80 marks, and I bought a black dress,” Moore smiled. “And I said to my mom, ‘You can’t say anything about it because it’s my own money.’ It was terrible. And of course as a mother of a 17-year-old now I think like, ‘Oh I can’t believe that I did that,’ but it was a really exhilarating moment for me.”

The film’s director, Luca Guadagnino, collaborated on the film with Valentino designer Pierpaolo Piccioli. It’s based on a screenplay by Michael Mitnick. NVG

Couture for every day? Why not, declares Valentino