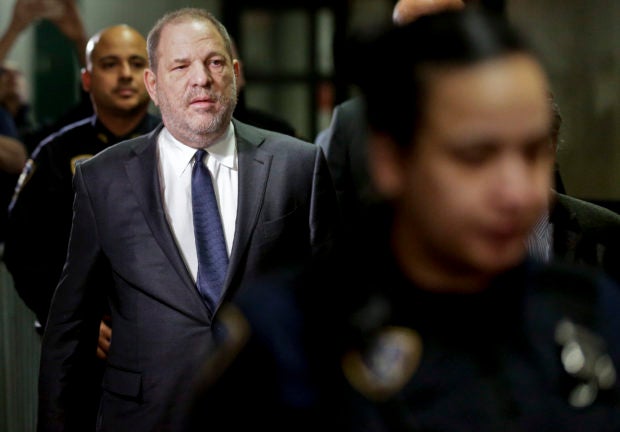 In this photo from Thursday, Dec. 20 2018, Harvey Weinstein arrives at New York Supreme Court for a hearing on his sexual assault case. Both sides in the case want the press and the public barred from the Weinstein’s next court appearance on April 26. Image: AP Photo/Seth Wenig

A New York appeals court has denied a media request for a transcript of a closed-door hearing in Harvey Weinstein’s sexual assault case.

The appellate division of the state’s trial court ruled Wednesday that Judge James Burke was right to seal the record because some of the discussion at the April 26 hearing “was likely to be prejudicial and inflammatory.”

The hearing focused on the prosecution’s push to call as witnesses some of the dozens of women whose allegations against Weinstein haven’t led to criminal charges.

Weinstein is charged with assaulting two women in New York City. He has pleaded not guilty and denied all allegations of wrongdoing. He is free on $1 million bail. His trial is scheduled for Sept. 9.

It wasn’t immediately known if media organizations will appeal the ruling. CC