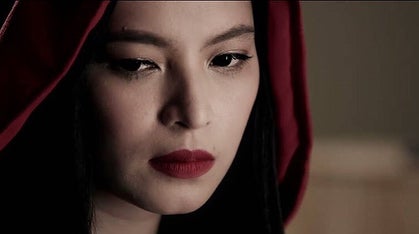 Locsin took to social social media where she shared a video of Kabataan Partylist which showed police officers giving away copies of “Pulis Serbis Balita,” the “official newsletter of the (PNP),” near the polling precinct at Geronimo Elementary School in Sampaloc, Manila.

“Ayoko pag inaagrabyado ang kahit na sino. If you don’t believe in him don’t vote for him,” she said today, May 14. “Spreading lies and destroying the reputation of someone with pure intentions is what I don’t agree with.”

Colmenares has since accused the PNP of carrying out a “last-minute smear campaign” against him and the said party list groups and urged the Commission on Elections to look into the PNP’s violation of election laws.

“This is patently and blatantly illegal. Police should not be engaged in campaigning for or against any candidate,” Colmenares said on Monday. “What’s worse, they’re doing this on Election Day, when campaigning is prohibited.”

Locsin is technically the aunt of Colmenares, but her family considers him as their cousin. She has shown her support for Colmenares in the past, such as accompanying him to the Comelec head office when he filed his certificate of candidacy for senator for the third time in 2015. (Editor: Cenon B. Bibe Jr.)