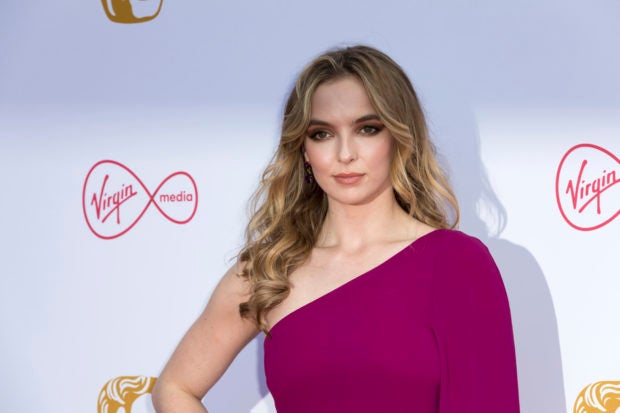 Jodie Comer posed for photographers on arrival at the 2019 BAFTA Television Awards in London, Sunday, May 12. Image: AP/Grant Pollard

Fiona Shaw was named best supporting actress on Sunday for playing a spy chief in the BBC series.

The show’s creator, Phoebe Waller-Bridge, thanked her cast “for taking risks. Jodie Comer almost swallowed a wasp in Tuscany. It was a really edgy moment that we did capture on camera.”

Benedict Cumberbatch was named best actor in a drama for playing a man confronting a lifetime of demons in “Patrick Melrose”.