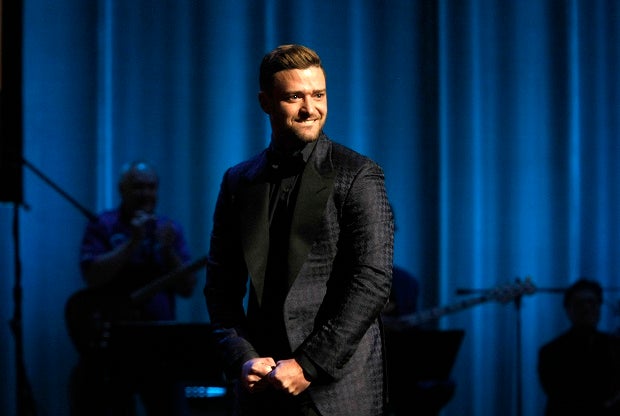 The singer was presented with the degree during the commencement ceremony at the Agganis Arena in Boston University for his “influences in music, and enduring global impact,” the school said in a statement.

A video of his inspiring speech was posted by YouTube user Kimberly Mitchell and can be viewed below.

Drawing from the feeling of not fitting in while he was growing up and acknowledging the role music played in his life, Timberlake imparted some words of wisdom in a commencement speech to the graduates.

“You are different because you make the difference. That’s what you’re here to do. And it takes a little time to learn that and I know I would not have learned that about myself if it wasn’t for music,” he said.

“You’re defined by what you define failure as. It’s not a thing if it leads you to your success. It’s all part of the journey,” he said speaking about his view on failure.

The singer ended his speech by thanking everyone present at the ceremony and left them with these words: “I hope that in the years to come, two things will happen. One, I will represent you in the way that you most hope for. And two, I look around and see this graduating class. Meet me at the studio. I want to see y’all!”

After the ceremony, Timberlake shared his milestone on Instagram. He posted a photo of him holding his diploma with the caption: “No Dream is too big!!! Keep chasing!!! Trust me… I’m a DOCTOR. But, for real… THANK YOU to @berkleecollege for this incredible honor—I’m very humbled and grateful.”

No Dream is too big!!! Keep chasing!!! Trust me… I’m a DOCTOR!! 🤣👨‍🎓 But, for real… THANK YOU to @berkleecollege for this incredible honor—I’m very humbled and grateful.

His wife, Jessica Biel shared his enthusiasm and commented on his post: “Literally every hat looks good on you, but this is my favorite one.”