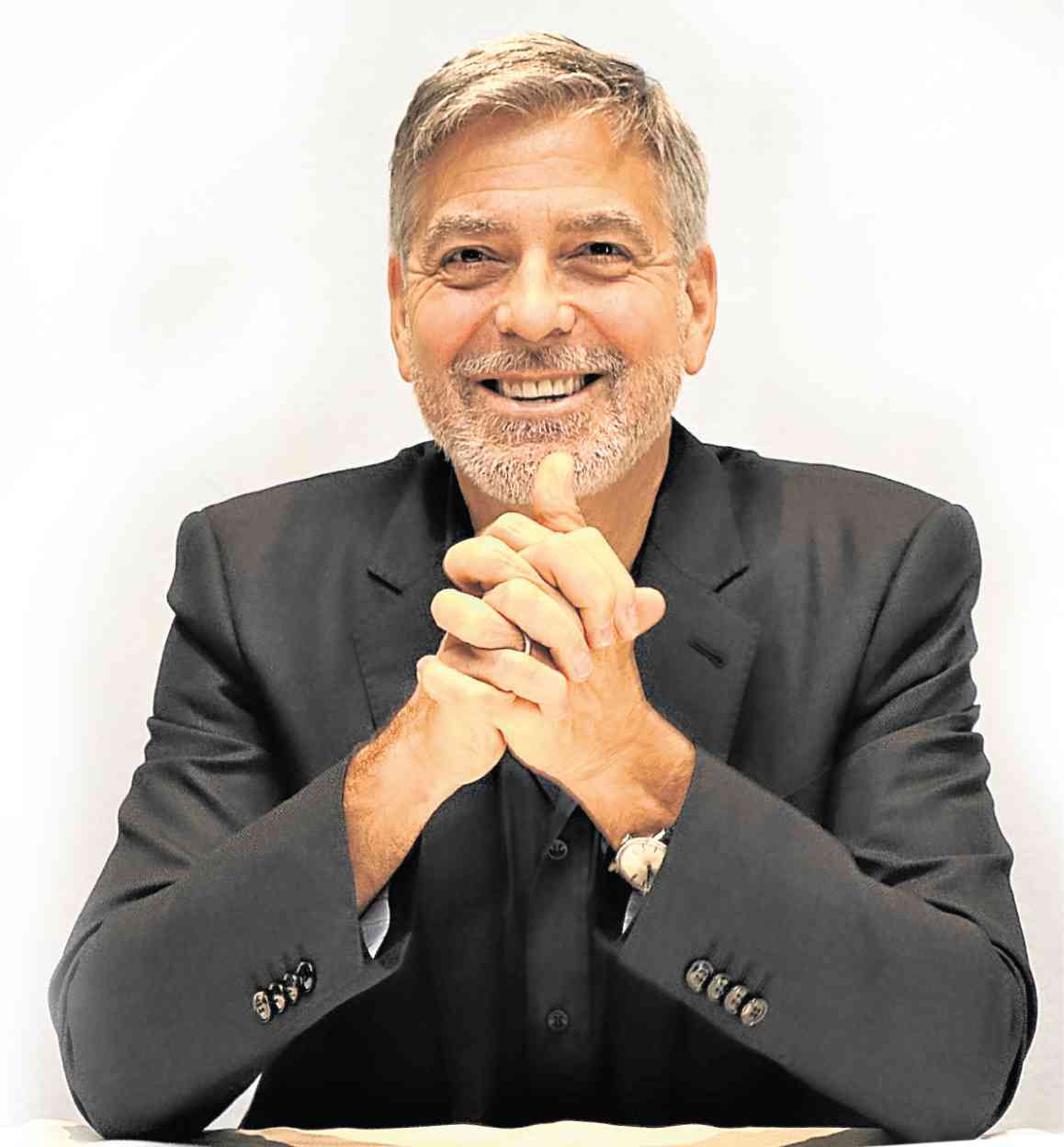 LOS ANGELES—“Do you guys know who Maria Ressa is?” George Clooney began when he answered my question about the recent launch of TrialWatch at the Columbia University Law School, in which Maria Ressa, CEO and executive editor of Rappler, was one of the speakers in the program’s panel, “Journalism Should Not Be A Crime.”

“Ressa is facing a string of cases in the Philippines as the Duterte administration slams Rappler for its critical coverage. Ressa has since posted bail eight times and has been arrested twice,” Rappler wrote in its story on the launch of TrialWatch, which aims to safeguard the rights of journalists, dissidents, minorities, women and LGBTQ individuals.

George was speaking to a group of journalists in Los Angeles primarily to tout Hulu’s “Catch-22,” the miniseries adaptation which he codirects and stars in, along with Christopher Abbott and Kyle Chandler (more about this show in a future column).

“We did a conference at Columbia University with Maria Ressa, Jason Rezaian (Washington Post journalist, who was jailed in Iran) and Mohamed Fahmy, who is the journalist from Al Jazeera (imprisoned in Egypt),” continued George.

He and his wife, lawyer Amal, cohead the Clooney Foundation for Justice, which launched TrialWatch, a program that “will train and send monitors to observe legal proceedings in nations where human rights may be at risk,” according to the foundation’s website. 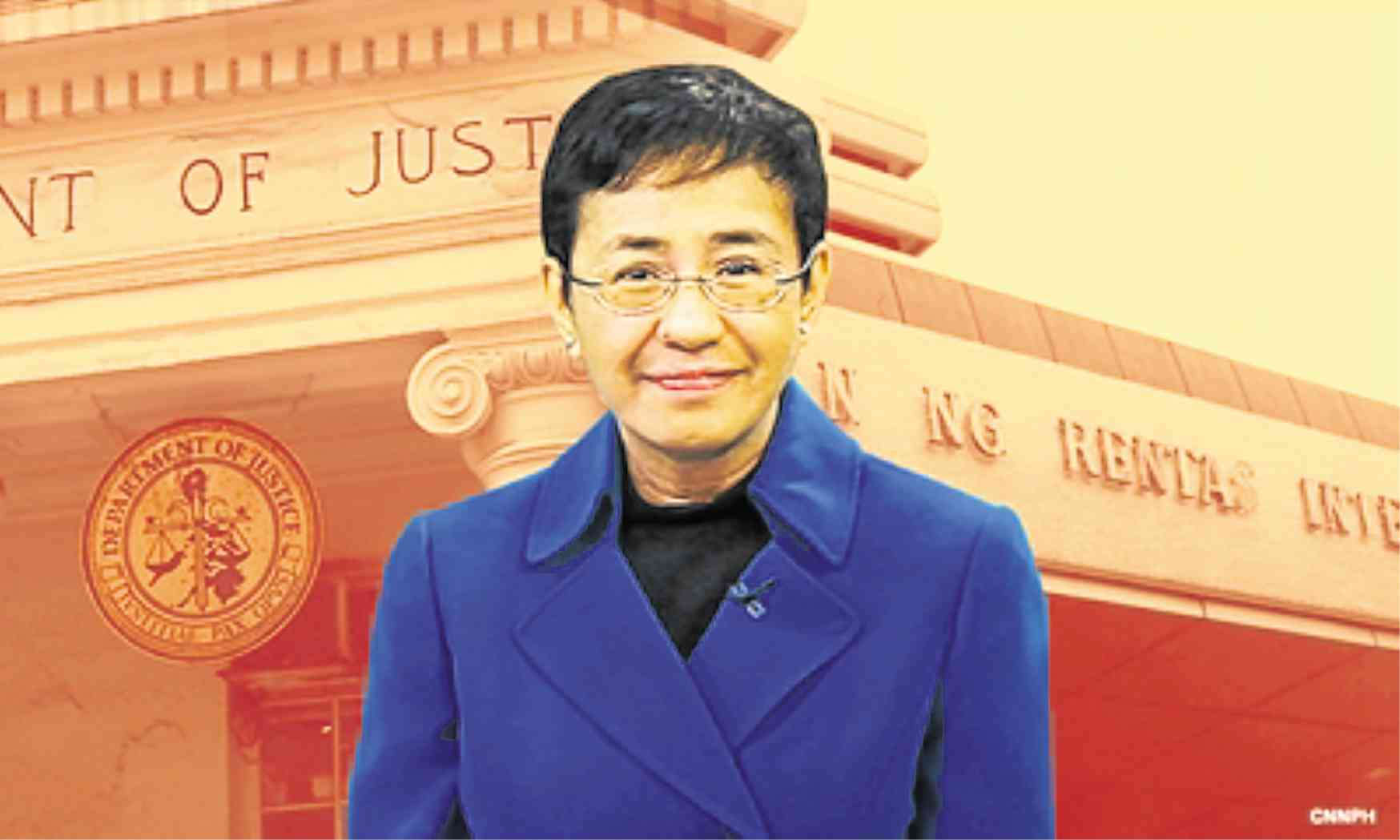 Referring to Maria Ressa, Mohammed and Jason, the Oscar and Golden Globe winner said, “These are guys who all went to jail for doing their job, which is what you guys do. That is unfortunately happening more and more, not just going to jail, but also being killed.

“Maria Ressa is the bravest of them all right now because she keeps going back (to the Philippines), risking not only jail time, but her life, in a real serious way. Rappler is a pretty amazing thing and she was doing everything live while we were there. She is that version of us at our best, holding truth to power. So she should be supported by all of us as loudly and as often as possible.”

On the origins of TrialWatch, which partners with the Office of the United Nations High Commissioner for Human Rights, the American Bar Association, Columbia Law School and Microsoft Corporation, George explained, “Amal and I looked at what we could bring together to try and change things. Many governments are using the judicial system to commit crimes, basically, and they are using that and saying, OK, they’re found guilty. And the judge isn’t even a lawyer.

“That is exactly what happens. For Fahmy, the judge wore sunglasses at the trial and sat there in Egypt and he was called ‘The Executioner’ or some stupid name like that.

“So, our version is to democratize trial watching by being able to deputize people to go in and record, either on an app which we have or whatever, what is going on. So that we can have translations, real-time information and ultimately try to build a justice index of 194 countries, and saying, here is where we stand. And that includes the United States, by the way.

“It’s a long process and it is one that we are excited about. It fits in with The Sentry (an investigative team cofounded by George and John Prendergast ‘that follows the dirty money looted by the war criminals most responsible for Africa’s deadliest conflicts,’ according to the Clooney Foundation for Justice’s website) that I work with, which is chasing warlords’ money down, which is fun.

“You should see those days when I sit down with the head of a big bank and I say, ‘Here is our forensic accountant’s evidence that these warlords or presidents of countries, have embezzled $400 million and stuck it in your bank in a shell company.’

“Then I can say, ‘Now, we are telling you what or who that is. And either you are going to do something about it or I am going to hold a press conference and say that you are helping finance warlords.’

“[For instance,] the boycott of hotels by wealthy people doesn’t harm the sultan of Brunei. But what harms him is when all the banks, all the financial institutions come out and say, ‘That’s it, we are out of the Brunei business.’ And then sultan puts out a statement [that Brunei would not stone people convicted of gay sex, adultery or rape to death, and it would ratify the UN Convention Against Torture].”

George, the son of Nicholas Joseph Clooney (a journalist, anchorman and TV host), and Nina Clooney (a beauty queen and a former city councilwoman), remarked about his activism: “I get involved in the things that matter to me. For the most part, it’s hard to succeed, but it’s certainly worth the effort. And to not try to do that is a crime.”

“I had to work that hard on extremism in certain countries,” George added.

“If you look at the United States, its history of handling the refugees, it’s been very good sometimes and it’s been very bad sometimes. This is a bad moment. John Bolton (National Security Adviser) and Mike Pompeo (Secretary of State) who basically said that not only are they going to deal with the International Criminal Court, they will pull the visas of anybody involved (in investigating war crimes and abuses by US forces in Afghanistan and other countries). And that they will arrest the International Criminal Court (personnel).

On how he and Amal, who have twins (Ella and Alexander, born in 2017), weigh the dangers of espousing causes and fighting oppressive regimes, George answered, “We talk about what are cases that would be detrimental in a way, that are more dangerous. I said that I am going to stop going to war zones where it is dangerous and where I have been put in some pretty hairy spots. 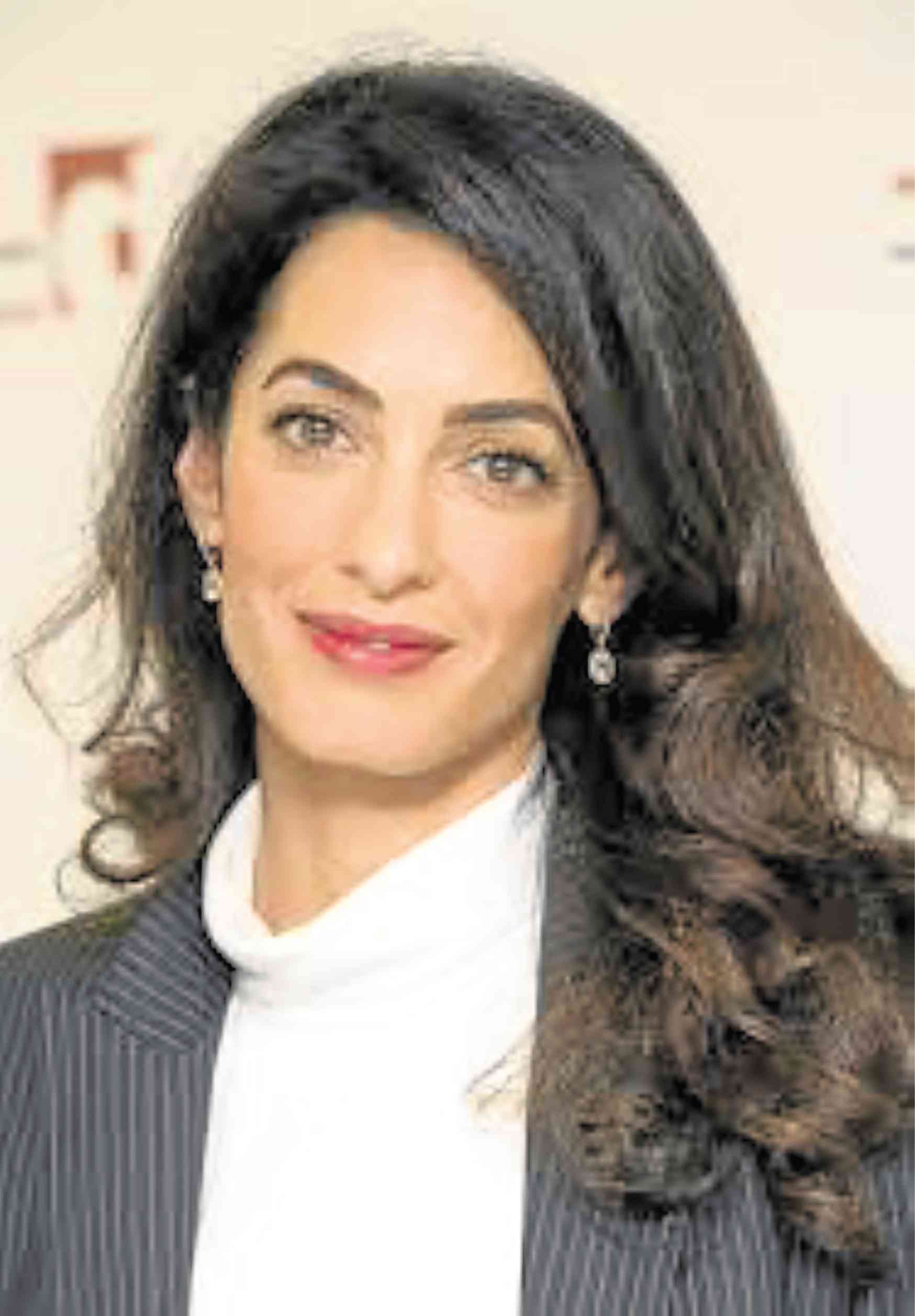 “And Amal is going to stop going to certain places. She has been in some pretty rough places. She was in a bunker trying Hezbollah for killing Hariri.

“She is also taking on this role in England of working with the English government about press freedom.

“She was on her way to the Maldives, which sounds like a great vacation spot. They stabbed her cocounsel in the head with a knife the day before she got there.

“But she is tough as nails, and she is going to keep doing what she believes is the right thing to do. Our family motto is ‘pick good fights.’ It’s good, it’s exciting.”

On what safety precautions they take, George pointed out, “My wife is taking Islamic State to court. This is the first trial against IS. We have to pay attention to things, obviously.

“But we also have to live our lives in as normal a way as possible. I do try to not surround myself with the kind of protection that makes me isolated in a way.

“We have to change hotels sometimes and things like that. But that is only just out of precaution.”

The actor, who is distantly related to America’s revered 16th president, Abraham Lincoln, ruled out a career in politics. “I am not going to get into politics,” he stressed. “I said that every time everyone has asked me.

“I am willing to stand very firmly on the things I believe in, then let the chips fall where they may in terms of what I am doing in my life. That means that sometimes, which has happened before when I was against the war in the Gulf, that people were protesting [against me when I was in] the theater.

“You can’t demand freedom of speech and then say, but don’t say bad things about me. If I were in government in any way at all, I would have to make compromises that I am not prepared to make.”

Read Next
Jason Dohring back for another ‘Veronica Mars’
EDITORS' PICK
Taal Volcano and surroundings have become ‘inflated’
San Mig Light celebrates its 20 years in Poblacion
China’s Xi says coronavirus outbreak must be taken seriously
‘A greener, cleaner tomorrow’: A how-to guide for Filipinos who want to help with today’s energy crisis
What exactly did Vilma Bautista — Imelda’s ex-aide — do?
James Reid, Nadine Lustre confirm split
MOST READ
Taal Volcano and surroundings have become ‘inflated’
Ayala Land bares facts on Technohub deal: P4B in lease to UP
If Marcos runs in 2022 polls, he must accept results – Robredo
Pilot test of motorcycle taxis may be ended early
Don't miss out on the latest news and information.

TAGS: George Clooney, Journalism Should Not Be A Crime, Maria Ressa