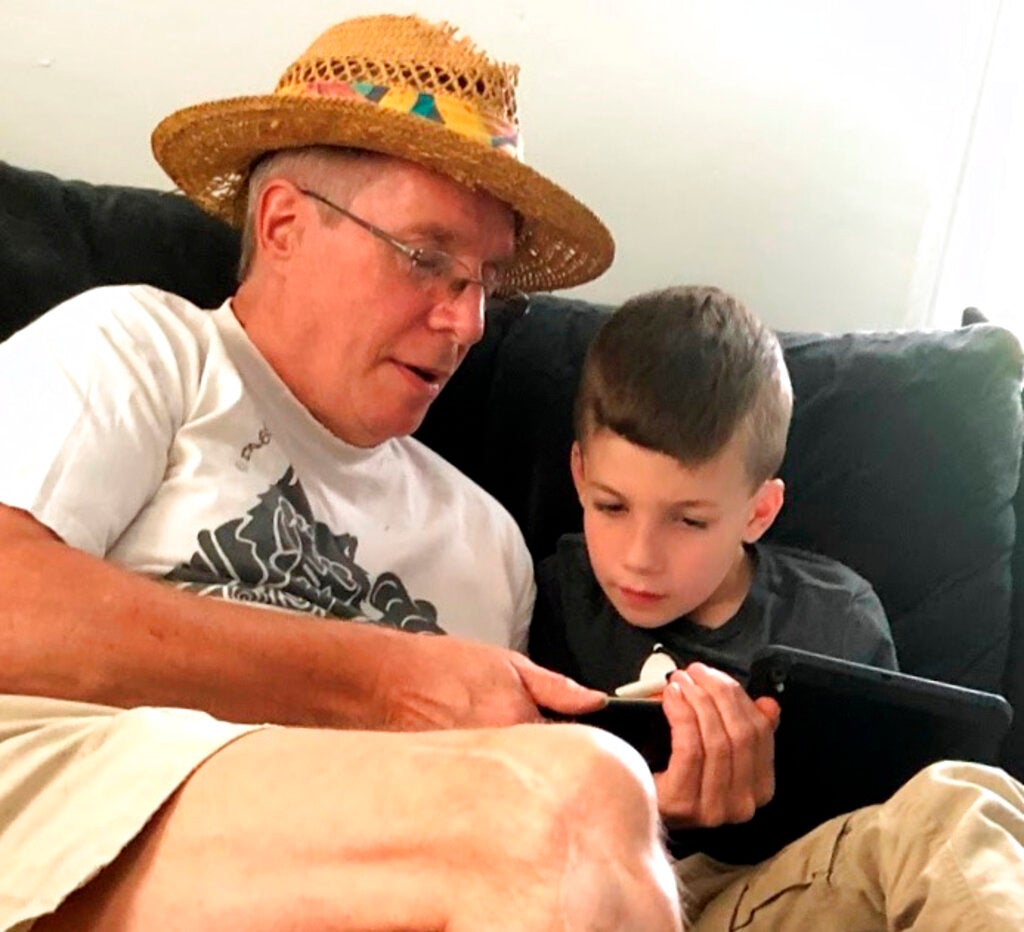 Ronan Mattin with his grandfather  Stephen Mattin at their residence in Kensington, New Hampshire in this summer 2018 file photo.   (Al Mattin via AP)

BOSTON — A performing arts group has found the child who was literally wowed by a recent classical music concert.

The Handel & Haydn Society had just finished a rendition of Mozart’s “Masonic Funeral” at Boston’s Symphony Hall on Sunday when a youngster blurted out: “WOW!”

The group was so charmed that they launched a search for the “Wow Child” with the help of audio of the moment captured by WCRB-FM. The child is 9-year-old Ronan Mattin, of New Hampshire, WGBH-FM reported Thursday. He attended the concert with his grandfather Stephen.

Ronan’s grandmother had seen a report on TV that said the society was looking for the child.

Stephen Mattin said Ronan is on the autism spectrum and expresses himself differently from how other people do. He said his grandson is a huge music fan.

“I had told several people because I thought it was a funny story,” Stephen Mattin said. “About how he was expressing his admiration for the performance and put everybody in stitches.”

Handel & Haydn President David Snead said he is setting up a Skype meeting with Ronan and Harry Christophers, the society’s artistic director who was conducting the night of the performance. The society will invite Ronan and his family back to the venue in October, when the 2019-2020 season opens, for another Mozart performance conducted by Christophers.

Snead called Sunday’s experience one of the most wonderful moments he’s ever had in a concert hall.