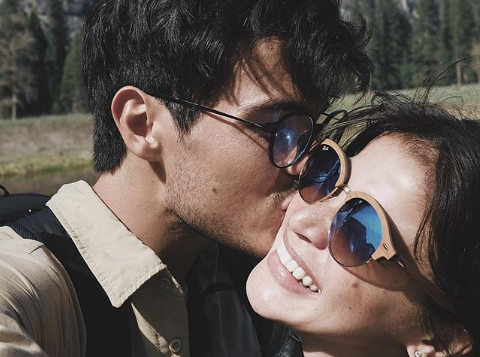 Celebrity couple Anne Curtis and Erwan Heussaff recently spent some time together enjoying nature in Yosemite National Park in California, United States. The couple, however, experienced a bump in the road as they got lost in the middle of the woods.

Heussaff gave his viewers an extreme case of wanderlust in a California travel vlog uploaded on YouTube on Monday, May 6, capturing their adventure. Heussaff captured their food trips and the sceneries — including their minor mishap in the woods.

“So Erwan got us lost. He said it was going to be a leisure walk. We do not even know where we are,” Curtis said nervously.

As they were finding their way back on track, the Filipino-Australian actress was looking angrily at her husband. Erwan then jested, “Can you stop looking at me like that?”

“We are far off from where we are supposed to be,” Curtis bemoaned.

Eventually, the couple found their way and headed to their base camp, where they stayed in a trailer van. The next day, Heussaff and Curtis trailed Yosemite National Park to see the famous Nevada Fall.

Heussaff and Curtis also met with Solenn Heussaff and Nico Bolzico, as they blended in with the locals by eating street food and playing billiards.

To end their trip, the couple indulged themselves with wine and cheese in Napa Valley, California, known for its wineries. JB