NEW YORK — Barack and Michelle Obama on Tuesday unveiled a slate of projects they are preparing for Netflix, a year after the former president and first lady signed a deal with the streaming platform. 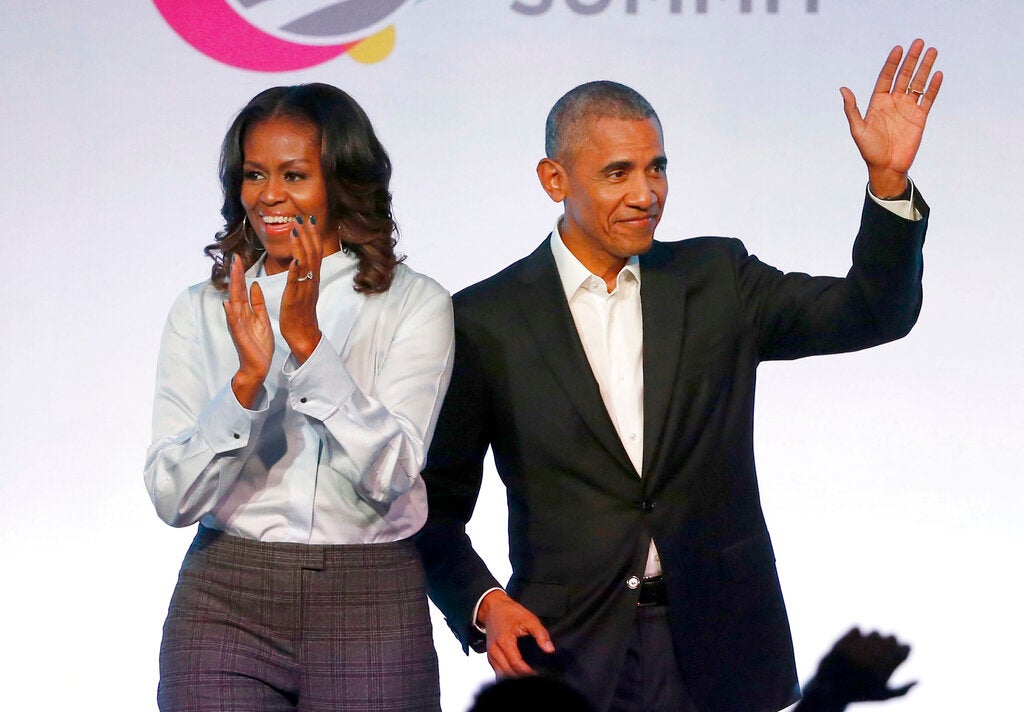 The Obamas’ production company, Higher Ground Productions, on Tuesday announced a total of seven films and series that Barack Obama said will entertain but also “educate, connect and inspire us all.”

The Obamas are also developing an upstairs-downstairs drama set in post-WWII New York titled “Bloom,” and an adaptation of The New York Times “Overlooked” obituary column, about deaths unreported by the paper. A half-hour show for preschoolers titled “Listen to Your Vegetables & Eat Your Parents” will instruct kids about food.

“We love this slate because it spans so many different interests and experiences, yet it’s all woven together with stories that are relevant to our daily lives,” Michelle Obama said. “We think there’s something here for everyone — moms and dads, curious kids, and anyone simply looking for an engaging, uplifting watch at the end of a busy day.”

The projects are to be released over the next several years. NVG