Brie Larson, fresh from the success of “Captain Marvel,” recently thanked fellow actress Tessa Thompson, who plays Valkyrie in Marvel Studios’ films, for writing about her in Time magazine’s annual list of 100 most influential people.

Larson, who previously shared fan art that “shipped,” or unofficially paired their Marvel heroines, posted on Twitter a link to Thompson’s article, and thanked both the magazine and her “Avengers: Endgame” costar. 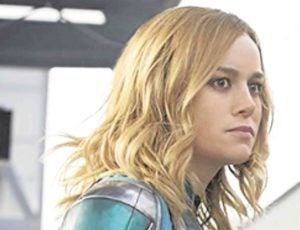 “Thank you, Time, and my dream girl, Tessa Thompson, for this recognition,” tweeted Larson.

Thompson wrote, “Brie Larson is a warrior on-and offscreen. When she’s not shattering records and stereotypes as Captain Marvel in Marvel Studios’ first female-led superhero movie—which has made more than $1 billion at the global box office—she’s fighting fiercely for gender equality, inclusivity and an end to sexual harassment in the workplace.”

Thompson, who stars in “Westworld” and will be in the new “Men in Black” film, added, “Her activism is an extension of who she is … Brie is primed to be one of Marvel’s next big leaders at a time when women are breaking ceilings in all spaces. She is in a position to make real systemic change in Hollywood. I’m elated to see someone so pure of intention wield that power.” —OLIVER PULUMBARIT