MANILA, Philippines — Five Filipino films will be showcased in the 21st Far East Film Festival in Udine, Italy happening from April 26 to May 4, 2019. 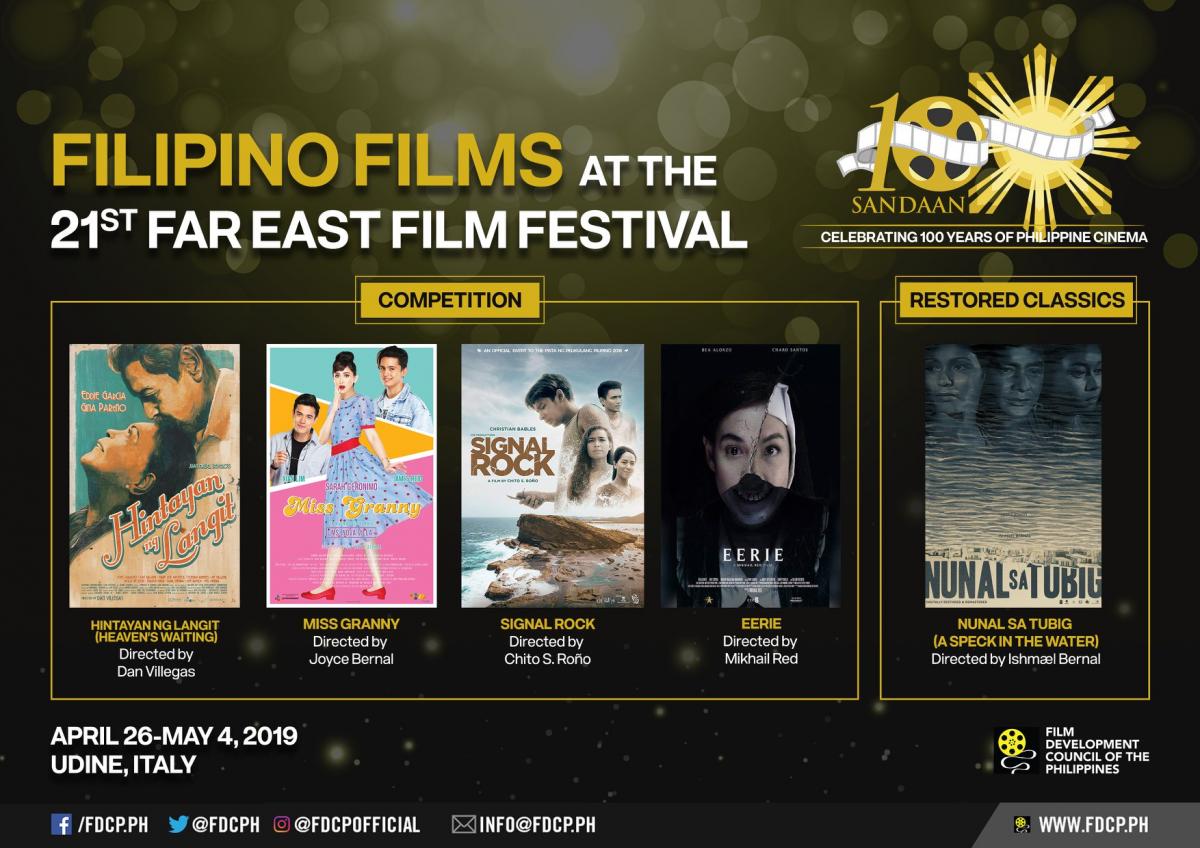 Photo courtesy of Film Development Council of the Philippines

“Nunal Sa Tubig” directed by Ishmael Bernal, on the other hand, is among the restored classics set to be screened in the film festival.

FDCP said it will provide support to the selected films through its International Film Festival Assistance Program (IFFAP).

“We are always glad that we could be of assistance to our very own filmmakers who made it to international film festivals to represent Philippine cinema,” FDCP Chairperson Liza Diño said.

As the Philippines was the country of focus in last year’s film festival, Diño expressed thanks to the festival for featuring Filipino films anew.

“Last year, the Philippines was chosen as the Country of Focus in the Far East Film Festival as part of the celebration of the One Hundred Years of Philippine Cinema, and we are pleased that the festival continues to showcase different voices from around the world by including Filipino films in their lineup this year,” she said.

Meanwhile, Red’s “The Grandstand” and Phyllis Grae Grande’s “Everybody Leaves” will be presented in panels, one-to-one meetings and screenings to more than 200 industry professionals for co-production and co-financing in Europe and Asia.  /muf