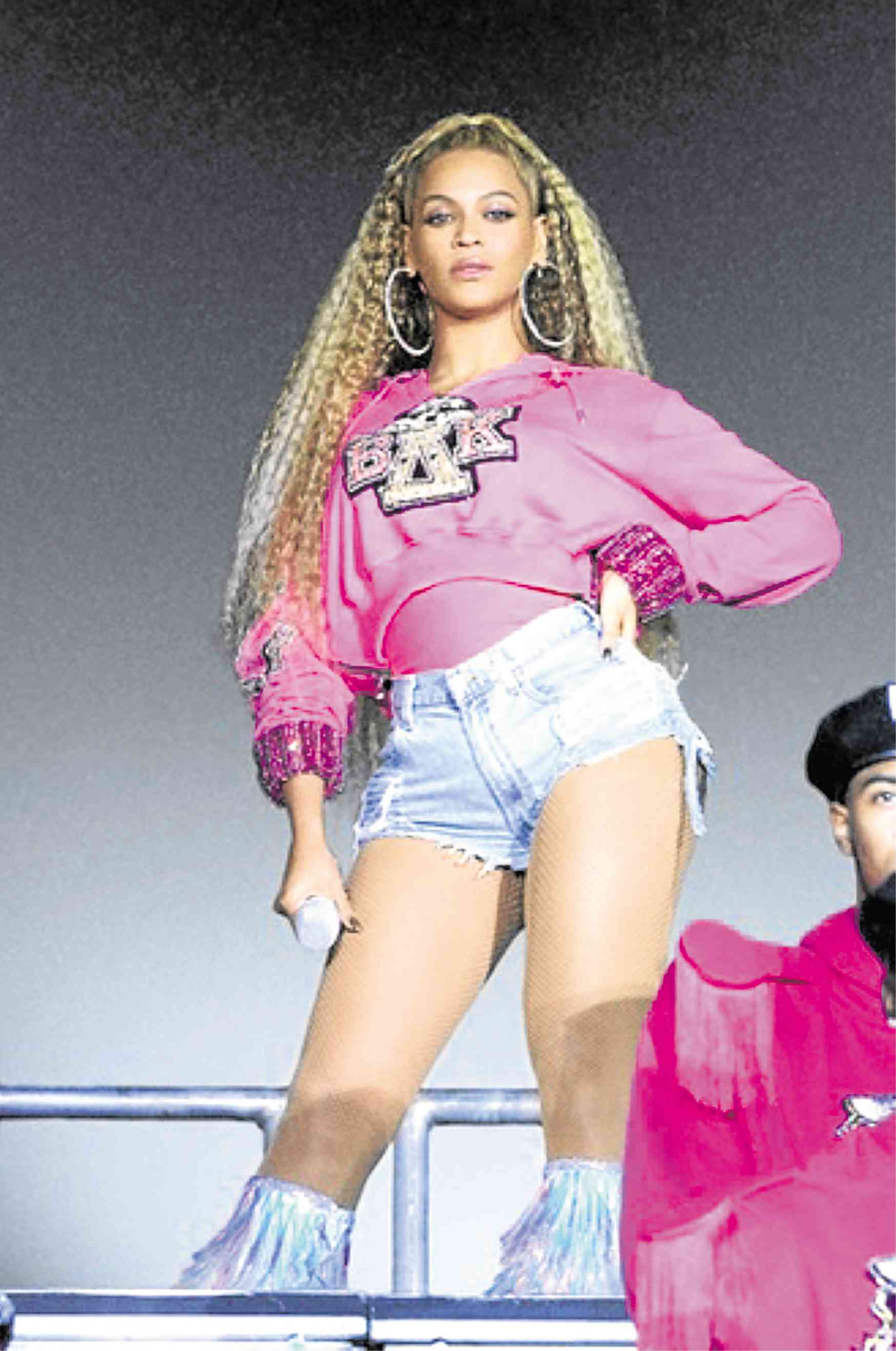 Beyoncé’s meticulously crafted, high-energy 2018 Coachella show gets the concert-documentary treatment in “Homecoming: A Film by Beyoncé,” which showcases the R&B star’s stellar talents, while revealing the hard work and team effort necessary to pull it off in behind-the-scenes footage.

Kicking things off with “Crazy in Love,” the artist is dressed like an Egyptian queen, but ditches the stylish costume backstage for a more functional hooded sweatshirt and denim shorts.

Her stage is mainly filled up with sports stadium seats—occupied by her African-American dancers, marching band, orchestra and backup singers.

Currently streaming on Netflix, the film is directed and written by Beyoncé herself, featuring some of her most resonant, defiant and adult-oriented songs.

She gets to exhibit a pervading attitude—in the standout “Formation” (“I’m a star, I’m a star/’cause I slay, slay”), “Sorry” (“I don’t give a f**k”), and “Don’t Hurt Yourself” (“Tonight I’m f**king up all your sh*t boy”)—and these profanity-heavy songs are some of her more memorable “Lemonade”-era songs.

The coruscating numbers bookend videos and audio narrations that provide backstories, not only for the show, but the celebration of black culture, as well.

“My college was Destiny’s Child,” Bey says of her old girl group, in one of her recorded voice-overs. “My college was traveling around the world. Life was my teacher.”

She describes the “amount of swag” provided by the performing participants as “just limitless.” “I wanted a black orchestra … I wanted different characters. I didn’t want us all doing the same thing,” she relates.

“The things that these young people can do with their bodies, and the music they can play … it’s just so much damn swag. It’s gorgeous. It makes me proud,” declares the artist, who is affectionately called “Queen Bey” by fans.

The inclusivity, she adds, transmits to the viewers. “I wanted every person [who] has ever been dismissed because of the way they look to feel like they were on the stage, killing it.”

And her collaborators do “kill it,” in percussion-heavy numbers that are in perfect sync with her complicated choreography. Getting there took a lot of preparation, as footage of her getting back to performing shape after giving birth to twins illustrates the difficulty of her situation. Rehearsing and being a mom to three children “was a lot to juggle,” but they were challenges she triumphantly surmounted.

One of the showstoppers is her Destiny’s Child reunion with the group’s other former members, Kelly Rowland and Michelle Williams. The ladies perform a rousing medley of “Lose My Breath,” “Say My Name” and “Soldier” to the delight of longtime fans.

“As a black woman, I used to feel like the world wanted me to stay in my little box,” she says during a breather. “We were able to create a free, safe space where none of us were marginalized.”

And the revelatory “Homecoming,” which also has a newly released live soundtrack, certainly is that empowering space. The fact that she headlined Coachella as its first black female performer is certainly a big deal, not only to Beyoncé, but to her coperformers and audience, as well—and it sure feels that way.