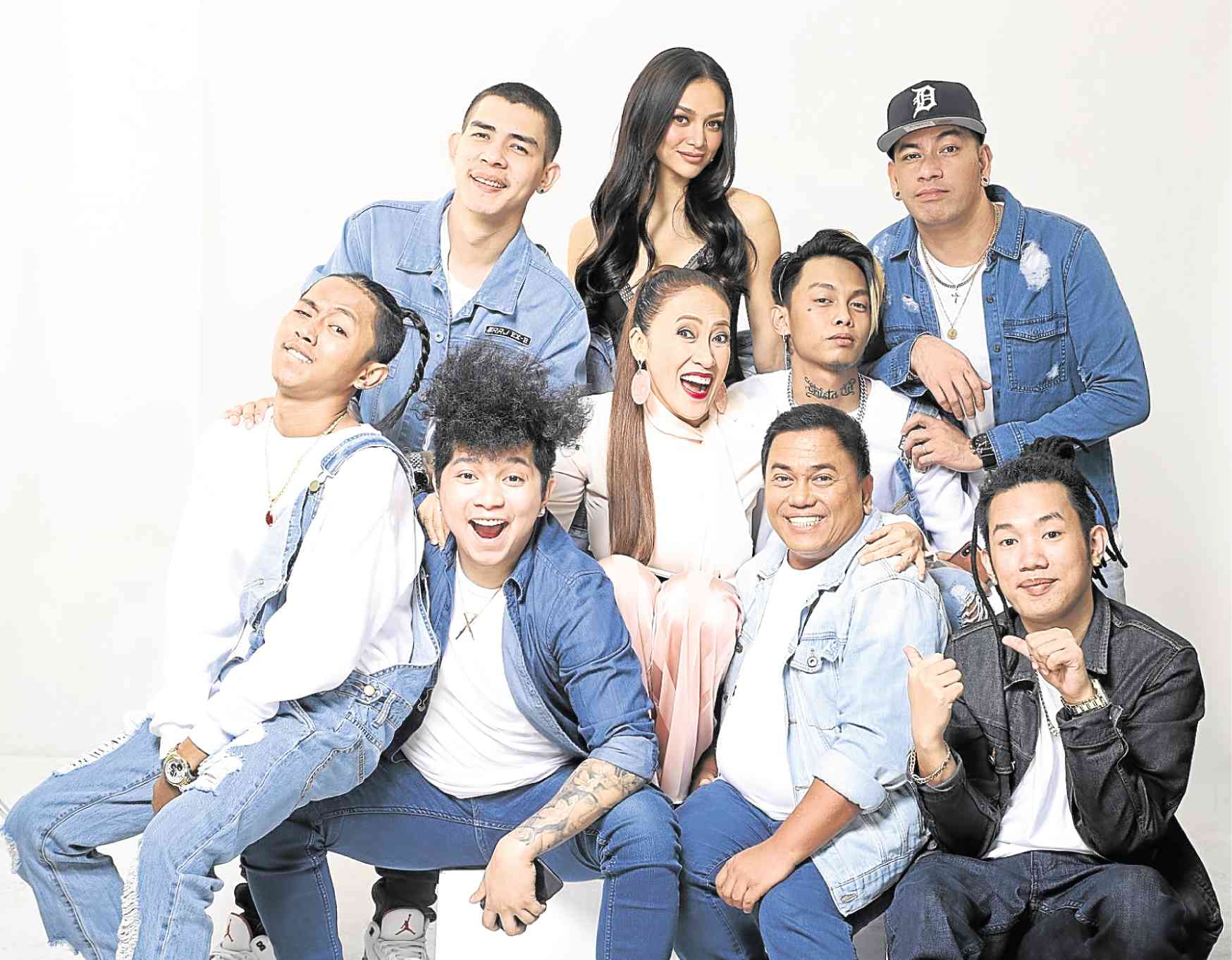 And as the boys cross over into mainstream show biz through Viva Entertainment’s coming comedy film “Sons of Nanay Sabel,” they quickly realized that it’s an entirely different world from the one they’re used to.

“In creating videos for the internet, anything goes, pretty much; we can be more spontaneous. We can say things that are more explicit. But for this film, we had to undergo workshops. There’s a script we have to follow, and we have to deliver certain facial expressions,” Skusta Clee told the Inquirer at a recent press conference for the “Sons,” which opens on May 1.

“Our music and what we do online are our passion, so they just come out naturally,” added Flow G, who, together with his Ex B mates, came up with the viral rap hit, “Hayaan Mo Sila.”

Directed by Dado Lumibao, the film follows Sabel (Ai-Ai delas Alas) and her funny exploits, as she tries to locate her estranged sons (Ex B) and make up for lost time.

“We were admittedly scared at first because this isn’t our world,” said James, who admitted that many of them required over 10 takes to nail some of their scenes.

“To be honest, I wanted to quit on the first day,” jested Emcee Rhenn. “But as filming went on, we learned how to enjoy the experience.”

Flow G credits Ai-Ai and Direk Dado for guiding him and the others through the process.
“We had no experience going in; we’re no good at acting. But they continued to encourage and challenge us,” he said.

The six are currently managed by Ai-Ai, whom they fondly call Mama Ai. More than the acting tips, the rappers appreciate how the seasoned comedienne guides them in navigating the entertainment industry.

“Never did we think that we will be starring in our own movie,” Skusta Clee related. “We tend to be impulsive, but she tries to temper that. She explained to us the dos and don’ts in show biz.”

But because Ai-Ai and Ex B had completely different backgrounds, misunderstandings, James admitted, were inevitable.

“Sometimes, she would ask us to do something a certain way. But matigas ang ulo namin and would insist on doing it our way. There have been clashes, but later on, we realize that what she was doing was for our own good,” he said. “But the good thing about her is that she doesn’t impose. She just warns us what could happen, what are the consequences of our actions.”

Ai-Ai quipped that managing Ex Battalion can indeed be a headache at times.

“Your children aren’t always in the best of moods, but you accept that because you’re their mom. Minsan, mabu-buwisit ka , then you will love them again,” said Ai-Ai, who admitted that there had been times when she wanted to let them go.

“But, I have to be understanding because I brought them to a different world,” she pointed out. “And besides, you can’t deny that they’re good at what they do—rapping and writing music.”