Actress Chin-Chin Gutierrez, who has long left her showbiz career, is now reportedly a nun. 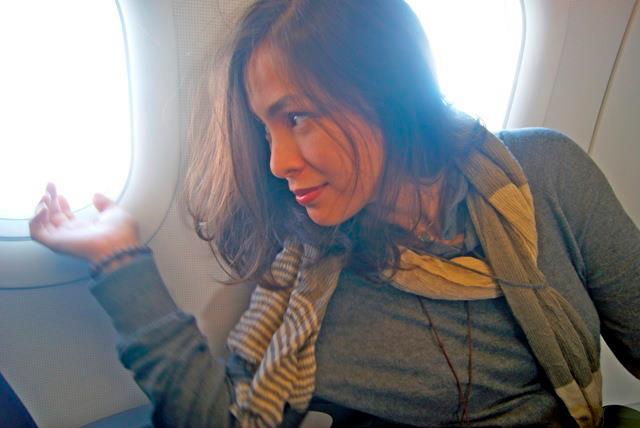 A Facebook post last March 29 from one Vicksay M. Josol lauded her decision to become a Carmelite nun who is supposedly known as Sister Lourdes.

GOD really works in ways we could hardly fathom!Congratulations for answering the call to Vocation SR. LOURDES. PRAYERS…

The post has gained 8,000 likes as of this writing, with netizens praising “Sister Lourdes” for her choice of vocation. However, it is not the first time that such a rumor has surfaced.

In 2013, the same rumor circulated online, which was then debunked by Gutierrez’s former manager, Angela Ureta.

Ureta said in a May 2013 Facebook post that Gutierrez is an “ecological lay worker who collaborates with many religious institutions as part of her advocacy.”

A lay worker is a person who works in a religious organization but is not a member of the clergy.

Ureta said then that the former actress has a Facebook page managed by volunteers from a foundation she created.

Though the page is regularly updated, it does not feature Gutierrez’ present life and mainly shares posts about religion and environmental advocacies.

The former actress also has a website, though it is not indicated when it was last updated. In the webpage of her advocacies, it states that “she is a highly sought-after resource speaker and lecturer for environmental education.”

During her acting days in the 1990s and 2000s, Gutierrez gained fame for her role as Maria Clara in the TV show “Noli Me Tangere,” and was part of the John Lloyd Cruz teleserye “Maging Sino Ka Man.”

Her talent shone in a range of films like “Jose Rizal” and “Sa Aking mga Kamay.” Her last projects were 2010 TV shows.

Gutierrez used her platform to advocate the environment and cultural heritage. She was named one of Time magazine’s “Asian Heroes” in 2003 and was featured in one of its covers for her work for the cause of the environment. In 2006, she created a foundation Alaga LAHAT Inc. to promote sustainable lifestyles.

Gutierrez has also been devoted to religion and spirituality. In a 2013 documentary “Portraits in Faith,” she gave her insights into serving God throughout her life. She explained that caring for the environment “is also about our sanctification. It’s also about our sacredness. It’s all about knowing we are home and treating one another as part of home.”  /ra

Viewers extol luminaries who inspire them