‘Peaky Blinders’ crime boss to ‘come good’ in the end

Having just wrapped the shooting of the fifth series of the cult British drama, Knight hinted that crime boss Shelby — played by Irish star Cillian Murphy — may be about to have a road to Damascus moment.

“Tommy Shelby — who begins as this nihilistic, looking out 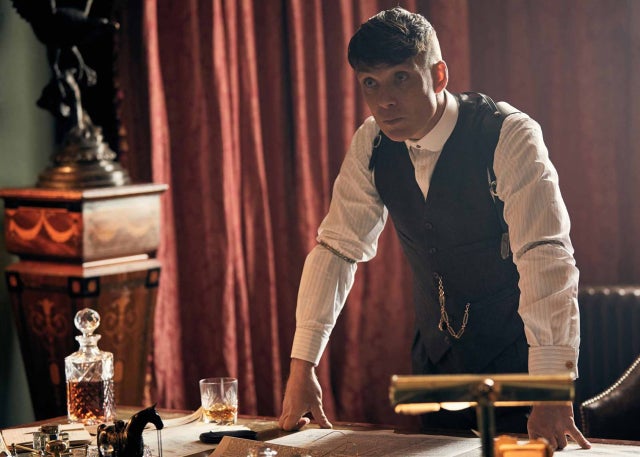 only for his family person — will be redeemed, and he will become good” by the end of the final seventh season of the show, Knight told a masterclass at the Canneseries festival in the French Riviera resort.

Knight said that he always planned for the show, which follows the travails of a traveler clan between the wars, to “end with the first bombs falling on Birmingham” at the start of World War II.

In previous seasons, Shelby, who is traumatized having survived the horrors of the WWI trenches, becomes a gangster who rises to control the underworld of England’s second city, rubbing shoulders with Irish republicans as well as the British aristocracy on the way.

But by the time he reaches the final season, Shelby will be a changed man, Knight said.

“I want to take him on that journey from the person we saw at the start”, who was capable of murder at the drop of a flat cap, “to the person he will become in 1939”, he added.

Knight said the series had portrayed the lives of working-class British people in a way never seen in period dramas by giving them “a bit of glamour”.

“The tradition in Britain is if you do anything about working-class people they either are scary or funny. We must feel sorry for them,” he said.

“My experiences of working-class life was of people enjoying themselves, having a laugh, having fun, having self-respect.

“They were in control of their own destinies to an extent, and so I wanted to reflect that. So you have a working-class environment (in the show) where these people are sort of an aristocracy within their own community,” he added.

Knight, who made his name writing the film “Dirty Pretty Things” and helping to come up with the “Who Wants to Be a Millionaire” quiz show format, said “Peaky Blinders” was inspired by stories his parents told him about a family of gangsters who operated an illegal gambling operation in Birmingham when they were children.

As well as the fifth season of the show which will be screened later this year, Knight said he has written a version of Charles Dickens’ “A Christmas Carol” for the BBC, which will be shown at Christmas.

It is one of several Dickens’ novels which he is planning to bring to the small screen. NVG