Justin Bieber was quick to react when a magazine dubbed Shawn Mendes as “prince of pop.” 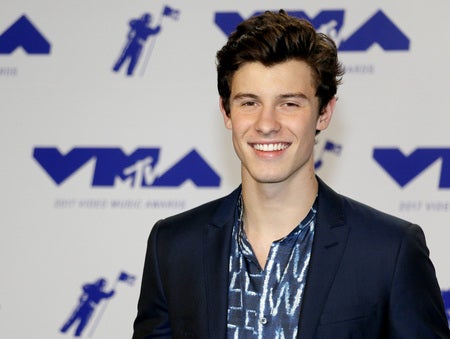 Bieber thought to contest the title given by Observer magazine, which made Mendes its cover boy.

“Hmm gonna have to break a few more records to dethrone my title there bud,” Bieber commented on Mendes’ post on Monday, April 8.

As it turns out, Bieber would rather be friends than rivals. “(Canadian voice)… but if you want we can play hockey for it but I heard your (sic) a real bender on the ice we could just drop the buckets and tilt for it.”

For those who might have taken it the wrong way, he further clarified, “There is no competition and it was playful joke people relax… there’s (sic) no sides we’re all here just to make dope music. I’m just competitive as is he so it was just a little playful jargon.”

Mendes wrote back, “LOL any time any day you just let me know!”

Bieber does know a thing or two about hit songs, as he has been dishing records from “One Less Lonely Girl” to “Sorry” since he was a teen with side-swept bangs.

But Mendes’ rise up the charts is not one to disregard: Since his 2014 debut “EP,” his pop-rock songs have included “Mercy,” “Treat You Better” and “Stitches.”

He can also credit Bieber for being discovered, thanks to his covers of Bieber’s songs on the now defunct social media platform Vine.

Another thing that Bieber and Mendes have in common is being close to Hailey Baldwin, now Bieber’s wife.

There were speculations of a romance between Baldwin and Mendes when the two attended the 2018 Met Gala together last May.

Mendes said in a November interview with Rolling Stone that he and Baldwin were once more than friends, but refused to label it.

By July, Bieber and Baldwin were reportedly engaged and confirmed their marriage in November. However, it seems there is only respect and no bad blood between the two pop singers.  /ra