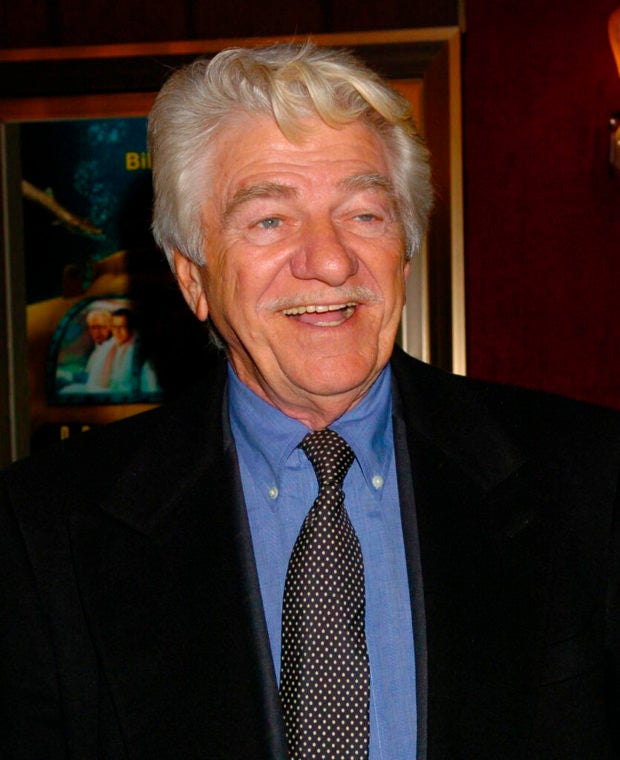 FILE – This Dec. 9, 2004 file photo shows actor Seymour Cassel at the world premiere of “The Life Aquatic” in New York. Cassel, who appeared frequently in the films of John Cassavetes and Wes Anderson, has died. His daughter Dilyn Cassel Murphy said Monday, April 8, 2019, that he passed away. He was 84. Born in Detroit, he made his way to New York in the 1950s to pursue acting. It was there that he met Cassavetes and made his film debut in his 1958 feature “Shadows.” Image: AP Photo/Louis Lanzano, File

LOS ANGELES — Character actors aren’t often called larger-than-life, but Seymour Cassel, was just that. The live-wire pillar of independent film known for his frequent collaborations with John Cassavetes and Wes Anderson, has died at 84.

With a thick head of hair, a distinctive voice — sly, squeaky and matter-of-fact — and a forehead lined with concern even as a young man, he always made an impression no matter how big the role, whether sharing top billing with Gena Rowlands as one-half of a volatile couple in “Minnie and Moskowitz” or posing as a cancer doctor for Gene Hackman in “The Royal Tenenbaums.” He even left legacies outside of his own industry, as the man who coined the nickname Slash for the eventual Guns N’ Roses guitarist Saul Hudson (he was childhood friends with Cassel’s son).

Born in Detroit, Cassel traveled frequently with his burlesque dancer mother as a child, and never met his father.
“I started performing when I was 3; I’d come out in a little checkered suit and pull down the clown’s pants — I loved that!” he told the Los Angeles Times in 1992. “I was a little ham and was a very open kid, probably because I was around adults all the time.”

He was an angry and rebellious teen, who started drinking at 13. His mother shipped him off to live with his godmother in Detroit, where he stayed until enlisting in the Navy at 17.

He eventually made his way to New York in the 1950s to pursue acting, launching a 60-year career with appearances in over 100 films. It was there that he met Cassavetes, who he said “saved” his life, and made his film debut in his 1958 feature “Shadows,” which he also associate-produced, almost by accident.

It was the beginning of a lifelong friendship. In 1959 he followed Cassavetes and Rowlands to Los Angeles where he lived in their guest house.

He’d go on to work for Cassavetes often, with roles in “Faces,” which earned him a Best Supporting Actor nomination in 1969, “The Killing of a Chinese Bookie,” “Opening Night” and “Love Streams”.

Working with Cassavetes got him on the radar of many and he’d get the chance to work with greats like Sam Peckinpah in “Convoy”, Elia Kazan in “The Last Tycoon” and Nicolas Roeg in “Track 29” and “Cold Heaven”.

His journey in Hollywood was not without issues, mostly the result of a hard-partying lifestyle with the likes of The Beatles and The Rolling Stones that took a toll on his health, marriage and family life. He’d even spent time in jail in 1982, and went into recovery in the mid-80s.

Cassel bounced back, however, and worked frequently in the 1990s, with roles in films like “Dick Tracy”, ”White Fang”, ”In the Soup”, ”Indecent Proposal”, ”Honeymoon in Vegas” and “It Could Happen to You”.

And then, in 1998 a new generation would meet him as a result of the beginnings of a fruitful collaboration with Anderson, as Bert Fischer in “Rushmore.” He’d go on to work with him twice more, playing the ill-fated Esteban in “The Life Aquatic with Steve Zissou” and Dusty the elevator operator in “The Royal Tenenbaums”.

He guessed that Anderson cast him because he liked his face.

Anderson said in a tribute reel in 2009 that Cassel was one of his favorite actors in the world, and that he met him, first, as a fan.

“It’s a dream to become an actor,” Cassel told the L.A. Times in 2009. “But it’s your dream. Don’t give up on it.”
Cassel is survived by three children, seven grandchildren and three great-grandchildren. The family has asked to consider donating to the Alzheimer’s Foundation of America in lieu of flowers. MKH

‘Young and the Restless’ actor Kristoff St. John dead at 52

From ‘Tom Jones’ to ‘Skyfall’: star Albert Finney dies at 82