Solange is no longer performing at Coachella | Inquirer Entertainment

Solange is no longer performing at Coachella 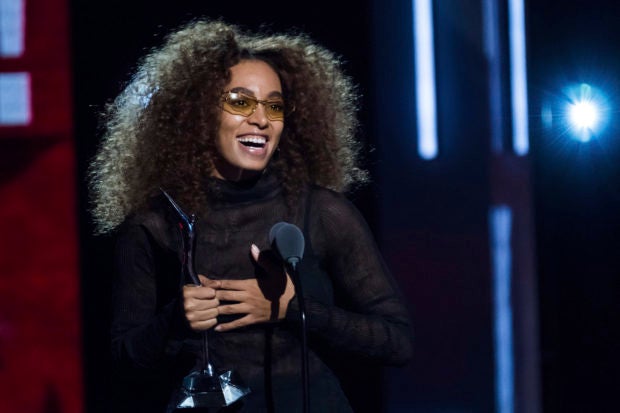 In this Aug. 5, 2017, file photo, honoree Solange Knowles attends the Black Girls Rock! Awards at the New Jersey Performing Arts Center in Newark, N.J. On Sunday, April 7, 2019, Coachella officials announced that Solange will not be performing at this year’s festival due to major production delays. Image: Invision/Charles Sykes via AP

Solange is no longer performing at Coachella.

The festival’s official Twitter account posted the news Sunday, writing: “Due to major production delays, Solange will unfortunately no longer be performing at this year’s festival.”

The announcement comes a week before the two-weekend festival in Southern California is set to begin. Performers at the popular event, from April 12 to April 14 and from April 19 to April 21, include Ariana Grande, Childish Gambino, Tame Impala and Janelle Monae.

Other performers this year include 1975, DJ Snake, Diplo and Weezer. CC