NEW YORK  – Seven films in, the DC Extended Universe is finally flying with some wind behind its back.

The well-reviewed, relatively modestly budgeted “Shazam!” debuted with $53.5 million in ticket sales over the weekend, according to studio estimates Sunday, handing DC its latest critical and box-office success.

Though one of the oldest characters in DC’s superhero stable, “Shazam!” doesn’t boast the name-recognition of Batman or Superman. 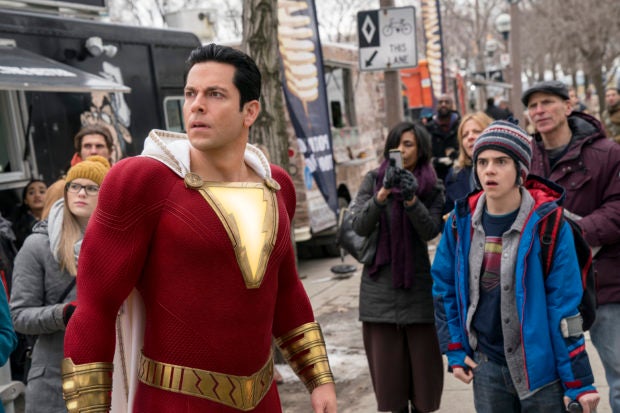 But by scaling back to a $100 million budget and going for the lighter, comic tone, “Shazam!” steadily built up its word of mouth with stellar reviews.

Warner Bros. also showed the film nationwide two weeks before opening, where it made $3 million in advance screenings.

“Shazam!” came out well ahead of the weekend’s other top draw, “Pet Sematary.”

Paramount Pictures’ remake of the original 1989 Stephen King adaptation opened in a distant second with $25 million.

It’s a solid start for “Pet Sematary,” though far from the haul that the last big-screen adaptation of King’s conjured up: “It” opened with $123.4 million in 2017.

Jeff Goldstein, distribution chief at Warner Bros., said the studio originally forecast a $40 million opening. “That was the right number for us,” Goldstein said. “That’s what we needed to make money on it.”

But expectations grew based on reviews (91% fresh on Rotten Tomatoes) and audience reaction (an “A” Cinemascore). The PG-13-rated film attracted an especially young crowd; 45% were under 25.

Warner Bros. has since steered its comic book adaptions in a different direction, leaning more on stand-alone entries less predicated on the overall “universe” and more fluctuating in tone.

Following “Wonder Woman” and “Aquaman,” ”Shazam!” makes it three in a row for DC superhero standalones.