SARAJEVO, Bosnia-Herzegovina — Bosnia’s capital city made Iron Maiden lead singer Bruce Dickinson an honorary citizen Saturday for a concert he performed while Sarajevo was under siege during the 1992-95 war. 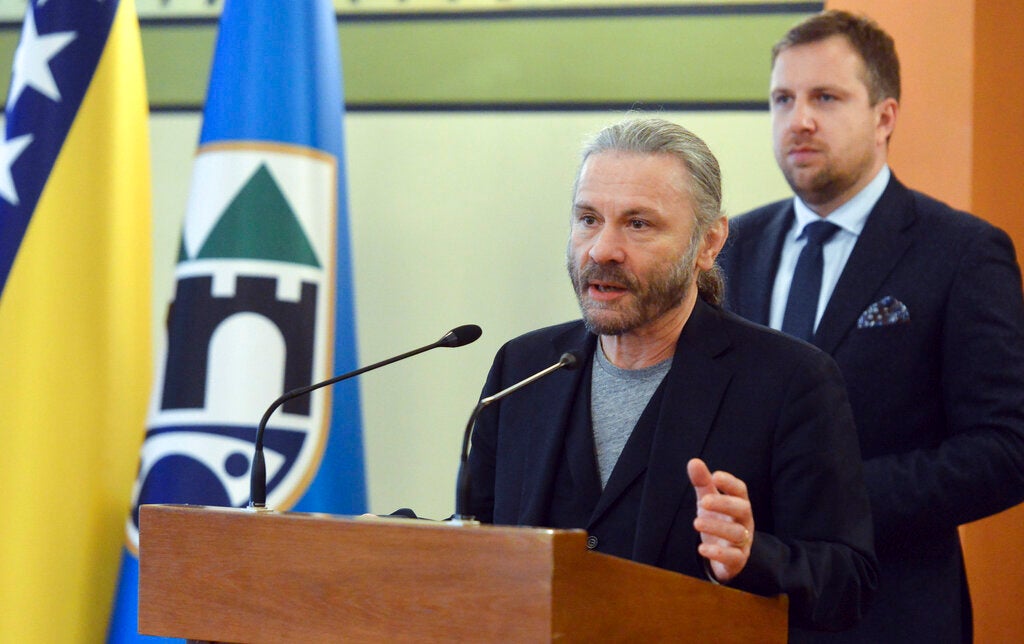 Mayor Abdulah Skaka presented the award at a ceremony in Sarajevo City Hall, which was badly damaged during the long Bosnian Serb siege of the city and since restored. 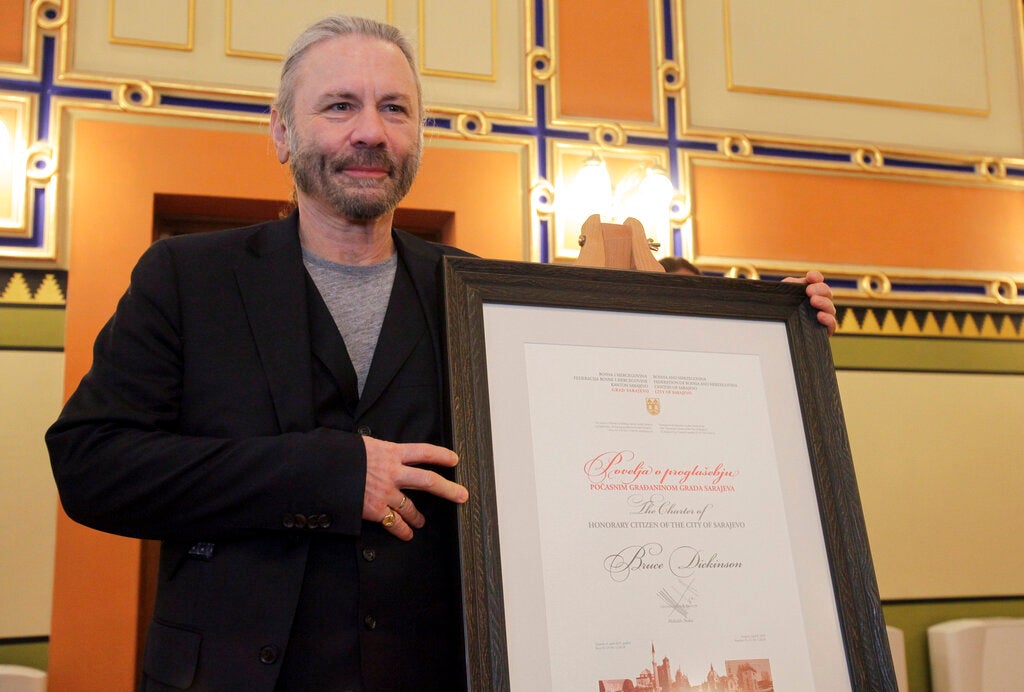 Saturday was Sarajevo Day, which marks the city’s 1945 liberation during World War II and the start in 1992 of the Bosnian Serb siege that killed more than 11,000 people, including 1,600 children.

Dickinson, who also walked through the city center greeting people and signing autographs, said that “it’s a great honor to be given the honorary citizenship of Sarajevo.”

“In a world where things only last for about five seconds on social media … people are still remembering it. That’s really quite something,” he told The Associated Press. “This is a brilliant day, a lovely day and it’s great to be back.” NVG