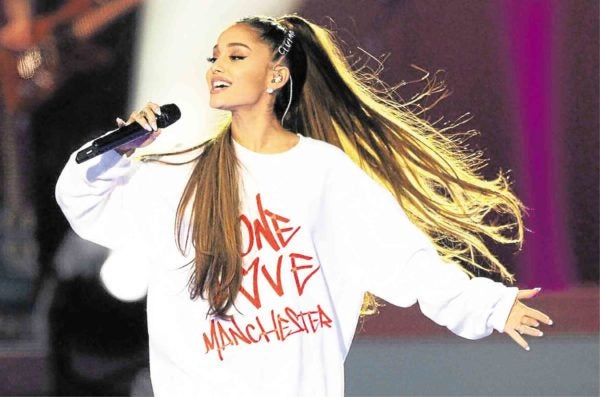 Ariana Grande has just been named an honorary citizen of Manchester in the United Kingdom.

The honor was given to the American pop star by the city council as a thank-you gesture for organizing the “One Love Manchester” concert, which helped raise funds for the victims of the terror attack there in May.

“I don’t know what to say—words don’t suffice. I’m moved and honored. My heart is very much still there,” she wrote on Instagram upon hearing the news. “I love you. Thank you.”

Manchester City council leader Sir Richard Leese lauded and thanked Ariana for returning to the city, when she could have understandably opted not to. “She, as an artist, was determined that she would not perform again, until she had returned to Manchester,” he said in a report by BBC.

He added: “In doing so, she brought comfort to thousands and raised millions for [our] emergency funds.”—ALLAN POLICARPIO