Gina Rodriguez on the surprise return of Michael, 7-minute monologue in ‘Jane the Virgin’ 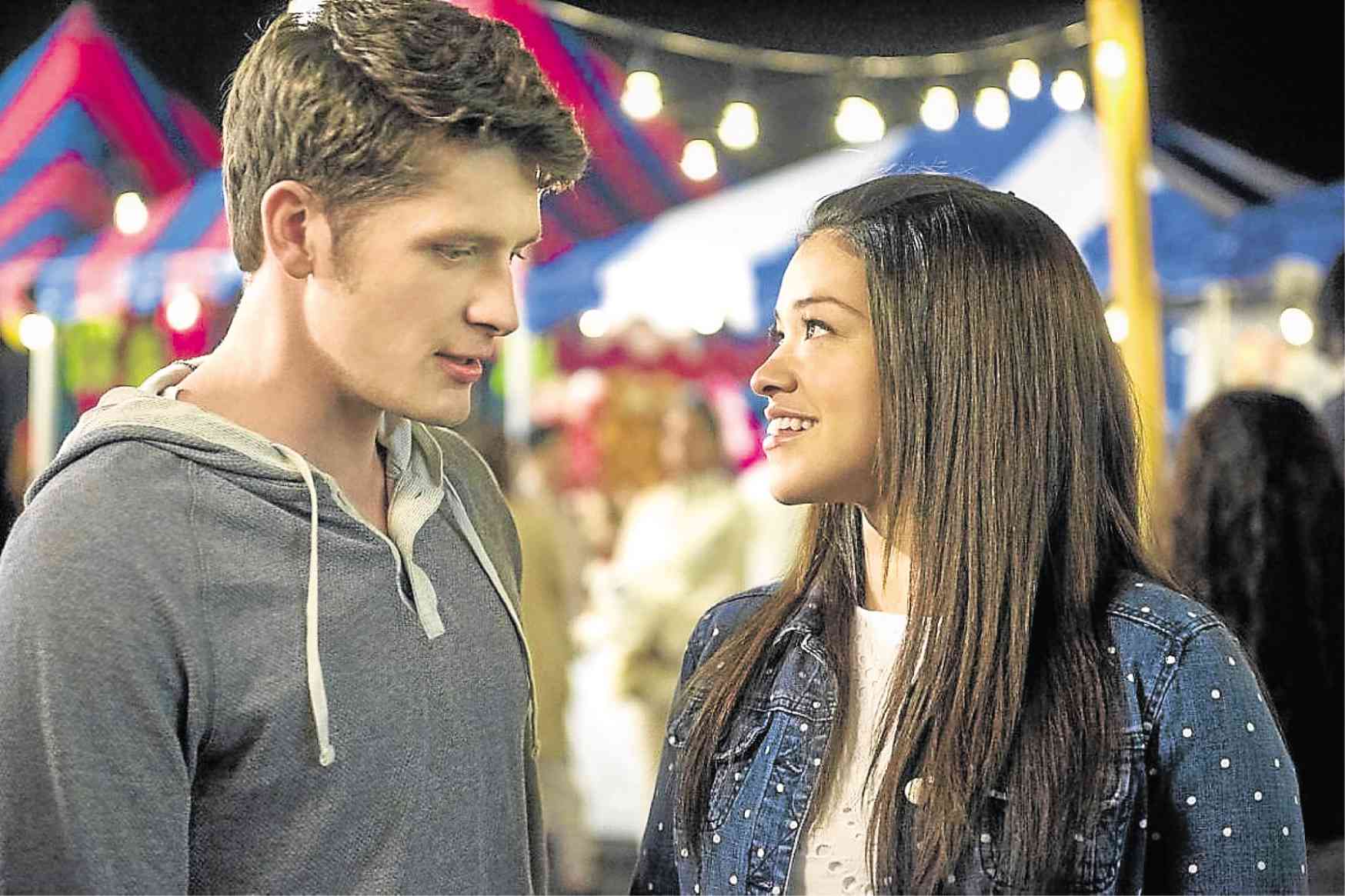 Brett Dier (left), who makes a surprise return in “Jane the Virgin,” and Gina —PHOTO BY THE CW

LOS ANGELES—Gina Rodriguez, holding a mug of coffee that she sips from every now and then, recently reflected about her future now that “Jane the Virgin” is ending this year.

The titular star of the comedy-drama series, wearing gold hoop earrings and a denim dress, talked about the surprise return of Michael Cordero Jr. (Brett Dier), further complicating the show’s love triangle (which involves him, Jane and Rafael Solano, played by Justin Baldoni) in the season finale’s first episode.

Gina also discussed her much-praised seven-minute monologue in that episode—a stunning acting accomplishment in which her Jane runs the gamut of emotions. Triggered by the shocking reappearance of Michael, who was presumed dead, Gina cries and laughs, expresses fury, giddiness, confusion, grief and hope. She directed this episode, as well.

The actress, who is also a producer, has a hectic post-“Jane the Virgin” life ahead of her. There’s a spinoff, “Jane the Novela.” She stars in “Someone Great” with DeWanda Wise and Brittany Snow, an untitled Miranda July film and “Carmen Sandiego,” and will voice Velma Dinkley in “Scoob,” the animated feature based on the cartoon, “Scooby-Doo.”

Did you always know that Michael was going to come back? I have known for about two years.

It was like a Jon Snow situation. Yeah, it was. I knew that he was going to come back, and I was very excited about it. But I had to keep it a secret. I’m not great at keeping secrets, so that was the tough one. I wanted him back so bad. I love acting with him. I can’t wait for everybody to see this season. It’s so good. He is so different, so incredible.

Obviously, you already know how the series ends… Do you want me to spoil it right now? Just kidding (laughs)!

How do you feel about the show ending? I would love any advice because I don’t know what I am supposed to do, but shooting ends in three weeks. We are shooting a little bit out of order—episode 17, then 16, and then we will go back to 18. Then, I am done. And it’s crazy.

I know that life goes on (laughs). What I am hoping is that come April 24, let’s hope that everything is normal as it was the 23rd. But we will see what happens. I don’t know what that is supposed to look like. I feel like I should ask for advice from others, too.

But I am getting a closure. We are almost there. The story is coming together so beautifully. It is so loving. At the same time, we have the spinoff, so it makes me feel I am not really done. I can still play Jane.

Are you doing the voice over? I am the narrator. So I am hanging on, just got my nails gripped (laughs). Let’s hope that show gets picked up.

Everyone’s raving about your seven-minute monologue in the first episode of the season finale. Talk about shooting that. It was exciting because I was able to direct the season premiere. I got to fight for some things in that episode that I wanted, especially because it was Michael’s return. That story meant so much to me. I am so close to this character and to all of it that I felt blessed to be able to direct that.

That being said, Jennie (Snyder Urman, the show’s creator) definitely fought to make it a “oner” (a single, uninterrupted take), so it is this one continuous shot for the entire act. It was fun doing that. I came up with the blocking the night before. I’m really proud of it. 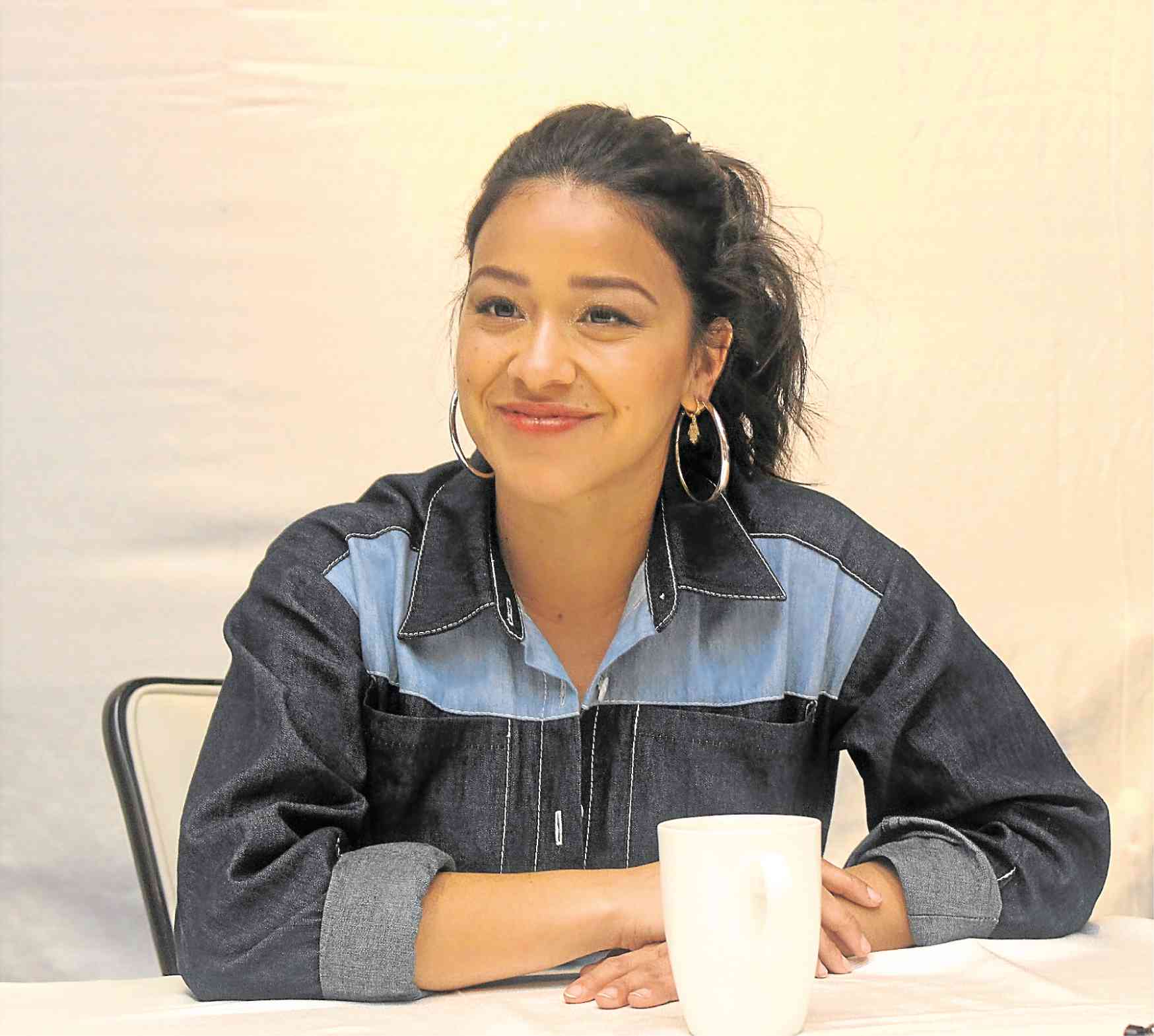 Was that word for word from the script or did you improvise here and there? It was word for word. We don’t improvise on “Jane.” You don’t change “that” to “this.” We are word-perfect, thanks to Jennie’s and our writers’ brilliance. So that they are like, “That was a ‘that’ and not a ‘this.’ I’m like, “OK, let me go again.”

It took a long time for “Jane the Virgin” Season 5 to finally air. Yeah, but now, we won’t ever stop. There’s not going to be a break. Now, it’s every Wednesday (on CBS in the US) versus how before it would be cancelled because of a football game, a parade, a dog show or whatever. There was always a reason that it was pushed to next week, instead. So, it’s nice that we will be aired in succession for our fifth season.

Jane and Michael broke up due to her attraction to Rafael (Justin Baldoni). In real life, how do you mend a broken heart? I am hoping my man (Joe LoCicero) does not leave me because I hate breakups. They’re awful. They are wonderful for the diet (laughs). Like, I will never forget one breakup. I had the most bomb body the next month that I will always thank him for (laughs).

Honestly, I have no idea. Time. That’s what I always say. I feel like that is the advice I give, then the advice I can’t take (laughs).

Are you intentionally seeking projects that have to do with women? One hundred percent. Yes, that’s what we’re doing, and it’s the greatest feeling in the world. We are doing a (“Jane the Virgin”) spinoff with Jennie and we are executive producing it, as well—just to be able to cast a new Latina, knowing we’re going to put her out there and knowing that she gets this experience, God willing.

She is fantastic and she’s going to blow everybody’s mind. Her name is Jacqueline Grace Lopez. She plays the lead in the spinoff. The showrunner of the spinoff is Latina, Valentina Garza, and this is her first time.

And we have another show with Disney Plus called “Diary of a Female President.” It’s about an 11-year-old girl who becomes the president of the United States in the future. She’s a Cuban-American from Miami. It was written by a Cuban-American woman (Ilana Peña). It’s her first project ever. We hired a female showrunner to guide her.

How much of your actual experience attending New York University is reflected in your new movie, “Someone Great”? I went to the theater school, so there was a lot of time for craziness.  All we did was act a fool, honestly (laughs). We were taught how to let go of our inhibitions. Sadly, you shouldn’t always let go of your inhibitions. You should refrain, at times.

We have flashbacks in the movie at NYU where I (as her character) meet my love interest, Lakeith Stanfield, but there’s not too much from that era, more from her deciding whether she is going to stay in New York or go to San Francisco and follow her dreams. But there was a lot of reminiscing from my college days, especially because (costar) DeWanda Wise and I were there together.

Talk about your untitled movie with director Miranda July. Miranda is brilliant. She is a “unicorn”—she is a special person. Being able to work with her felt like I was working with somebody special. I felt like every time she spoke, I was like, I need to listen.