In “Mrs. Wilson,” Ruth plays her grandmother, Alison Wilson, who discovered after popular spy novelist and former MI6 officer Alec died in 1963 that he was a bigamist. Alison and Alec (Iain Glen of “Game of Thrones”) had been married for 22 years with two grown sons when his sudden death exposed the secret lives he led.

Alison was shocked when Gladys (Elizabeth Rider) knocked on her door, claiming to be Alec’s real wife who has her own set of children with him. To prevent Alison’s children from also being shocked, Gladys and her own children attended the funeral as “relatives.”

After Alison died in 2005, it was discovered that Alec had two more wives (a polygamist). For dramatic purposes, the three-part miniseries depicts Alison finding out about all the three wives before she passed away.

In a further twist, Alison converted to Catholicism after Alec died and became a secular nun.

The PBS Masterpiece show, aired first on BBC1 in the UK, was based on Alison’s private memoirs, which will be published this year.

Ruth is riveting in her portrayal of her paternal grandmother, masterfully registering dismay, shock, confusion, anger and grief as she uncovers the truth about Alec. The man, described as suave and charming, published 27 novels and was Ian Fleming’s inspiration for James Bond.

“Mrs. Wilson” is a new triumph for Ruth, who left “The Affair” last year. The actress, who stars in another series, “Luther,” will also be seen this year as Marissa Coulter in the TV adaptation of Philip Pullman’s popular fantasy novel series, “His Dark Materials.”

Ruth, whom we interviewed in New York, said about “His Dark Materials”: “Philip Pullman has given license for us to dig into Mrs. Coulter more, and that’s partly through the relationship with the daemon (a physical manifestation, in the form of an animal, of a person’s inner self). We get to see how she lives with her monkey (laughs). It’s exciting to be part of a huge production. Huge studios were built specifically for it in Wales. It’s enormous and fun, with a great cast.” 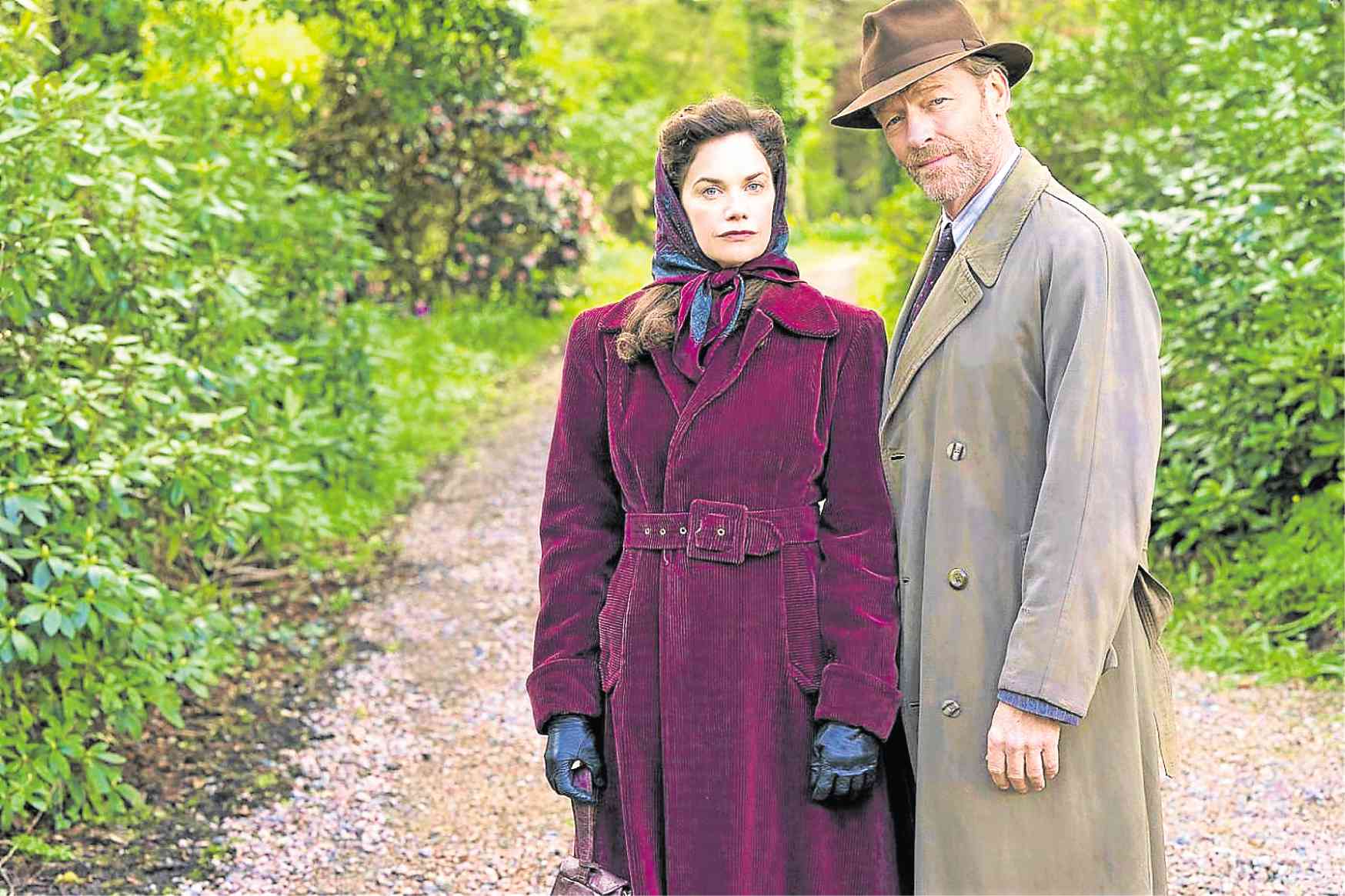 How did all these revelations about your grandfather impact your family? It opened and created debate in my family, which we never had. It made us all be more honest. My dad didn’t know the truth about his father, until he was in his 50s.

It has made me want to open up and share more, and realize how much my grandmother lived with.

Were you initially reluctant to produce and star in this project, since it’s about your own grandparents and family? The fact that it’s personal was slightly worrying to me, because I like to keep my private life private. But the story was so extraordinary. The revelations kept coming. This became a very positive thing, because we met these new family members.

I had these amazing people who were producing it with me, including Ruth Kenley-Letts, Richard Laxton directing, and Anna Symon writing. My family and I felt we were in very safe hands. They treated the subject matter with such sensitivity that it actually became a fulfilling process.

Playing my grandmother, I was worried, obviously, because it felt too close and very raw.

What do you remember most about your grandmother? She was quite a shy, reserved, cold woman. She lived around the corner from us, and we saw her every Sunday for lunch. She’d occasionally pick me up from school when my parents couldn’t. She wasn’t very warm or open, because she was so full of secrets.

She died the year before I went into acting. A lot of my choices in work have weirdly been influenced by her and this memoir. So, after doing this, I have enormous love, respect and admiration for her.

In coming up with the script, whose opinion among your family members did you value most?  All of them. It was important to me that we were serving the story of each of these wives and kids, and, of course, my grandfather. All the kids have strong opinions of their father. It was important for us not to show him in a villainous or caddish role. There was something that they all responded to—they felt he brought them up with great values.

It was very important that they all knew what we were writing, that they were happy with the scripts.

What’s it like now? Does the entire family gather? Yeah. We all found each other about 10 years ago. We all get on quite well. I’ve found other actors and writers in my family and people I never knew.

How did you go around showing the script to the family members? We didn’t want to send them too early. I would send the drafts, then I’d have meetings with all my new uncles and make sure that they were happy with what was on the page. You keep them informed.

I did a family screening before the drama went out in the UK. We had 55 people in a room watching it, and it was the most extraordinary experience.

What materials helped you in your portrayal of your grandmother? It’s funny because the woman you find at the end of the three episodes was how I knew her. So, this creation of who she was before, it was an interesting discovery for me. She’d written loads of poetry. That was probably the biggest entrance into her—this incredibly emotional, passionate and quite wild poetry that she wrote when she was 19, 18.

In your family, do you talk about why your grandfather married several women at the same time? Yes, we do (laughs). There may be more (women he married), as well.

When we were developing the story, there were questions about whether we should focus on grandfather, and make it about who this man is. Because he’s such a man of mystery, and we just didn’t have full answers. We don’t have answers from MI5 or MI6, which still won’t release records about what his actual work with them was and why he got sacked.

Can you talk about your grandmother’s memoir? Did she handwrite or type as she wrote? It was typed, and it was in two parts, named “Before” and “After.” The moment that separates the two is when she had the religious experience, when she felt Jesus come to her … That’s where her life changed dramatically.

She let us read the first part before she died. That was given to us about 15 years ago. So, her relationship with Jesus and God, we didn’t know about until she was dead.

We are publishing the memoir this year. That was her main aim—she wanted it to be published. We’ve got a publisher, Little, Brown and Company—and it’s coming out in June. She would never have imagined her memoir to be made into a drama. But she definitely wanted her stories to be told.