“Ang Huling El Bimbo” doesn’t fail to hit hard on the nostalgia button. Soon after the musical played its last song –with the lead cast and their young selves on stage side-by-side each other –the audience was left with a bittersweet feeling of having to say goodbye. A goodbye that was perhaps to mark the drawing of the curtains to a close or a goodbye to the youth momentarily relived through the play.

After its successful first run last 2018, “Ang Huling El Bimbo” is back to bring to life all of iconic Pinoy rock band Eraserheads’ hit songs in a well-written stage play that does not fail to address the issues we have today.

Full House Theater Company and Resorts World Manila decided to launch a second run after having 33 sold-out shows last year. With most of the original cast reprising their roles and new scenes to surprise those who have already the first run, “Ang Huling El Bimbo” will undoubtedly attract more fans in its upcoming shows.

Set in the ‘90s, the play penned by Dingdong Novenario and directed by Dexter Santos tells the story of three friends –Hector, Emman, and Anthony, who have just started their journey in college. As they spend their days dealing with love, family, and school, they meet Joy one fateful day during military training.  From there, we witness as these four friends grow together –dealing with problems, heartbreak, and the harsh realities of life.

For someone who has seen “Ang Huling El Bimbo” for the first time, personal favourites include Boo Gabunada who reprises his role as young Emman and Gian Magdangal as present-day Hector. These two portrayed their characters believingly –with Gabunada as the probinsyano unfazed by seeking his one, true love while keeping hopeful idealism for the country, and Magdangal for hitting the high notes as he sang in heartbreak for what happened to their present-day selves and to the what-ifs they might have been living instead. 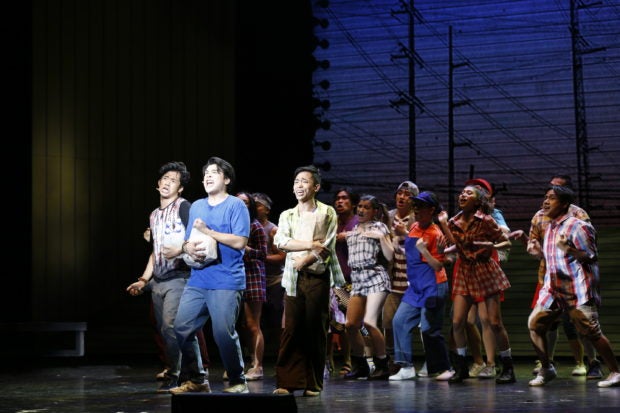 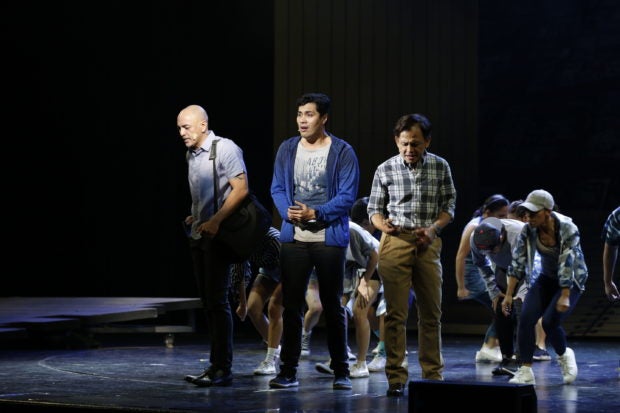 The cast was great in the delivery of their lines, but not to be discounted were the almost-flawless singing by the leads. As for the performances, I enjoyed most the stages of “Tindahan ni Aling Nena,” “Spoliarium,” and of course, “Ang Huling El Bimbo” which was played as show-ender. In “Tindahan ni Aling Nena,” watch as the three teenage leads act out an interplay of character development as they discover more about themselves while seeking for their crushes’ attention.

Equally as spectacular are the set designs –from the yellow pad backdrop to the makeshift box-type sedan used for the long drive out of town, reminiscent of how the ‘90s really was. With the Manila Philharmonic Orchestra rendering the Eraserheads classics, it is hard not to be drawn by both the music and the story. 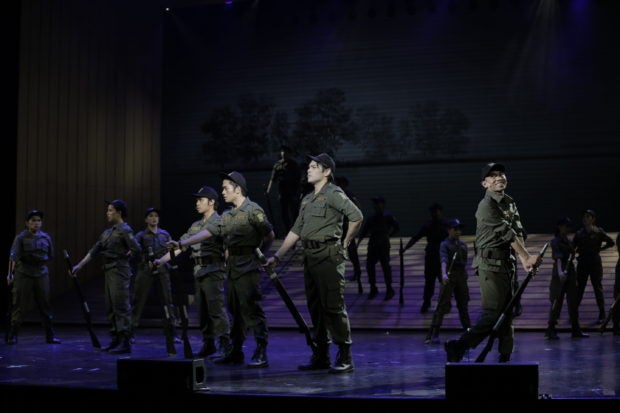 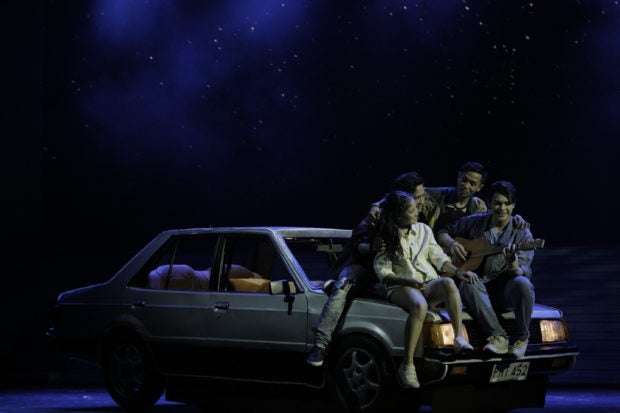 Also catch Elisha Campos and Alexa Salcedo as they play Ligaya, a character that brings real happiness in the storyline. 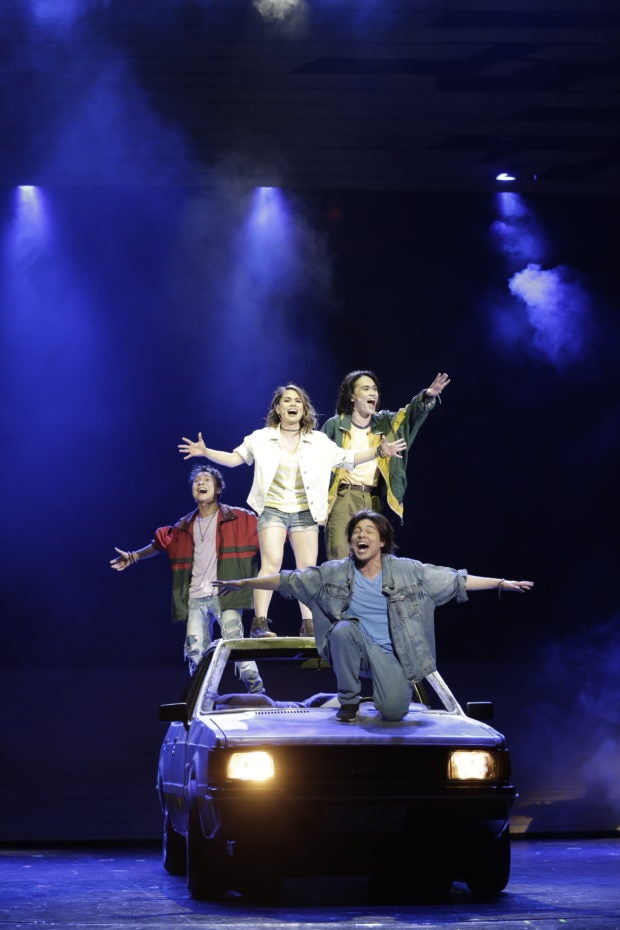 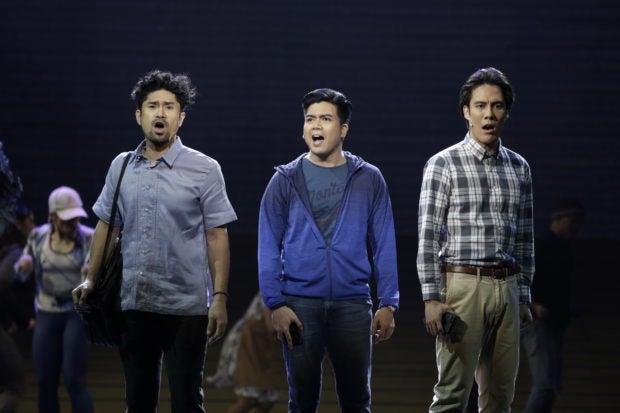 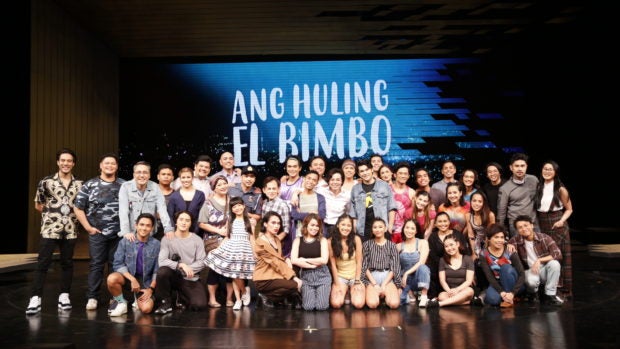 ‘Ang Huling El Bimbo’ is staged at Newport Performing Arts Center in Resorts World Manila every Thursday to Sunday at 8:00 PM, with matinees every Saturday and Sunday at 3:00 PM. Catch the last 10 shows until April 14!