John Leguizamo to tour US with his ‘Latin History for Morons’ 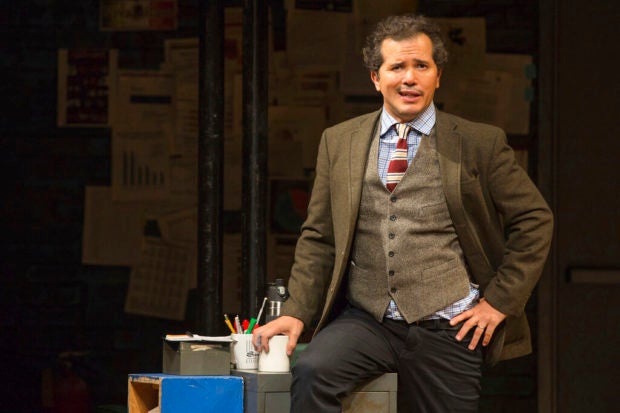 This image released by Polk & Co. shows John Leguizamo during a performance of his one-man show “Latin History for Morons,” which will kick off a 12-state U.S. tour with a two-night stand at the Apollo Theater in New York starting June 20. Image: Matthew Murphy/Polk & Co. via AP

NEW YORK — John Leguizamo is taking his irreverent one-man comedy show about Latin history on the road.
The comedian will kick off a 12-state U.S. tour of his “Latin History for Morons” with a two-night stand at the Apollo Theater in New York starting June 20.

The 90-minute show, which investigates Latino culture through the ages, was on Broadway last year, earning a best play Tony Award nomination. A version is on Netflix.

It’s the latest show from Leguizamo, whose others include “Mambo Mouth,” ”Spic-O-Rama,” ”Freak” and “Ghetto Klown.” He’s also stared in the film “Carlito’s Way” and “Casualties of War.” MKH