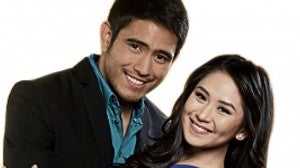 Scandalous Personality is a loyal minion of Controversial Celebrity, a notorious playboy. Nurturing SP would bend over backwards just to cover up CC’s messy love life.

CC thought he could always rely on SP like a second mom. Then again, SP, a closet lesbian, is wooing Sexy Starlet, whom CC is pursuing. Who knew that SP and CC have the same taste in women—fair and fiery?

Will this ménage a trois spell disaster for SP and CC’s once formidable alliance? Fat chance. SS is just a passing fancy for both of them.

Sultry Starlet needs the services of Cesar Millan, pronto! All of Show Town is buzzing about SS’ weird antics, including “biting” people whenever drunk.

Touchy-feely SS’s oral fixation includes nibbling, kissing and licking … eww. She would run after unwitting victims before pouncing on them like a delirious pet. 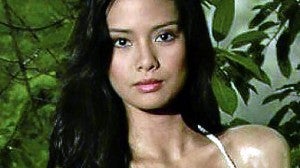 SS’ canine ways have reached scandalous proportions. Is this (animalistic appeal) the reason that Former Lover dropped her like a hot potato? Arf!

A week after Wilma Galvante retired as senior vice president for Entertainment TV of GMA 7 (Friday, February 24), Ida Ramos-Henares left her post as vice president and head of the network’s talent development and management department.

She is said to have availed of the “optional retirement plan for employees with 10 years of service.” A source added that Henares wanted “to spend more time with her family,” and that the network was setting up a consultancy post for Henares. But another source said Henares “wants to take a break” to think about that. 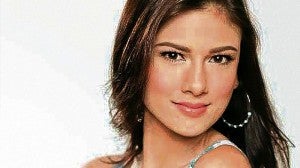 Ali bows out, too

TV host Ali Sotto has bid farewell to her GMA News TV show, “Personalan.” Sotto cited “personal” reasons for her decision. She’s set to leave for the United States, where she will stay for three weeks, to help son Chino relocate to Singapore. The show, which debuted last July, will air replays while management decides its ultimate fate.

After three years of enmity, former enemies Wilma Galvante and Annabelle Rama have kissed and made up—literally, and in front of various TV crew covering the former’s birthday party and despedida held at the Imperial Palace Suites in Quezon City on Thursday.

“I waited for the right time,” Rama said. “I wanted it to come from my heart. I didn’t want to force it even though a lot of our friends were trying to intercede.” It took Regal producer Lily Monteverde to make it happen. “I’m glad that she came to greet me and make peace,” said Galvante. “It was just about work.”

Rama said her husband, Eddie Gutierrez, and children Ruffa, Raymond and Richard wanted to attend Galvante’s party, too, but had previous commitments.

“One of these days, I’ll invite you to dinner at my house,” Rama said, adding that she was thankful to Galvante for championing her two sons’ television careers.

The top show biz news in the Inquirer tabloid Bandera (and why we are moved if we are moved):

Kris Aquino hindi na umaasang ikakasal pa. (Let’s leave it at that and not ask why.)

Melai nag-iiyak, tuluyan nang nilayasan ni Jason. (Save your tears; there are other Jasons out there… and Jameses, and Johns, and Jacks…)