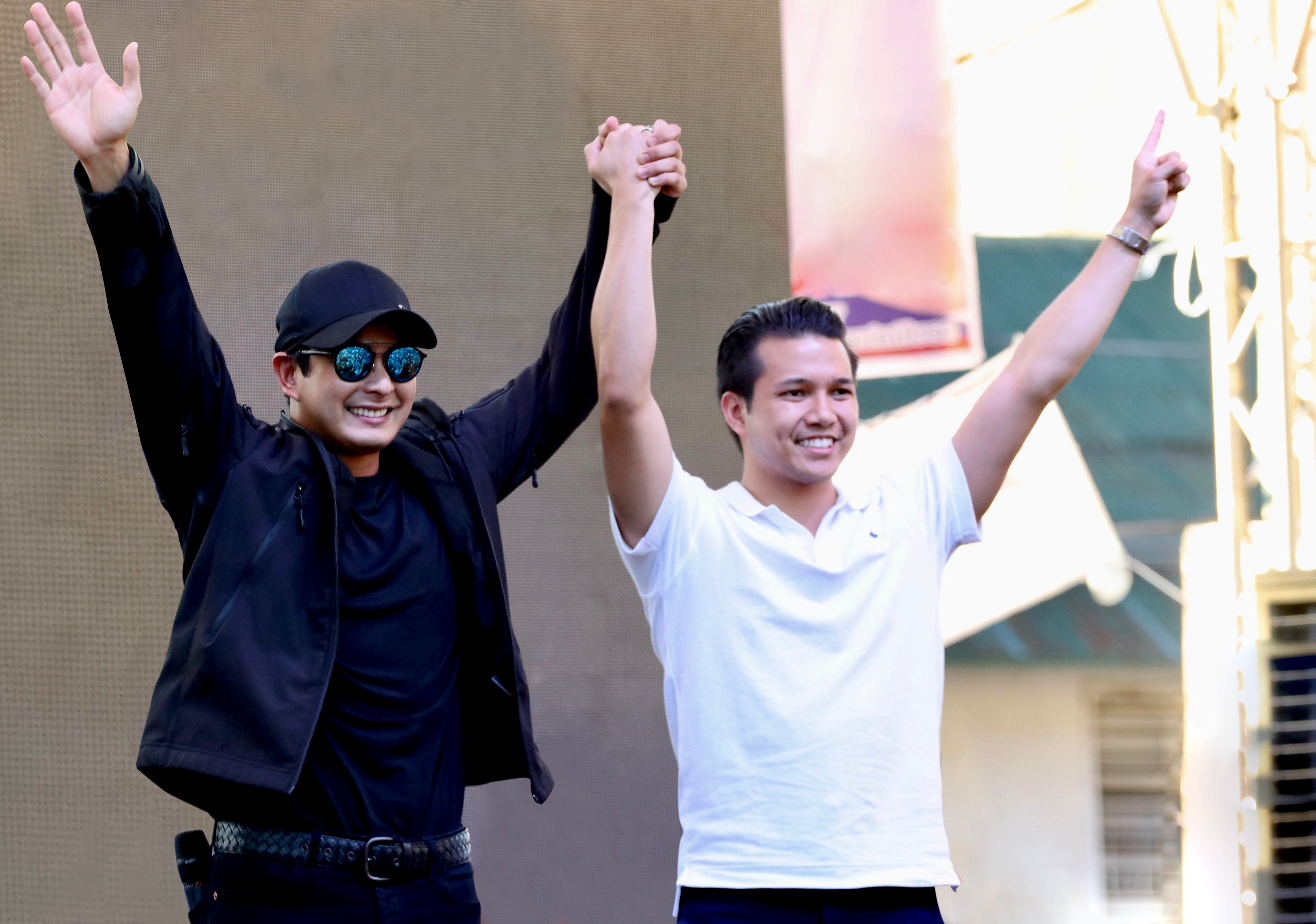 Martin joined Poe’s son Brian Poe Llamanzares in a motorcade around the towns of Dumanjug, Santander, Tuburan and Danao City in Cebu on Sunday, Mar. 31.

Martin plays the role of Cardo Dalisay in ABS-CBN’s long-running action drama series “Ang Probinsyano,” which is based on the 1997 film of Poe’s late father Fernando Poe Jr.

Poe’s mother Susan Roces, who plays the character of Lola Flora, is a co-star of Martin.