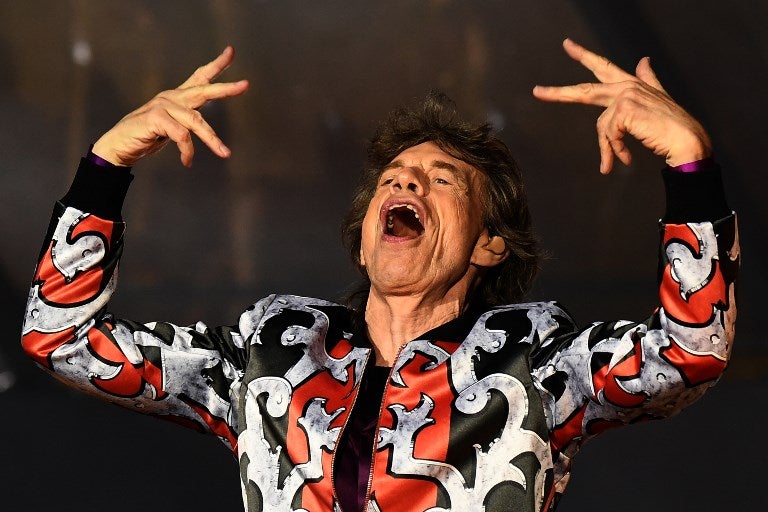 In this file photo taken on June 26, 2018 British, musician Mick Jagger of The Rolling Stones performs during a concert at The Velodrome Stadium in Marseille on June 26, 2018, as part of their ‘No Filter’ tour. AFP

LONDON, United Kingdom – British rock icon Mick Jagger said on Saturday he was “devastated” after his Rolling Stones were forced to cancel their United States and Canada tour dates so he could receive “medical treatment”.

“I’m devastated for having to postpone the tour but I will be working very hard to be back on stage as soon as I can.”

The rock legends earlier announced the cancelations, saying that they would reschedule the dates.

“Mick has been advised by doctors that he cannot go on tour at this time, as he needs medical treatment,” said the band’s official statement.

“The doctors have advised Mick that he is expected to make a complete recovery so that he can get back on stage as soon as possible.”

Jagger has eight children, five grandchildren and a great-granddaughter, but has maintained his energetic stage performances well into his 70s, playing Britain’s Glastonbury Festival in 2013.

The band, who formed in 1962, were due to play 17 shows in the US and Canada between April and June. /cbb

Read Next
A ‘nice’ surprise for Nadine Lustre in Indonesia
LATEST STORIES
‘Mia’: Rom-com with a cause a career-boosting showcase for Coleen Garcia
No.13 lucky for Orlando Bloom
The ties that bind: Why the guys of Black Eyed Peas prefer to stay together
How Yam handles flirtatious guys
Reading: The key to true learning
MOST READ
Gretchen Barretto’s daughter Dominique graduates magna cum laude from California college
Lights inside SMX hall flicker as Duterte rants vs Ayala, Pangilinan anew
Nadine Lustre’s phone stolen in Brazil
Ginebra beats Meralco again to capture PBA Governors’ Cup title
Don't miss out on the latest news and information.