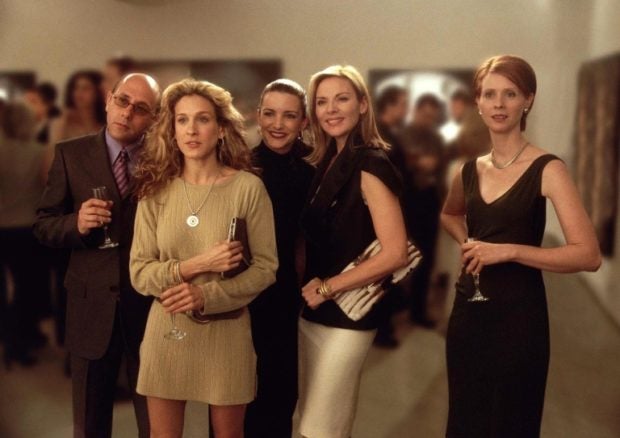 Television series “Sex and the City” ran on HBO from 1998 to 2006. Image: AFP/Craig Blakenhorn/ho via AFP Relaxnews

The iconic comedy series about four friends in New York City is getting a follow-up, which will look at the lives of fifty-somethings.

Paramount Television and Anonymous Content have acquired the rights to “Sex and the City” author Candace Bushnell’s soon-to-be-released book “Is There Still Sex in the City?”

Bushnell’s new book will look at sex, dating and friendship in New York after 50 from all angles — marriage, divorce, children, loss and ageing.

The author will write the script for the television pilot and serve as an executive producer on the project, along with Liza Chasin from 3dot Productions and Robyn Meisinger from Anonymous Content.

If picked up as a full series, the project would be the fourth book by Bushnell to be adapted for television, following “Sex and the City”, “Lipstick Jungle” and prequel “The Carrie Diaries”.

The series is not being planned as a direct sequel to the hit show “Sex and the City”, which ran on HBO from 1998 to 2006 and spawned two feature films.

“Is There Still Sex in the City?” will be out on Aug. 6 from Grove Press. CE/JB

‘Sex and the City’ actress defeated in NY election

TAGS: "Is There Still Sex in the City?", "Lipstick Jungle", Candace Bushnell, HBO, Sex and the City, The Carrie Diaries