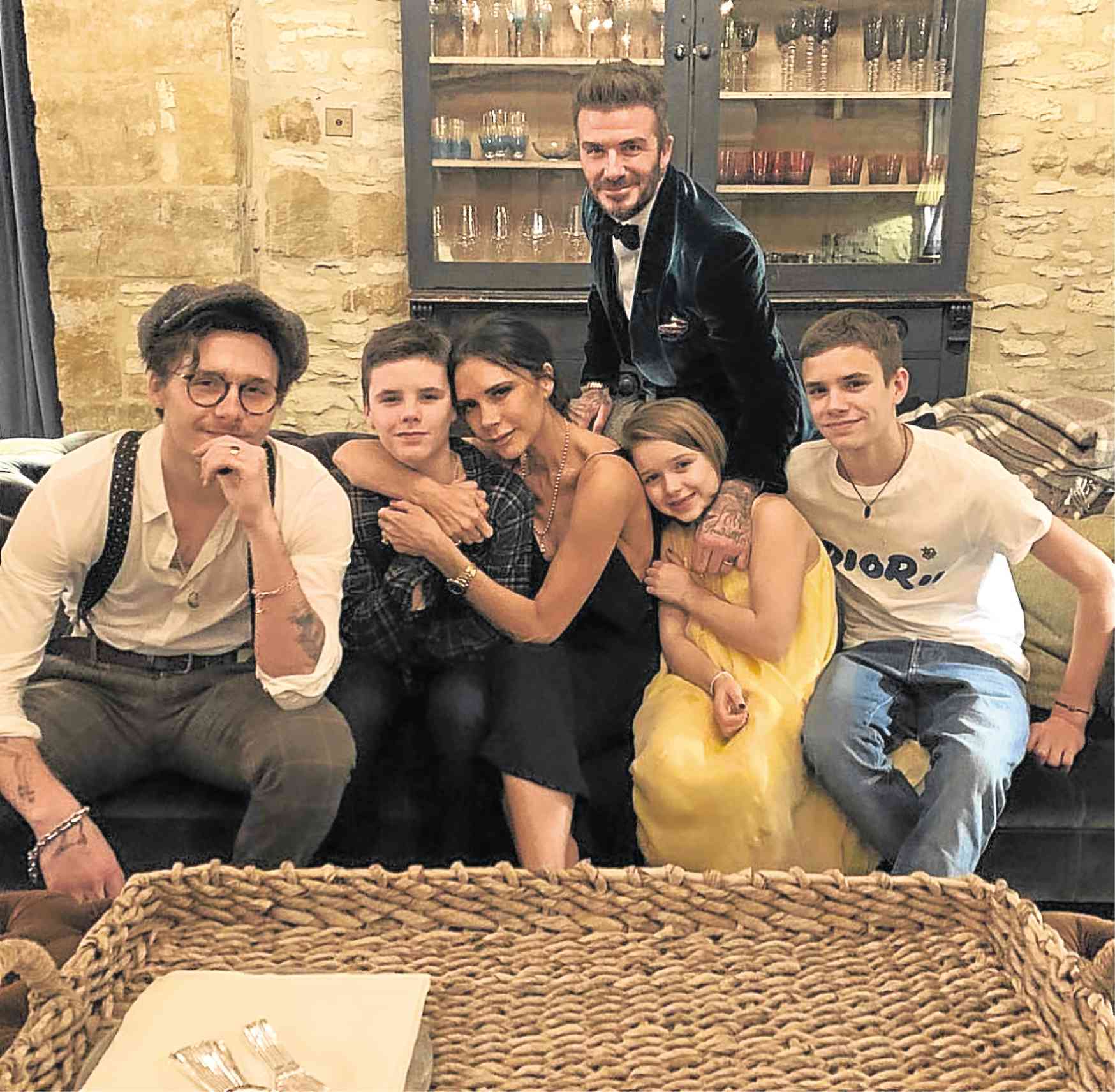 Former Spice Girls member Victoria Beckham, who’s a “self-diagnosed dyslexic,” recently hinted that her kids may also have the condition.

According to a story by The Telegraph, citing the Financial Times, the celebrity entrepreneur revealed that dyslexia—a learning disorder that causes difficulty in reading and writing—doesn’t just “run in the family”—it “gallops.”

Victoria has four children with football star David Beckham: three sons, Brooklyn, 20, Romeo, 16, Cruz 14; and daughter, Harper, 7. At the moment, their interests seem to lean toward sports and the arts.

She also talked about the expectations Brooklyn, Romeo and Cruz—who were supposed to pursue football—have to endure for being sons of a sporting icon.

“All three boys used to have contracts with [the football club] Arsenal,” she said. “They were going to be footballers, so they were signed at a very young age. And they were all really good.”

However, the pressure of measuring up to their father seemed to have gotten to them.

“Brooklyn was the first to say that he didn’t want to play anymore. Then, Romeo decided he didn’t want to do it, either,” she said.  “I remember Romeo sitting in the bath getting really upset, saying, ‘I don’t want to let daddy down’. So I told him daddy just wants you to be happy. And now he’s playing tennis … every day.”

The boys are pursuing other interests and possible career paths. According to the newspaper, Brooklyn hopes to be a photographer; Romeo, a professional tennis player; and Cruz, a performer. —ALLAN POLICARPIO