WATCH: Dora explores high school in ‘Dora and the Lost City of Gold’ 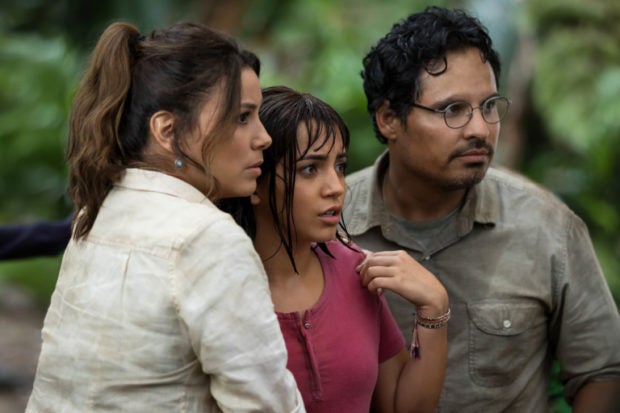 The live-action movie version of hit kids’ TV show “Dora the Explorer” is due in August 2019, and its debut trailer is full of energy and adventure, both in high school and the jungle.

When her archeologist parents go looking for lost Incan civilization, Dora is sent off to live with her city-dwelling cousin Diego.

But after years away, she doesn’t fit in — she doesn’t know what to pack in her bag, how to play it cool or even how to get off a bus without a comic mishap.

Yet a school field trip offers her the chance to reunite with monkey friend Boots and put her skills to good use, getting back on the trail of ancient treasures.

Starring Isabela Moner from “Transformers: The Last Knight” and “Instant Family” as the main character, “Dora and the Lost City of Gold” is to begin its global release the week of Aug. 2, rolling out internationally over the following weeks and months.

With a heavy educational element, the adventure show encouraged children to participate, calling out answers to questions and puzzles Dora encountered.

Numerous spin-offs followed, as did official lines of merchandise and a steady stream of high-profile recognition, including a Daytime Emmy and 14 further nominations. CE/JB