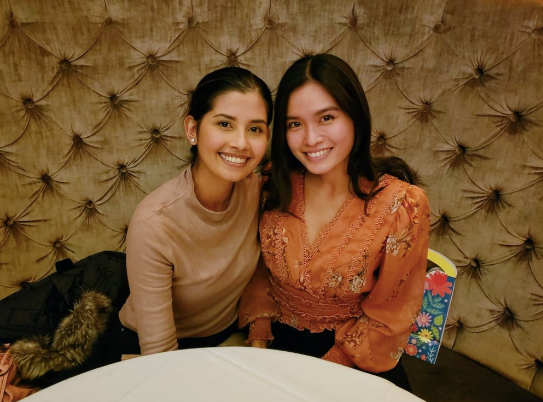 Beauty queens Shamcey Supsup and Janine Tugonon recently reunited for a much-needed catch-up when the former flew to New York City with husband, businessman Lloyd Lee. Supsup was 4th runner-up in the Miss Universe pageant back in 2011, while Tugonon placed 1st runner-up a year later in 2012.

Supsup took to social media where she posted a photo of her and Tugonon meeting up in the city.

“Thanks for taking the time to meet us @tugononjanine,” wrote Supsup via Instagram on March 24. “Na-miss ka namin! Diba? (We missed you! Right?) @isabellamanjon @diannenecio @mjlastimosa.”

The queens expressed their love and support for each other, as Tugonon told Supsup she is willing to meet her anytime.

Tugonon, in the past, also reunited with Miss Universe 2015 Pia Wurtzbach and toured San Francisco California together. 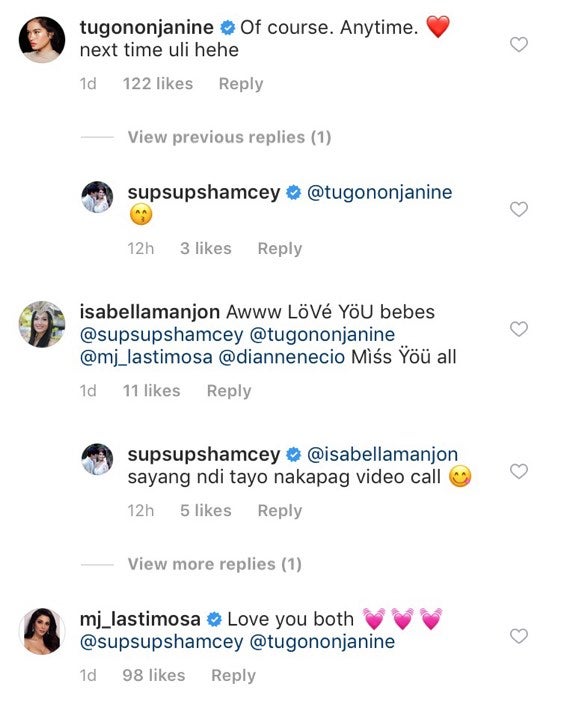 Days before catching up with Tugonon, Supsup went out and about New York City with her husband.

Being an architect board topnotcher, Supsup could not help but admire the architecture of The Oculus at the World Trade Center in Manhattan. The landmark was designed by Spanish architect Santiago Calatrava, one of Supsup’s favorite architects.

Face to face with this beauty by my fave architect. #theoculus #santiagocalatrava

The pair also went to the Brooklyn Bridge overlooking the scenic East River where they took turns posing for pictures.

“Didn’t mind walking in this chilly weather to see this view,” she said.

Didn't mind walking in this chilly weather to see this view.

Who is this teenager? What did you do to my husband? 😂