Weighing in on ‘El Bimbo’ 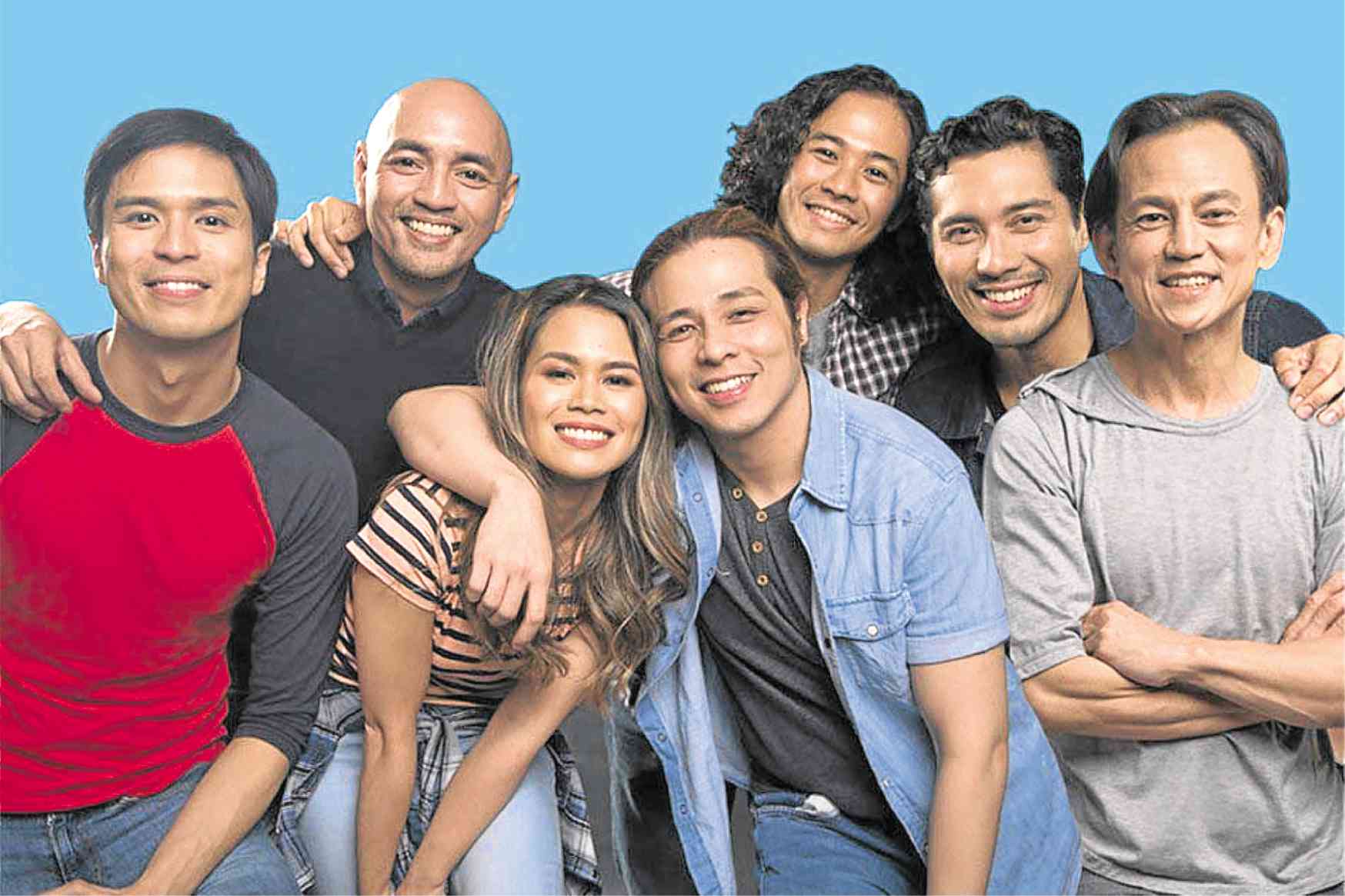 I have a confession to make: I wasn’t an Eraserheads fan. Please don’t shoot me as I have an explanation: In the band’s 1990s heyday, I wasn’t in Manila long enough to witness its genius in real time.

Truly, the Eraserheads is one of the most important and influential bands to ever grace our musical environment, and I’m now fervent in my efforts to catch up to others of my generation who were blessed to experience it in the moment as each of it was happening.

However, that was not the impetus for my heading to the Newport Performing Arts Theater to catch the hit musical, “Ang Huling El Bimbo.”

If anything, I wanted to not have the Eheads’ discography on my mind, save for a few of its more pervasive songs such as “Ligaya,” “Magasin” and, of course, the one that gave the show its title.

If anything, perhaps if you weren’t the biggest Eheads fan going into the show, you can then focus on and appreciate the story as it unfolds without your 1990s self jamming to (or interrupting) the proceedings onstage.

They are all called to meet at the local police precinct because of a dead woman named Joy, whose cell phone shows many phone calls to all of them.

Paranoid and afraid, their awkward reunion is one that is fraught with many years of pain and guilt, all of them wondering why they are here. The three were college roommates and best friends (their younger selves are played by Boo Gabunada, Bibo Reyes and Phi Palmos).

While in school, they meet Joy (Gab Pangilinan), a young girl around their age who helps out at her Aunt Dely’s (Sheila Francisco) carinderia, Toyang’s. The four youths are close-knit, idealistic and bright-eyed, all looking forward to the future until, on the eve of graduation, an event happens that then alters the course of their lives, taking their innocence away forever.

Over the course of the years, Joy (now played by Menchu Lauchengco-Yulo) is on the police’s watch list for being a drug runner under the employ of Counselor Banlao (Jamie Wilson). She now has a young daughter, Ligaya, who is her only source of happiness in the dark abyss that is her life.

From what I had gathered, there were a few kinks in the inaugural run of this musical that had some members of the audience less than satisfied, such as the “way too neat” resolution at the end.

In this run, thanks to a major dramaturgical overhaul by Floy Quintos, the narrative (with book by Dingdong Novenario) is now tighter and more smartly paced. Joy’s own story has been more thoroughly fleshed out, giving the audience the time and space to get to know her and ultimately empathize with her.

It also doesn’t hurt that in the hands of Gab, who can go from hopeful to heartbreaking in no time flat, Joy is the anchor that brings the three young men together (Bibo, Boo and Phi are all excellent, with major props to Phi for stealing every scene he’s in without trying).

It goes without saying that the cast is excellent. Jon Santos is fabulous in anything he does, and seeing Gian and OJ excel both vocally and emotionally as leading men is incredibly fulfilling. Jamie makes for a delicious villain and Sheila is that aunt we’d all love to have. And the little actress who played Ligaya, Alexa Salcedo, captured my heart. Kudos also to Yanah Laurel, Natasha Cabrera and Vic Robinson for making a mark with their tiny featured spots.

The show is masterfully directed and choreographed by Dexter Santos, with wonderful sets by Gino Gonzalez, lighting by Monino Duque, projections by GA Fallarme, costumes by Marlon Rivera, and sound design by Rards Corpus.

However, if there is a true star of this show, it is the music department led by Myke Salomon. Like he did with Peta’s monster hit “Rak of Aegis,” he repurposed the music to fit the overall narrative with brand-new music and vocal arrangement (try to catch the killer chords and time signature changes, all of which serve the story). There was a clear resistance to the temptation of including each and every song from the Eraserheads’ massive catalog, and the self-control paid off.

The transitions from script to song and back again felt organic and unforced, a seamless weaving in and out without any disturbance. The singing  is also some of the cleanest I’ve heard in a while.

Truth be told, it doesn’t take being a fan of the Eraserheads, and thus desiring of 1990s nostalgia, to appreciate all that this fantastic musical is.

Sure, “Ang Huling El Bimbo” isn’t perfect. There is  the complaint that the event at the end of the first act still serves as a pivot to advance Emman, Hector and Anthony’s stories.

However, maybe there’s the greater point. The men don’t emerge as heroes in the story. There is no neat, clean ending, no happy ever after. And if there was any one character I felt the most invested in, it was Joy.

Even though we knew exactly how her life would turn out, we hoped that despite that ending, she still would get even just a small moment that was worth her hardship in the hands of those who would make her life hell on earth.

It’s a reflection of life as it’s happening now. We are placed face-to-face with a mirror revealing the truth. And perhaps as inescapable as the Eraserheads is in Filipino music and culture, there is possibly no escaping that.