How middle age has ‘refined’ Gelli and Bayani’s artistic choices 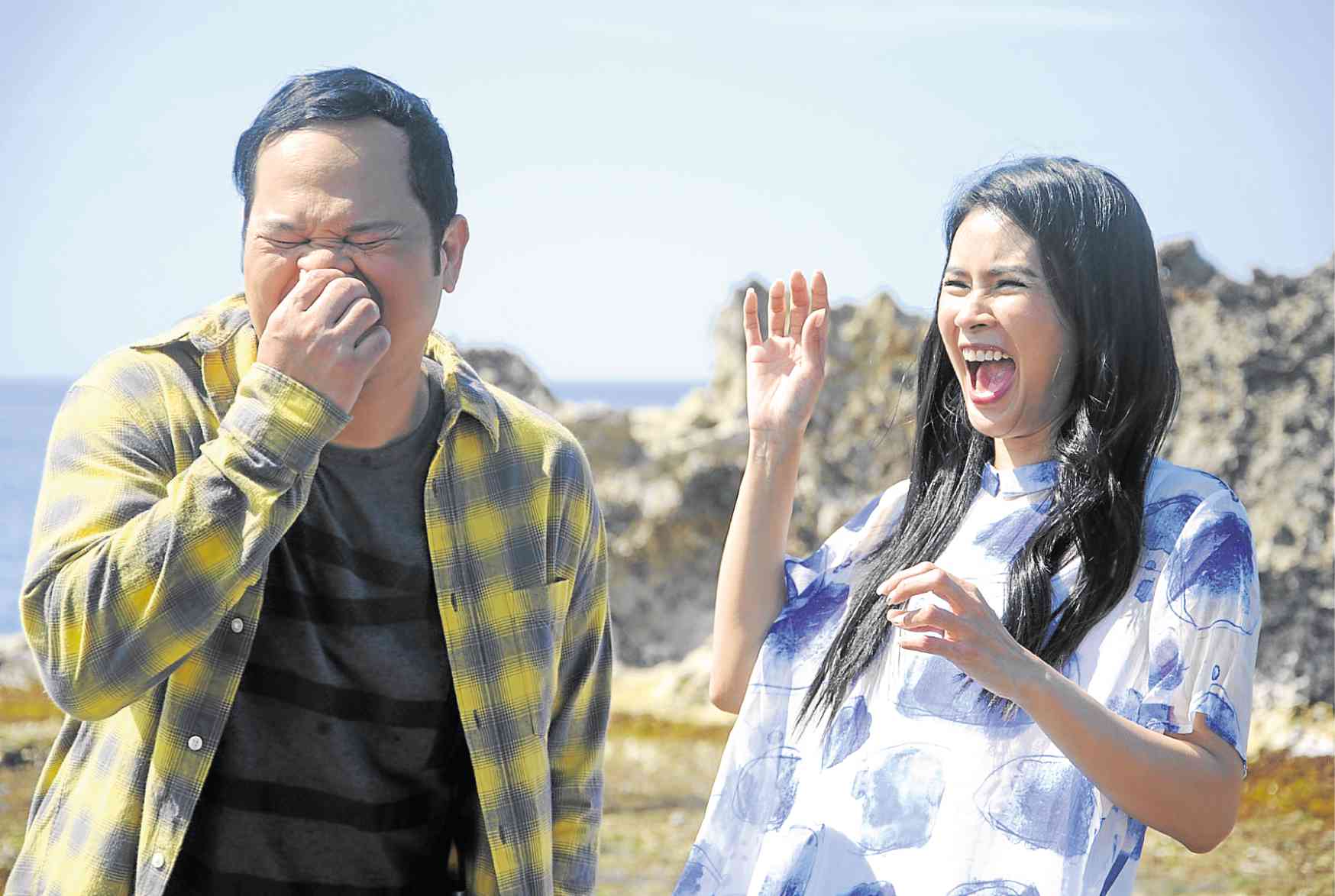 Bayani Agbayani would never have guessed that, at the age of 50, he would find himself topbilling a romantic comedy movie—a genre that typically favors bankable young stars. But indeed, the “Pansamantagal” actor said, life has a way of surprising you.

“When I was asked to do the film, I sent a text message to my good friend Aga Muhlach and told him about my new project. I also showed him the trailer. And his response was, ‘Walanghiya ka, parang makakaribal pa kita sa pagiging leading man!’” Bayani told reporters at a recent press conference for the said movie, which opens in cinemas on March 20.

“But I just got lucky, I told him. I don’t think this sort of thing will ever happen again,” the comedian added.

Dumb luck or not, Bayani is “thankful to God” for the string of recent career blessings he has been enjoying. He hasn’t had a driver for quite some time now, he related, because the influx of offers had become sporadic. Now, he’s considering hiring one again.

“Of course, I do pray for more jobs. But through the years, I have learned that if something isn’t meant for you, don’t force it,” said Bayani, who’s set to star in two more upcoming films.

In the last two years, he did the movies “Woke Up Like This” and “Mary, Marry Me”; served as a judge in the game show “I Can See Your Voice”; and was part of the late-morning soap “Sana Dalawa ang Puso Ko.”

Bayani has stopped thinking too much about how his career would unfold from hereon. At this point, he pointed out, everything that comes his way is just a bonus.

“Initially, I was just a guest in ‘I Can See Your Voice,’ which made me visible on television again after a long while. But I ended up becoming a regular,” he related. “All the good things that have been happening … those are God’s doing. He takes care of the planning. We just need to continue doing good and loving our families.”

“No one really knows what the future holds,” he added, “so we might as well enjoy the present.”

Directed by Joven Tan, “Pansamantagal” follows Leo (Bayani) and Agnes (Gelli de Belen)—two middle-aged people who cross paths in a resort, where they hope to clear their minds from their respective relationship woes.

Their unexpected friendship, however, complicates their situations further. “It’s tough because I have to do drama. But I also feel that this is an opportunity to show that I can do other things aside from comedy,” Bayani said.

Like her leading man, Gelli admitted that it felt “weird” to be doing a romantic comedy at her age. “In a way, I feel like I’m returning to the things I did when I was just starting out in the biz,” the 45-year-old actress told the Inquirer. “But I was grateful I was offered to do this project, which was quite challenging.”

Working with Bayani was a breeze, Gelli said, because they had previously starred in the TV 5 soap “Confessions of a Torpe” four years ago.

“What we did in that show was mostly comedy. This time, there’s some of drama in it. But I was comfortable with Bayani. We find ourselves helping each other improve our performances; suggesting lines to add or things we can improvise,” Gelli said. “It’s fun and, at the same time, the material becomes better.”

“And because we’re older, we’re less conscious about our appearance … there are less inhibitions,” she added. “We don’t care about how people would perceive us, so we can just focus on giving our best.”