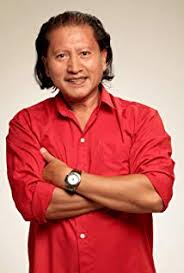 If there would be a roll call for top-caliber actors in the biz, Ronnie Lazaro will definitely be on the list. True to form, he’s a scene stealer in the riveting film, “Maria,” which opens on March 27. After giving us the critically acclaimed box-office hit “Buy Bust,” Viva Films takes pride in its latest attempt to revive the action genre.

Ronnie portrays Sir Greg, a retired Black Rose operative who is the mentor of protagonist Maria (Cristine Reyes). Ronnie’s Visayan punchlines cracked me up since we both have an “Ilonggo connection.”

Cristine shed off her sexy image and turned badass in the well-made film. Her prowess in the action scenes redefine what a femme fatale is.

Here’s my chat with Ronnie:

Since your movie is about revenge, what are your thoughts about it? I thought that maybe it’s part of my nature being a Scorpio to have these feelings occur “naturally.” But my spiritual revolution halfway through my life gave way to a Biblical passage, “Vengeance is mine,” says the Lord. So, I rest my case. I have since learned to forgive.

How do you handle it when you have a scene with a ham actor? In all honesty, I don’t judge my coactors. We have a director who sees it all, so I trust his/her judgment. Maybe you can call mine part of my survival mode. I make sure I cover my tracks. It’s complicated because you may have to put extra effort to make the scene better.

I also make sure we’re having fun to make the atmosphere more relaxed. And I don’t initiate teaching, unless they ask me for pointers. I only give them many doors to open, then they decide which is best for them.

What’s more important to you, awards or box-office success? Both. It’s always a nice feeling when your work is recognized. It is an honor. At the same time, you’re building a career that will hopefully give you a better compensation as you go along.

What did you discover about Cristine while you were shooting?  I found out that she’s mysterious and professional. We didn’t engage in small talk because we were focused on what we were supposed to do.

What are tips you would give to aspiring actors? Acting is a 24/7, 365-day commitment. It’s a noble job, yet it’s also dangerous.

How would you like to be remembered? Perhaps as someone who raised the bar of the acting craft.