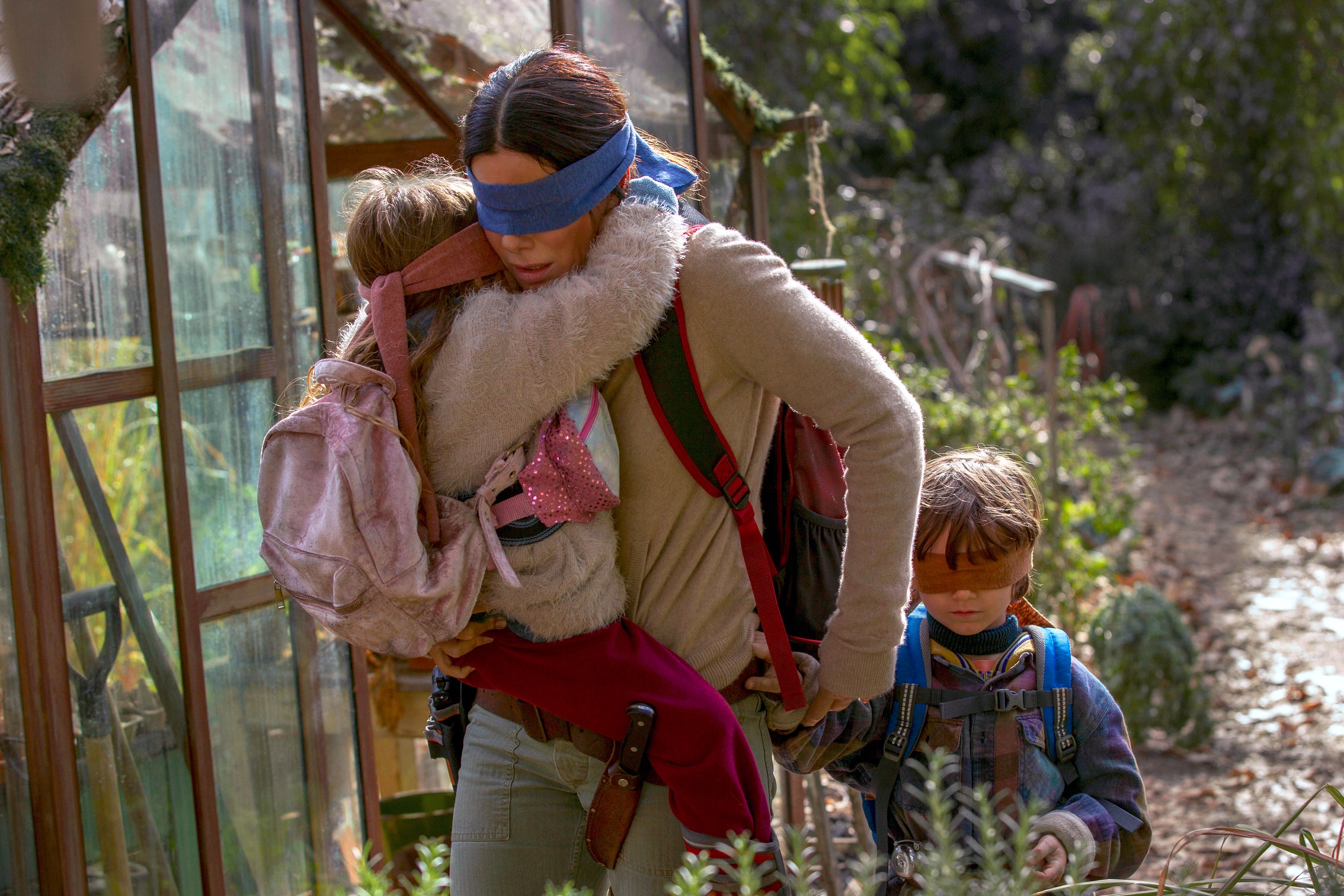 This image released by Netflix shows Sandra Bullock in a scene from the film, “Bird Box.” Netflix will remove footage of a real fiery train disaster from its hit post-apocalyptic survival film “Bird Box” months after the streaming giant was criticized for exploiting a tragedy. (Netflix via AP)

NEW YORK — Netflix will remove footage of a real fiery train disaster from its hit post-apocalyptic survival film “Bird Box” months after the streaming giant was criticized for exploiting a tragedy.

The stock footage was taken from a 2013 crash in the Quebec town of Lac-Megantic when a train carrying crude oil came off the tracks and exploded into a massive ball of fire, killing 47 people.

Netflix licensed the footage from the stock image vendor Pond 5 and used it in “Bird Box” in an early TV news montage. The Sandra Bullock-led thriller is about monstrous entities that compel any human who sees them to quickly try to kill themselves.

Pond 5 in January said the footage “was taken out of context” and apologized. But Netflix said at the time it wasn’t planning to cut the clip, although said it was looking at ways to do things differently moving forward.

Nexflix changed its mind and said Friday it will replace the footage with an outtake from a former TV series in the U.S. The company said it is “sorry for any pain caused to the Lac-Megantic community.”

The mayor of Lac-Megantic, Julie Morin, had criticized the use of the footage, calling it “a lack of respect.” She and Quebec’s culture and communications minister, Nathalie Roy, applauded Netflix’s latest move. “This result shows that by being united and pooling our efforts, everything is possible,” Roy tweeted.