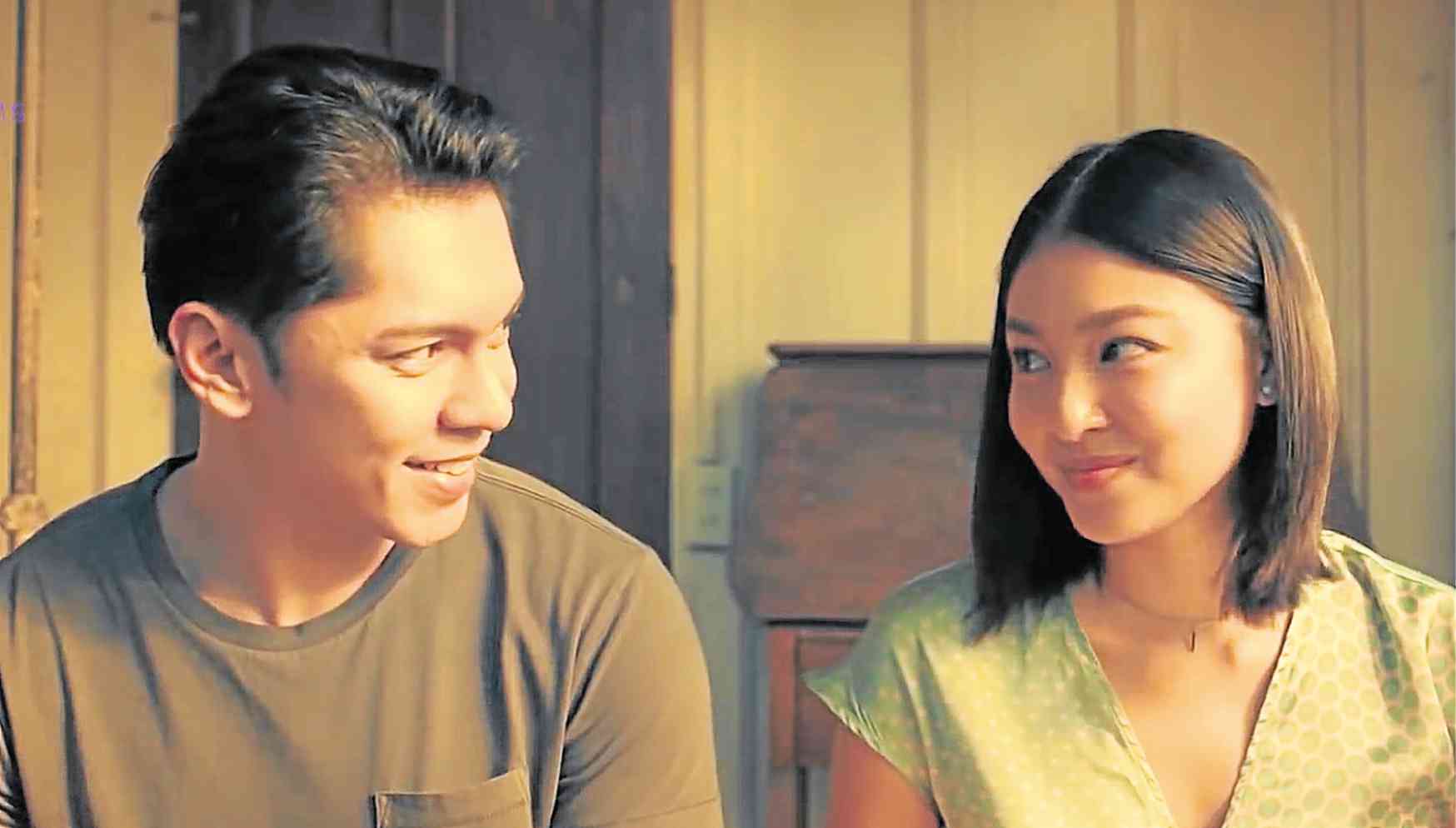 Nadine Lustre’s latest film “Ulan” results from a string of good ideas that fails to coalesce into a cohesive whole. It banks on its wearily saccharine and music-enhanced moments of unmitigated heartbreak as it lets its soulful lead actress do the heavy lifting.

While Nadine, this time without James Reid, strikes the thespic ball with affecting decisiveness, she’s ultimately weighed down by the dour and brooding cynicism of director Irene Villamor’s noirish film as it relies on flashes of quirky interaction between the actress and wisecracker du jour Leo Martinez, who plays her character’s politically incorrect but charming boss, to prevent the film from spiraling downward into a cinematic coma.

Despite its predictable progression, peppered with the production’s genre-breaching foray into magic realism, it’s easy to see how the bleak romantic persuasions femme fatale Maya Landicho (Nadine) has to endure can resonate with viewers who have experienced rejection and betrayal.

As the exposition shuttles back and forth between the present and the past, we come to understand why our orphaned heroine ends up thinking that love is far from the infinite and overflowing force hopeless romantics believe it to be. 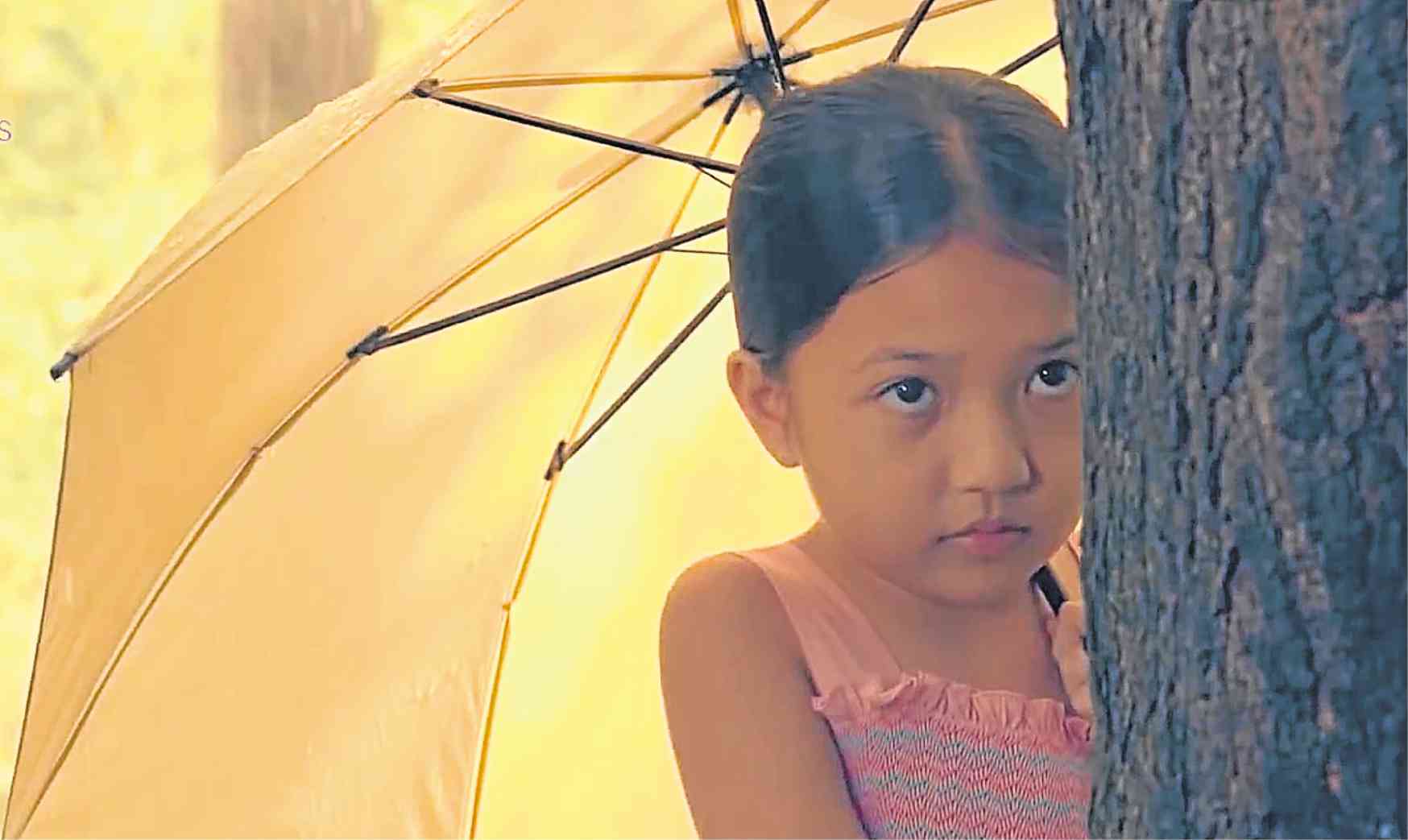 Even as a young girl (portrayed by Elia Ilano), the romantic odds were always stacked against Maya. She couldn’t even reciprocate her fondness for Jose Albert Garcia, the cute boy in class, because her grandmother (Perla Bautista) guarded her like a hawk.

Her lola also dispensed cautionary lessons about the dangers of defying the forces of nature and how the heavens demonstrate displeasure when people pursue forbidden love.

But hope splendidly springs for Maya when she finds herself “crashing” a tikbalang wedding by accident. The defiant equine couple (voiced by Dingdong Dantes and Mercedes Cabral), allegedly forbidden to marry one another by the gods of nature, explains to the young girl why they think everybody should rail against the shackles of romantic discrimination. The heart wants what it wants, after all.

Just as Maya finally gives up on love, she crosses paths with ideal boyfriend material Joseph Peter Buendia (Carlo Aquino, appropriately cast in the role of an inveterate do-gooder)—who inexplicably runs away immediately after he steals a passionate kiss from Maya under the rain! Anyare?

You’ll figure out the answer soon after. But while there’s much to like about Carlo and Nadine’s lived-in portrayals, there’s something about the movie’s “manufactured” development that feels detached, disjointed and eerily disturbing.

One film that deserves moviegoers’ avid support this week is James Robin Mayo’s bittersweet love story “Kuya Wes,” which makes clever use of lead actor Ogie Alcasid’s underappreciated dramatic chops as it examines the lessons people learn from love that cannot be reciprocated.

We’ve always known that there was more to Ogie than “Bakit Ngayon Ka Lang?” or his comedic antics, because we’ve acted with him in two difficult-to-stage musicals that effectively cast the actor-singer against type: in Nonoy Gallardo’s “Sino Ka Ba, Jose Rizal?,” where he played the titular hero; and in Nestor Torre and Ryan Cayabyab’s religious musical, “Mapaghimalang Birhen ng Caysasay.”

In both productions, we’ve seen Ogie’s willingness to plumb deep into his difficult characters and stretch beyond his comfort zone. 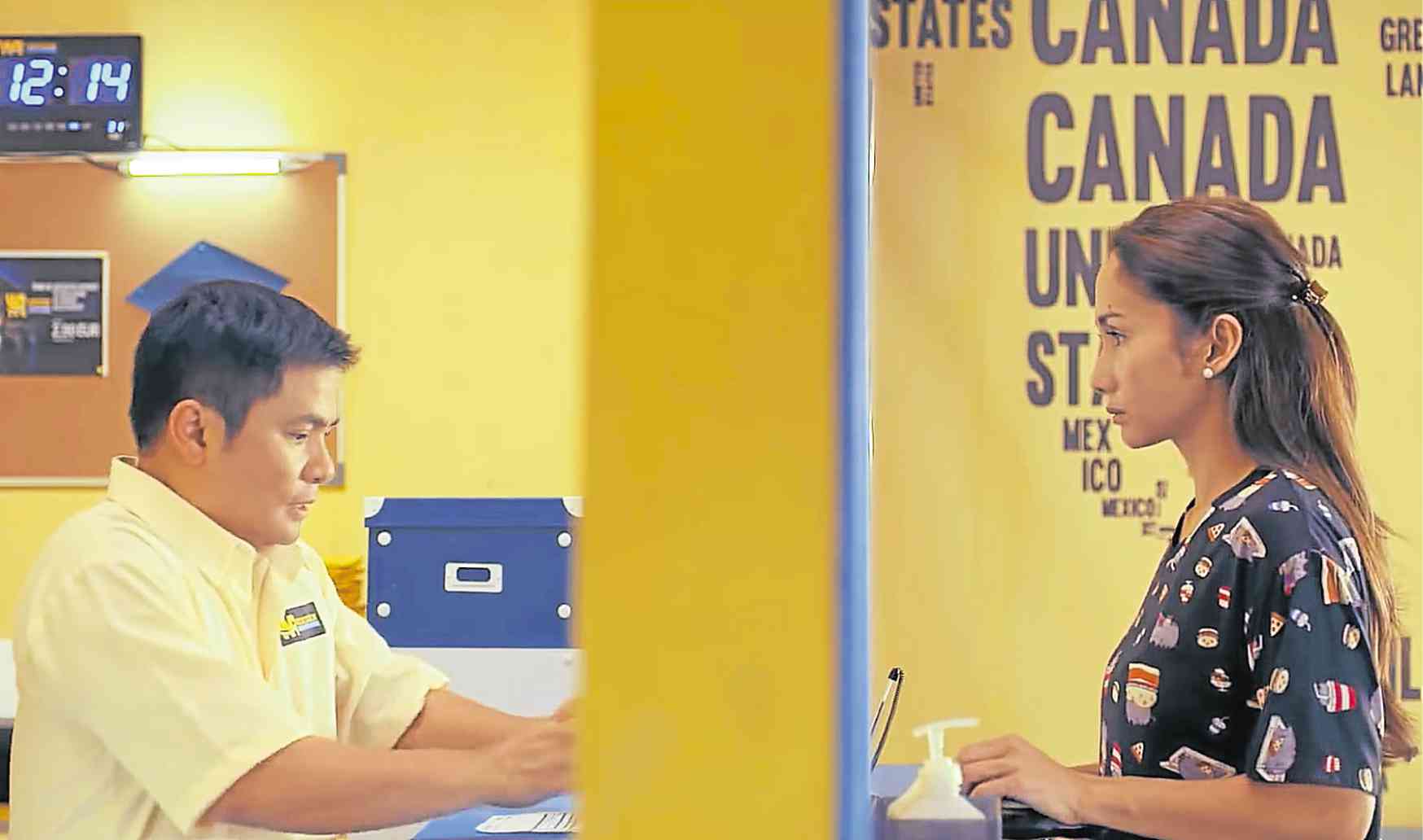 But “Kuya Wes” astutely incorporates his dramatic skills with his tried-and-tested comedic mettle.

It’s Ogie’s finely calibrated turn that allows the actor to show off his sensitivity more than his spot-on “physical” approximation of the character.

Shy, subservient and lonely remittance clerk Kuya Wes (Ogie) truckles to everybody’s whims until he falls for his lovely but perpetually cash-strapped customer, Erika (the transfixing Ina Raymundo, as likable as she is manipulative), who happens to be married, with kids. But his unreciprocated affection for Erika soon becomes both a game-changer and an eye-opener for Wes.

While his newfound source of inspiration becomes emotionally emancipatory for Wes, it also casts a pall over his relationships with everybody around him, forcing him to reassess where he stands in the larger scheme of things.

The film plays out like a provocative dark comedy—and a sort of “coming-of-age” story for middle-aged men.

Ina is a dazzling presence who has never been a slouch at acting, even during her glory days as a sexy star. But what makes the film truly significant is how it has become a platform to show Ogie in a different light.

The singer-songwriter isn’t just a singing and music-making wonder. Given the right material and with proper directorial coaching, Ogie can dig up his often-concealed dramatic depth to show a hefty mix of emotions and put it to good use—and he does just that in “Kuya Wes.”