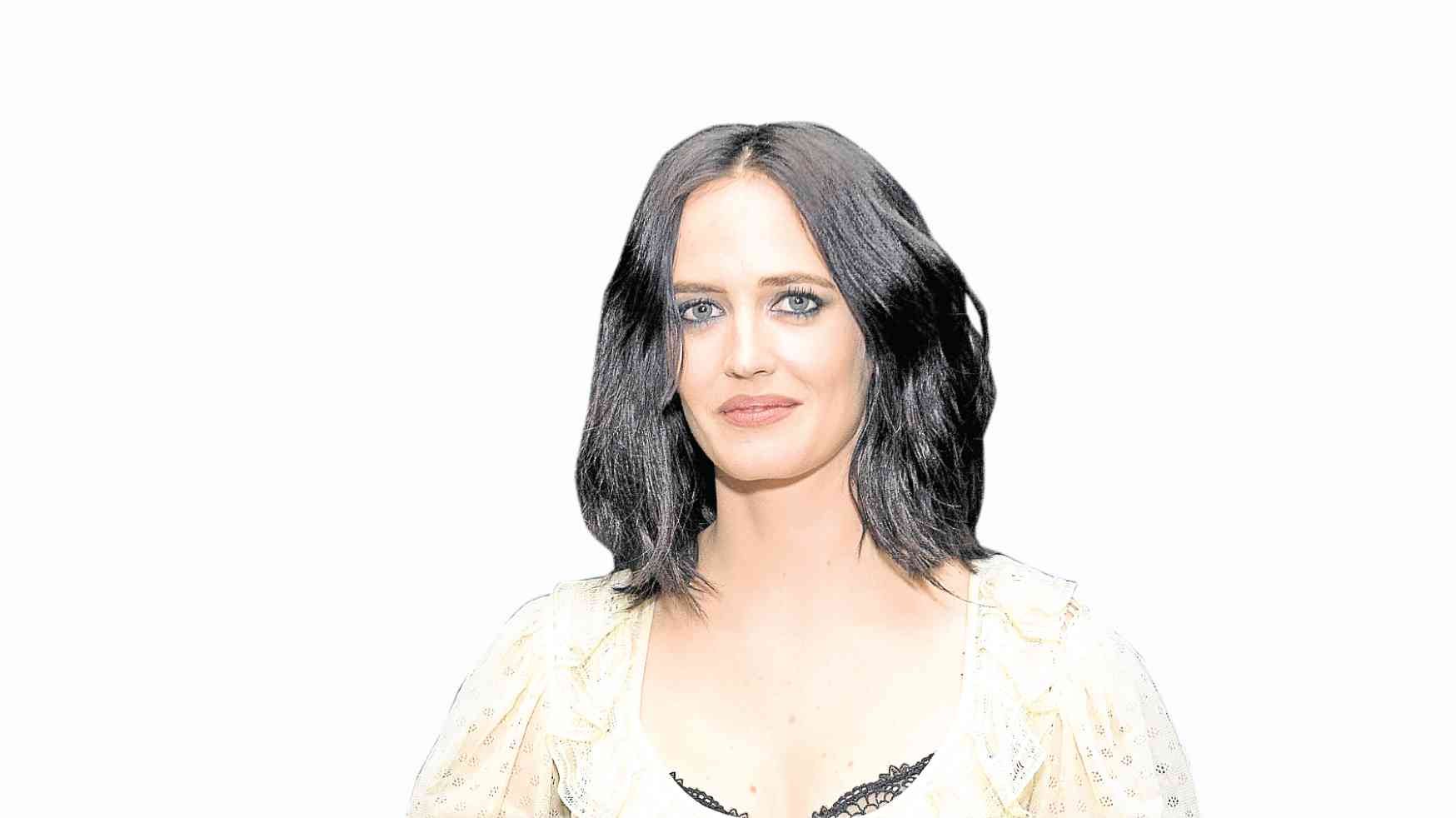 Colin Farrell, Michael Keaton, Danny DeVito and Alan Arkin are also featured in the endearing tale of a young elephant who can fly.

“I saw the original movie when I was 4 or 5 years old,” recalled the French actress whose eyes are, well, green. They are her best assets. Whether onscreen or in person, Eva mesmerizes with those eyes.

The former Bond Girl will also be seen this year in Alice Winocour’s “Proxima,” which is buzzed as a possible Cannes Film Festival entry in May if its postproduction work is done in time. Eva plays an astronaut who is training to go on a one-year mission in the International Space Station. 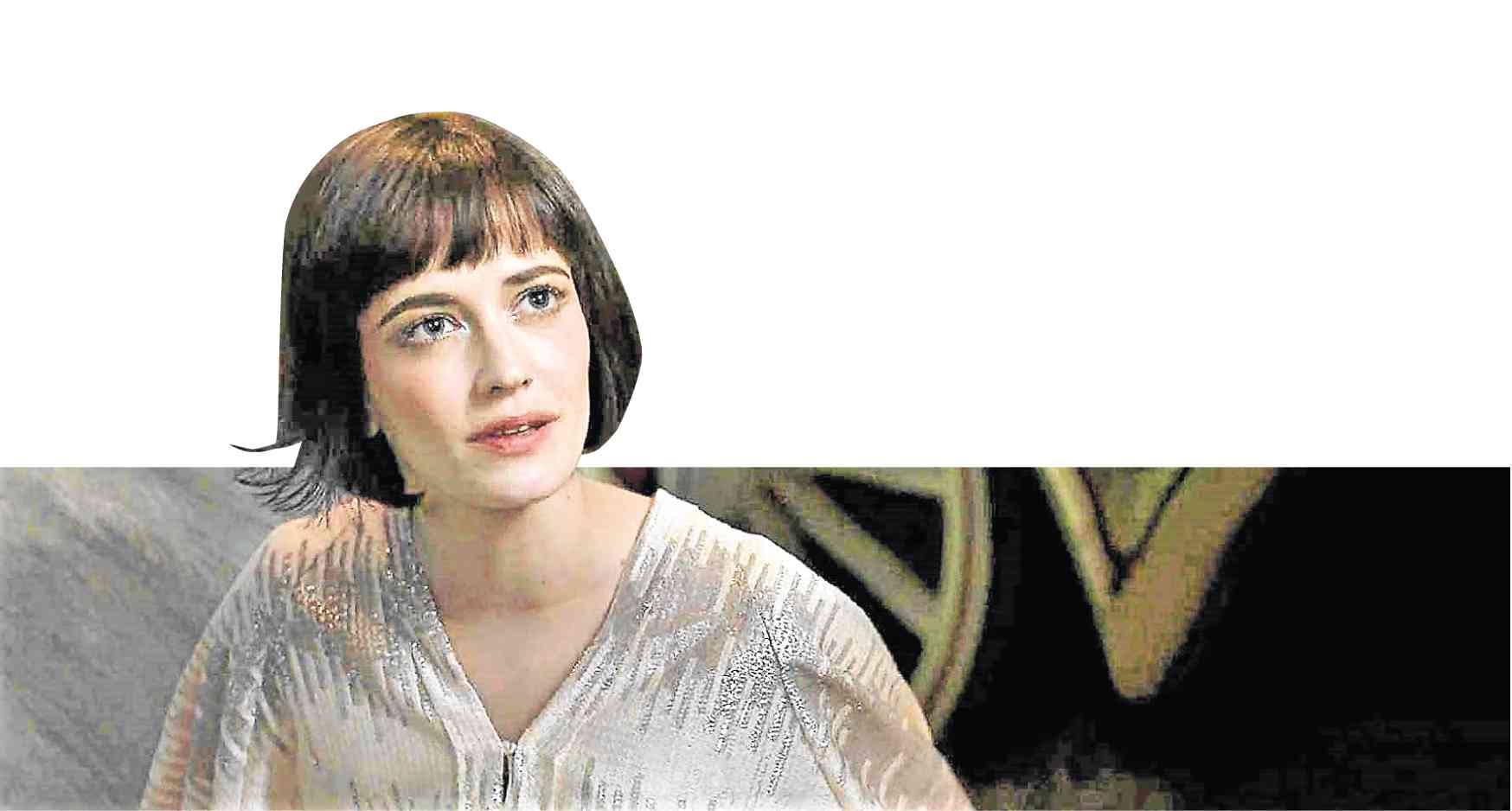 The Paris native is also in the cast of Dan Pringle’s science-fiction thriller, “A Patriot,” where she portrays Kate Jones, a Border Corp Captain in the story set in the future.

On television, Eva, who earned quite a following for her Vanessa Ives role in the “Penny Dreadful” series (which will get a spinoff with a different cast), landed the Lydia Wells part in the miniseries, “The Luminaires.” Eve Hewson costars with Eva in the TV adaptation of the novel set in the 1860s gold rush in New Zealand.

This is your third movie with Tim Burton. You once gave him a bug specimen for his birthday … God, it must have been a few years ago. Maybe I got it in The Evolution Store in New York. I can’t remember what it was.

It’s not your hobby to collect bugs? I used to have a few bugs, but I don’t do that anymore. I’m vegan and I don’t have stuffed things anymore. I’m a good girl now.

What has changed you? No. I haven’t really changed. People have always put me in the dark category because maybe I have dark hair, or I do intense, complicated movies sometimes. 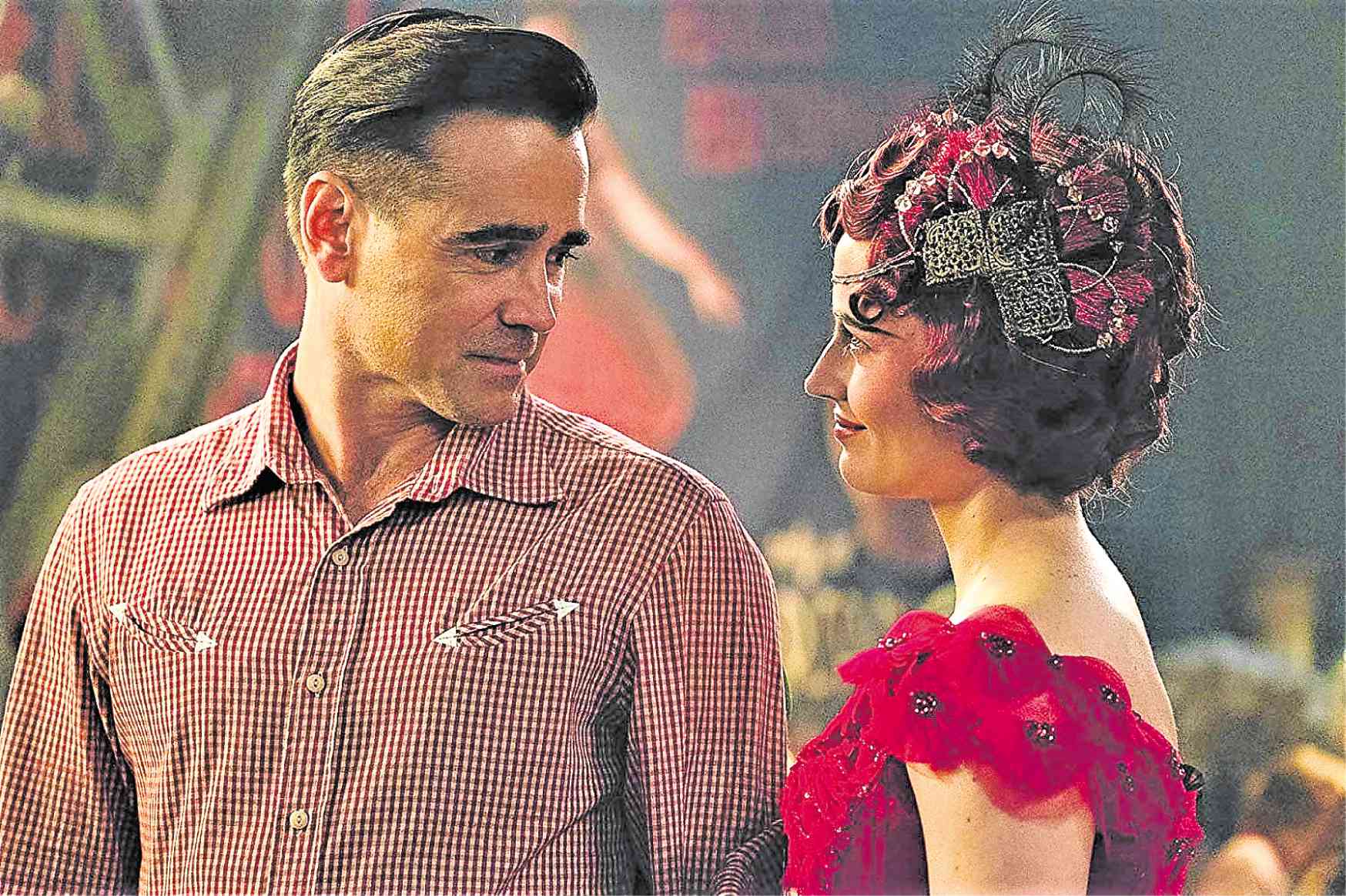 Some consider you as the muse of Tim Burton now. I find the term very intimidating.

I’m not sure. It’s very flattering, of course, but I’m very honored that he asked for me for a third time.

It’s wonderful to be able to play characters that are so different. In “Dark Shadows,” she was kind of a bonkers witch (laughs), a wounded witch. And then, Miss Peregrine, who is a woman-bird.

Then here, a trapezist, a clearer character than those in the two other movies I’ve done with him.

How different are these characters from you? Very different. You are your own instrument. You’re using your own emotions, so it’s part of you.

But I’m many things. When people meet me, they think I’m very serious. But I don’t think I am. I’m serious about the craft, but I don’t take myself seriously.

How do you see Tim Burton as a person? Some see him as quirky. He’s a very nice person. Very grounded. I don’t find him strange. He’s different, maybe. But weird? He’s not weird, he’s just wonderful. He’s very true, very real. He doesn’t lie.

He will always be very open to the actors. He really wants to hear what they’re thinking. He wants them to be comfortable.

How do you deal with the paparazzi who sometimes hound you, and fame? It’s not that bad. I have the ability to make myself invisible, as well.

When did you realize that your mother (actress Marlene Jobert) was famous? When people asked for her autograph on the street. Or sometimes, if she wanted something special from the bakery, I had to say, “I am the daughter of …,” then people change their attitude.

I never liked that. You can see straight away when it’s real or not, when people are really connecting.

What were your memories of going to the circus as a child? I probably went twice as a child, and I always felt a bit sad. I don’t know if it was the clowns, but there was something. I can’t explain it.

Maybe it’s just seeing these wild animals in the circuses. It doesn’t make sense that they are in captivity. I think children could feel that.

What did you learn about your body from playing an aerialist? I have great appreciation now for the aerialists in the circus, because I am afraid of heights.

So, I had to strengthen my arms and overcome my fear of heights. Training was very intense. So, it was a big challenge.

I worked intensively with some circus people every day for two to three hours.

“Penny Dreadful” gets a new incarnation, “Penny Dreadful: City of Angels.” What do you think of that? I’m very happy it’s having another life. I don’t really know the story. I know it’s happening in LA in 1938.

But yeah, I’m quite nostalgic, as well. Those three years were so intense. It was such a wonderful character, and the character still haunts me.

Bernardo Bertolucci, who directed your film debut, “The Dreamers,” died in November last year. Can you talk about making that film? There was a lot of nudity with you, Michael Pitt and Louis Garrel. Before doing “The Dreamers,” I had a gigantic poster of “Last Tango in Paris” in my room. I was obsessed.

My parents were a bit reluctant when I agreed to do that film, but I read the story. And the sex and nudity was completely justified. It was not gratuitous. And Bernardo was very caring. He never, ever forced us to do anything. He let us be. It was a wonderful experience, and it’s one of my favorite experiences, actually.

I was very shy. But when you are out doing the scene, you know it is for the movie. You believe in the movie, and you feel a bit numb.

It’s like you forget that you’re naked. You’re in character, and you’re doing a scene.

Do you keep in touch with Louis and Michael? Yes. We send messages to each other. There’s that strong bond as it was our first movie—a very strong kind of friendship.

Are you like some actors who don’t watch their films? Oh, God. I never watch my movies. It sounds very narcissistic. But it’s too painful for me because I can’t be objective. It’s just that I feel too self-conscious.

Does your mother talk to you about retiring? No, she doesn’t. She’s aware that it’s a crazy business. You’re constantly being judged, and you want to be desired, you want to find the next job.