For Dingdong, Zia learning to pray the novena, rosary more important than being among Asia’s ‘most beautiful kids’ | Inquirer Entertainment
Close
menu
search

For Dingdong, Zia learning to pray the novena, rosary more important than being among Asia’s ‘most beautiful kids’ 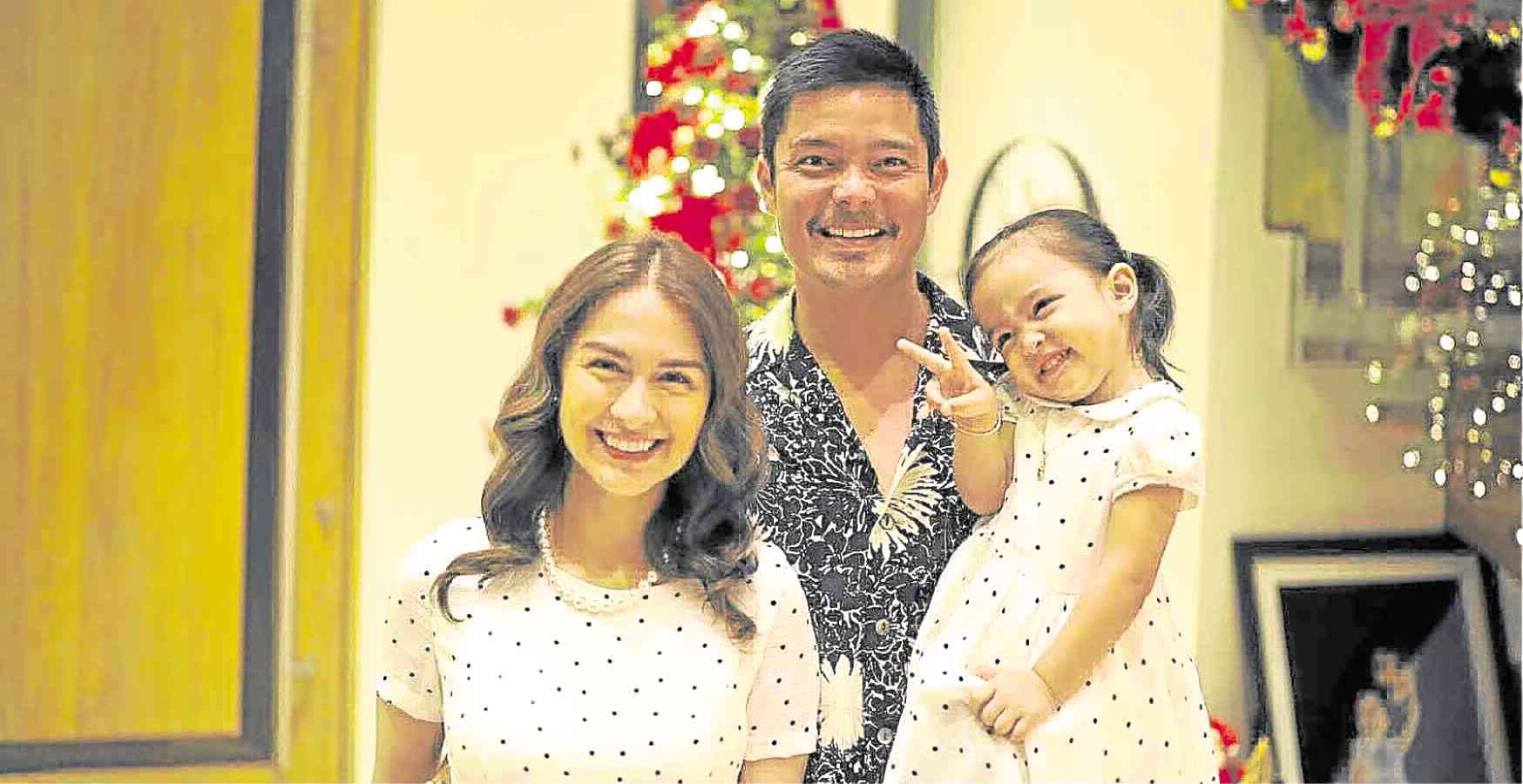 With Marian Rivera expected to give birth in less than a month, Dingdong Dantes said he and his family have been praying the novena every night for his wife’s safe delivery.

This got Zia all curious.

“She wonders about it, so I tell her that it’s a prayer … we’re praying the rosary. Then, I explain to her what it’s about and why we need to do it,” Dingdong told reporters at his recent launch as the new brand endorser of the beef wrap store Persian Avenue at its SM North Edsa branch.

And the 38-year-old Kapuso actor cherishes this “curious stage” in Zia’s formative years.

“The desire to listen; to learn and know the importance of these things. I love that she’s now in that stage. More than other things, it’s best that she knows about her religion … to keep her grounded,” he said.

Zia recently made it in a Vietnamese entertainment website’s list of “most beautiful kids of Asian celebrities.”

While he’s flattered that even people abroad are taking notice of his daughter, he feels that it’s not something Zia has to know about—at least, not right now.

“Of course, I feel proud. It’s a good thing she takes after her mother. Otherwise, that wouldn’t have happened,” he jested. “What’s important is for her to stay kind, especially now that she’s going to be a big sister … she helps us in preparing her baby brother’s room. ”

Dingdong can’t say for sure if Zia is going to end up following in her parents’ footsteps and enter show biz when she grows up. But the least he and Marian can do is to make sure that she has a normal childhood.

“Of course, we make sure we have regulations in place when it comes to things like that. Marian and I have plans to keep things chill,” said Dingdong, who thinks that Zia still has no idea what her parents do for a living. “But she does recognize the cameras … and the GMA studio where her mom does ‘Sunday PinaSaya.’”

For the first time in years, Dingdong and Marian will be spending the Holy Week in Manila. “We can’t go anywhere far. But I don’t mind at all! We have to stay here because Marian is due soon,” said Dingdong, who’s excited to become a father to a baby boy.

“I can’t say that I was more excited the first time or vice versa. It’s just a different kind of excitement. Everything is new,” Dingdong pointed out.

How is he preparing for his second baby? “Maybe I can lessen my work load and stay at home as much as I can,” surmised the GMA 7 star, who’s set to star in a local adaptation of the South Korean crime thriller “A Hard Day.”

He added: “The most important thing is taking care of my health. I want to be with my family for a long time.”