NEW YORK — HBO’s “Leaving Neverland” is heading up the charts. 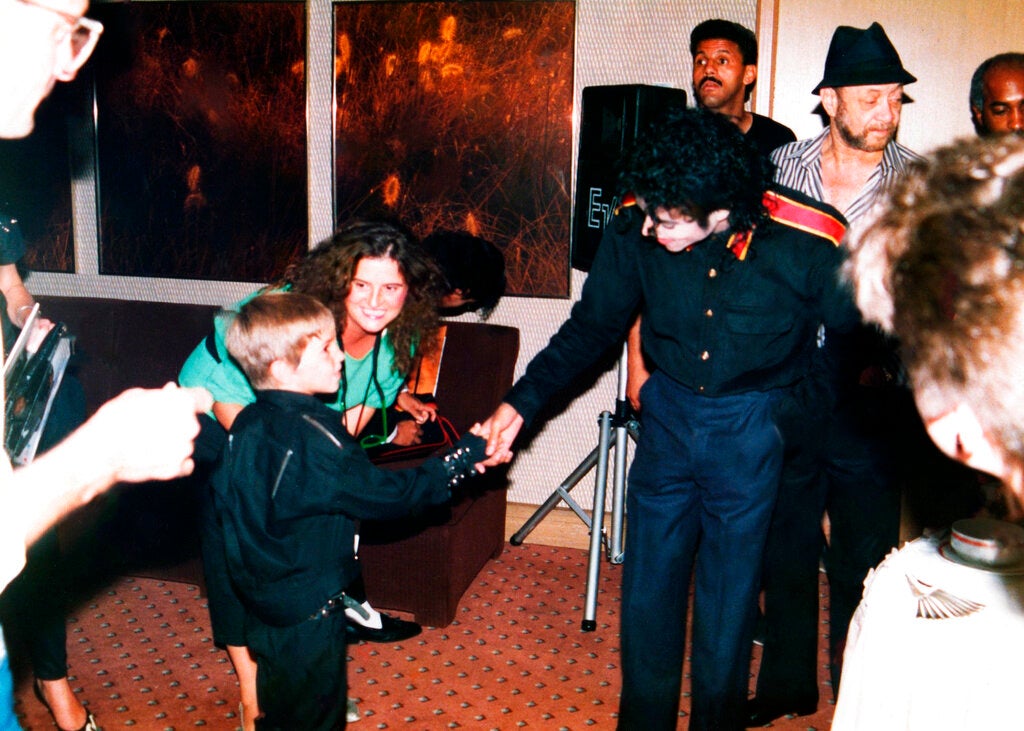 This image released by HBO shows a young Wade Robson shaking hands with pop icon Michael Jackson in 1987, in a scene from the documentary “Leaving Neverland.” Image: Dan Reed/HBO via AP

The unsparing documentary about Michael Jackson and his alleged sexual abuse is already the third most-watched documentary of the past decade at the prime cable network, which takes pride in its documentary schedule. It’s likely to surpass “Bright Lights,” the movie about Debbie Reynolds and her daughter Carrie Fisher, which is currently in second place, the network said.

The first half of the four-hour program on Jackson has been seen by 3.67 million people, the Nielsen company said. The second half stands at 2.45 million. Those totals are expected to go up as people catch up with the program through delayed viewing.

HBO’s most-watched documentary over the past decade is “Going Clear,” about Scientology.

CBS won another week in prime-time behind the soon-to-depart comedy “The Big Bang Theory,” and its prequel, “Young Sheldon.”

ABC’s “World News Tonight” topped the evening newscasts with an average of 9.3 million viewers. NBC’s “Nightly News” had 8.6 million and the “CBS Evening News” had 6.3 million.