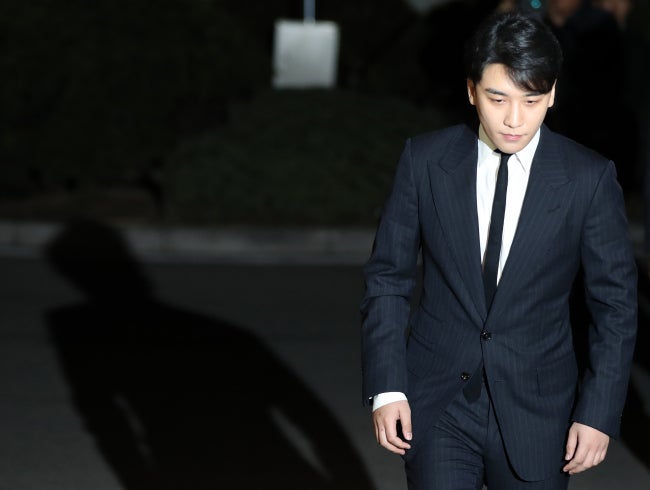 SEOUL — A series of allegations surrounding Seungri of Big Bang may have brought down his entire career, as the Korean pop star on Monday announced his retirement.

“I feel like it is best from me to retire from the entertainment business at this point,” Seungri said via his Instagram page, adding that the matter in which he was involved is so serious he had decided to retire. “I will sincerely submit to the investigation on this matter, and reveal truth to all the allegations.”

Seungri, 29, is currently under investigation for brokering prostitution for investors, and has been booked without physical detention by police. The investigation took off after a media report showed a group chat via a mobile messenger between the K-pop star and people who appear to be his employees, who were taking his orders to procure sexual favors.

Other allegations surrounding Seungri also include suspicion that frequent drug use occurred at Burning Sun, the nightclub where the singer had been an executive director, and that club officials have bribed police.

Seungri himself has been cleared of drug use via a recent drug test.

After allegations surfaced, Seungri announced he wanted to enlist for his mandatory military service on March 25. But police said the investigation will not be hindered by his status as a conscripted soldier.

National Police Agency Commissioner General Min Gap-ryong told reporters Monday that his officers would not quit on the investigations, and would seek cooperation from the Ministry of National Defense to get to the bottom of the case.