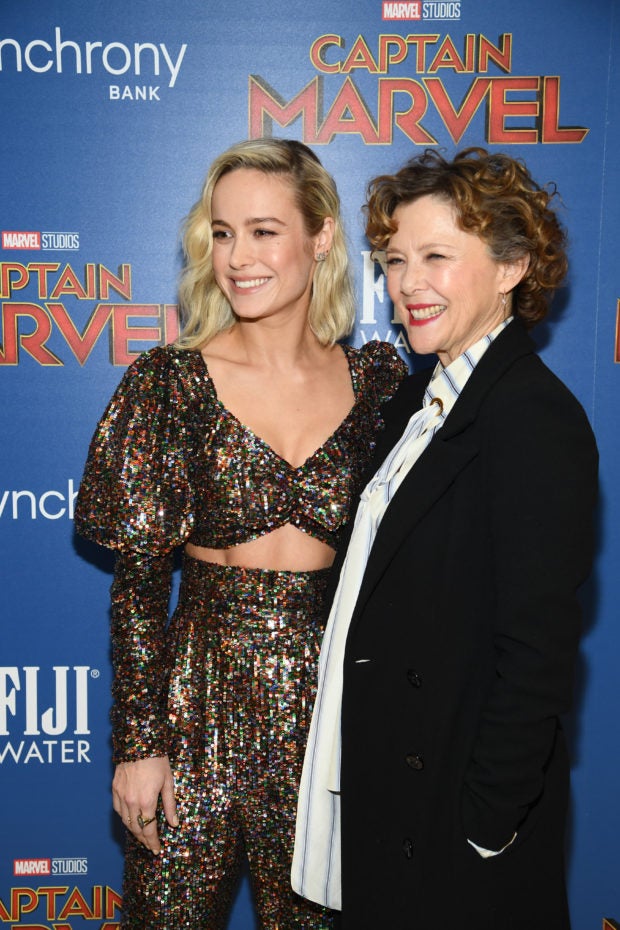 Added to the $302 million taken in internationally, the film’s estimated total of $455 million for the three-day weekend would give it the sixth highest global debut ever, according to Variety, and the best domestic start for a superhero film since Disney and Marvel’s “Black Panther” opened last year with $202 million.

The film stars Brie Larson, winner of a 2016 Best Actress Oscar for “Room,” as Carol Danvers, a former fighter pilot who gains superhuman powers in a fluke accident and finds herself in the middle of a galactic conflict.

The film, which opened on International Women’s Day, was co-directed by Anna Boden and Ryan Fleck.

Trailing light-years behind in second place, at $14.7 million, was Universal’s “How to Train Your Dragon: The Hidden World,” which had topped the North American box office for two straight weekends.

The final installment in the “Dragon” trilogy, voiced by Jay Baruchel, America Ferrera, Cate Blanchett and F. Murray Abraham, tells the story of young Hiccup and his dragon Toothless on their quest to find a reputed dragon utopia.

In third, down one spot, was Lionsgate’s “A Madea Family Funeral” from actor/director Tyler Perry. The latest comic chapter about the irreverent but caring elderly title character (played by Perry) earned $12.1 million.

Fourth spot went to Warner Bros.’ “The Lego Movie 2: The Second Part,” at $3.8 million. Chris Pratt, Elizabeth Banks and Will Arnett voice the animated toys in a story of love and apocalypse in a plastic universe.

And in fifth was Fox’s “Alita: Battle Angel” at $3.2 million. The sci-fi fantasy stars Rosa Salazar as a nearly human cyborg who has lost her memory. / gsg