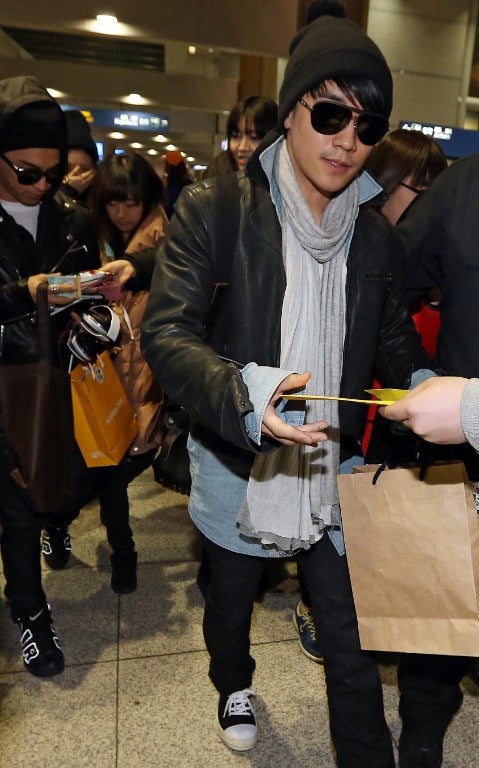 SEOUL — Police on Sunday accelerated their probe into sexual bribery allegations involving Seungri of South Korean boy band BigBang, as they booked him as a suspect and raided a Seoul nightclub associated with the performer to gather evidence.

Investigators are looking into the suspicion that Seungri used various nightclubs in Seoul’s Gangnam district for lobbying and even attempted to introduce escorts to foreigners to encourage them to invest in his business ventures.

On Sunday morning, the Seoul Metropolitan Police Agency sent 20 investigators to raid the nightclub Arena to gather evidence about the swirling suspicions surrounding the 29-year-old singer.

“To secure a warrant for the raid aimed at addressing suspicions, we have booked Seungri as a suspect,” a police officer said on condition of anonymity.

Police reportedly booked three or four others related to the allegations.

On Feb. 27, police questioned Seungri over the allegations. He also underwent a test over suspicion of drug use. He denies all allegations.

Last week, his agency, YG Entertainment, announced he will join the Army on March 25.

Separately, police raided the Seoul Regional Office of the National Tax Service last Friday as part of their probe into allegations of tax evasion at Arena. Yonhap

Read Next
Justin Bieber asks fans to pray for him amid emotional struggles
EDITORS' PICK
As Duterte stepped down, more Filipinos tighten belts to make ends meet
Beyond just beauty and aspiration: How Air Residences gives new meaning to luxury
House energy committee chair Arroyo bats for cheap electricity
Summit breakthrough – EJ Obiena is the first Filipino to win in the World Athletics Championship
12.2M Filipino families felt ‘poor’ in Q2 of 2022 — SWS survey
DepEd seeks P16B addt’l funds for repair of schools damaged by Abra earthquake, typhoons
MOST READ
LOOK: Barbie Imperial a gold goddess in ‘Ibong Adarna’ birthday shoot
US jet that flew Pelosi to Malaysia turns north to Philippines
Giselle Sanchez slammed by Floy Quintos: ‘Art has nothing to do with your choice’
Vice Ganda apologizes for ‘Miss Q and A’ contestant who made inappropriate joke on ‘It’s Showtime’
Don't miss out on the latest news and information.