‘Captain Marvel’ is flawed but serviceable 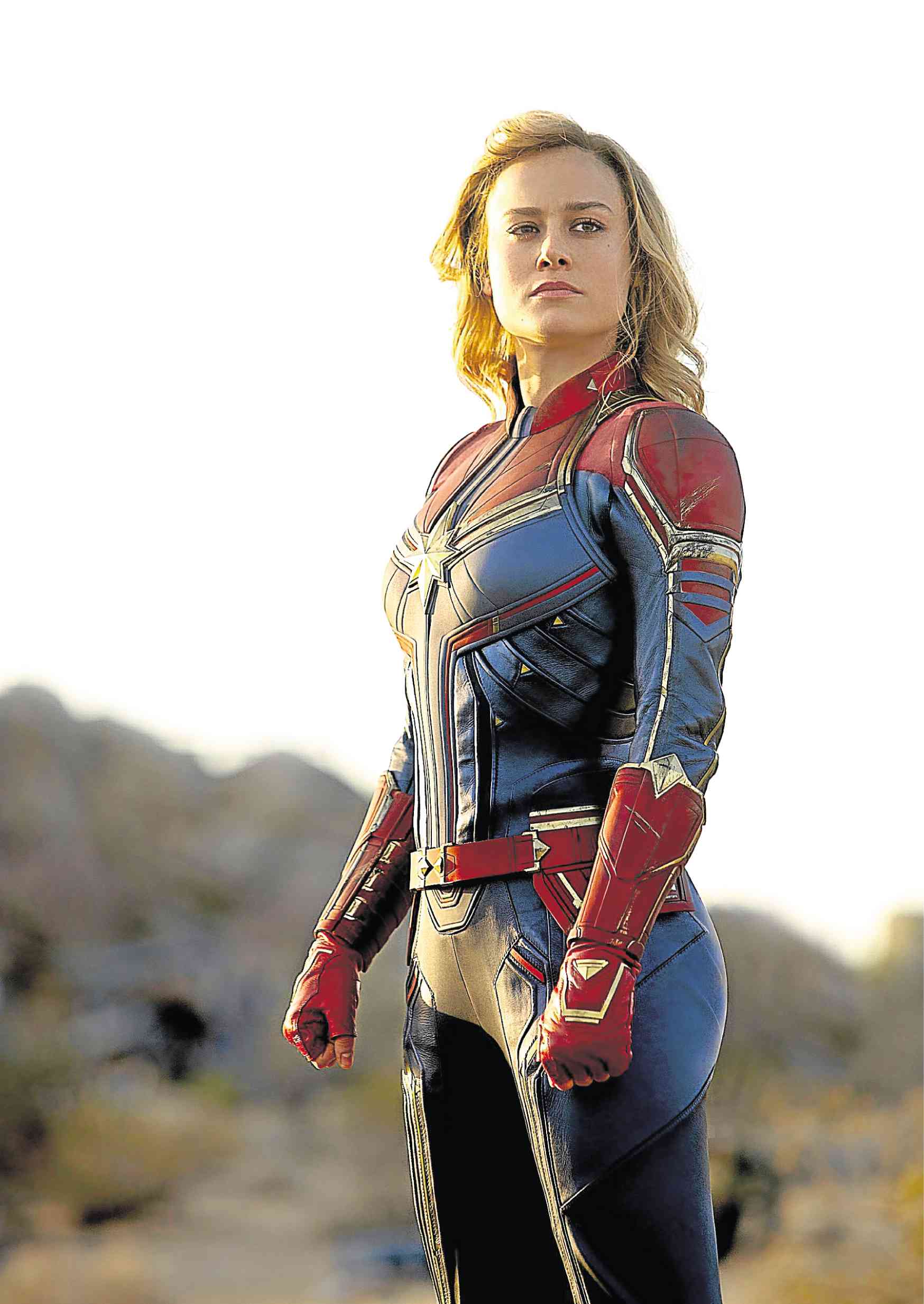 A decade after a series of blockbuster hits, Marvel Studios finally has its own heroine-led movie, “Captain Marvel,” inspired by Marvel comic books starring the feminist protagonist, Ms. Marvel. Its release coincides with Women’s Month, and at a time when representation of women and minorities is an issue that’s being addressed by Hollywood.

But, the female-empowering film by Anna Boden and Ryan Fleck, like most of Marvel’s films, has its flaws, despite its unmistakable sheen and grandiose superheroics.

It centers on Carol Danvers (Brie Larson), an amnesiac warrior who finds herself training to put her powers to good use, or more specifically, to benefit the alien Kree empire.

Known only as “Vers,” Carol goes on a mission led by her Kree mentor (Jude Law), and alongside formidable allies (Djimon Hounsou, Gemma Chan, etc.). But, she ends up captured by members of the shape-shifting alien race, the Skrulls, who are indubitably intrigued by the unusual combatant.

Escaping, she finds herself crash-landing on Earth, long considered a primitive, unattractive planet—smack-dab in the ’90s, and pursued by Agents Fury (Samuel L. Jackson) and Coulson (Clark Gregg). Both are unaware of the existence of aliens, and warring ones, at that.

Vers sees visions of her past—and meets people who may help her figure out long-unanswered questions.

Her existence hinted at in last year’s “Avengers: Infinity War,” Captain Marvel’s importance is finally felt and explained, although her origin story, and Fury’s, often feel disjointed. The memories of the main heroine can be described that way already, but the storytelling has some lapses—lulls and missed opportunities at certain dramatic moments.

The pop-culture references are funny, sure, evoking nostalgia for simpler times and, sometimes, arguably better music (there’s Elastica, Nirvana, Garbage, No Doubt, and so on). Carol, at one point, sports a grunge getup (Nine Inch Nails shirt, flannel shirt tied at the waist, etc.) and it’s easy to get drawn into that relatively innocent, if tech-limited era.

But, it gets iffy, sometimes. One song accompanies a problematically choreographed fight scene, and while it feels cool, the lack of synching with the lyrics diminishes it.

Be that as it may, “Captain Marvel” is still watchable.

Her uneven introduction aside, Larson and her character will be around for some time, escalating in importance especially since original Marvel Cinematic Universe actors (Chris Evans and, possibly, Robert Downey Jr.) are exiting the franchise soon.

Created in the late ’70s, Carol Danvers/Ms. Marvel embodied independent-thinking, progressive women. The film version, Marvel’s answer to DC’s Wonder Woman, is a mighty addition to the ranks. She may not be fully developed yet, but her unrealized potential is worth exploring in the inevitable sequels.

Stick around for two extra scenes that will be important to the next “Avengers” film, the ominously titled “Endgame,” to be released later next month.