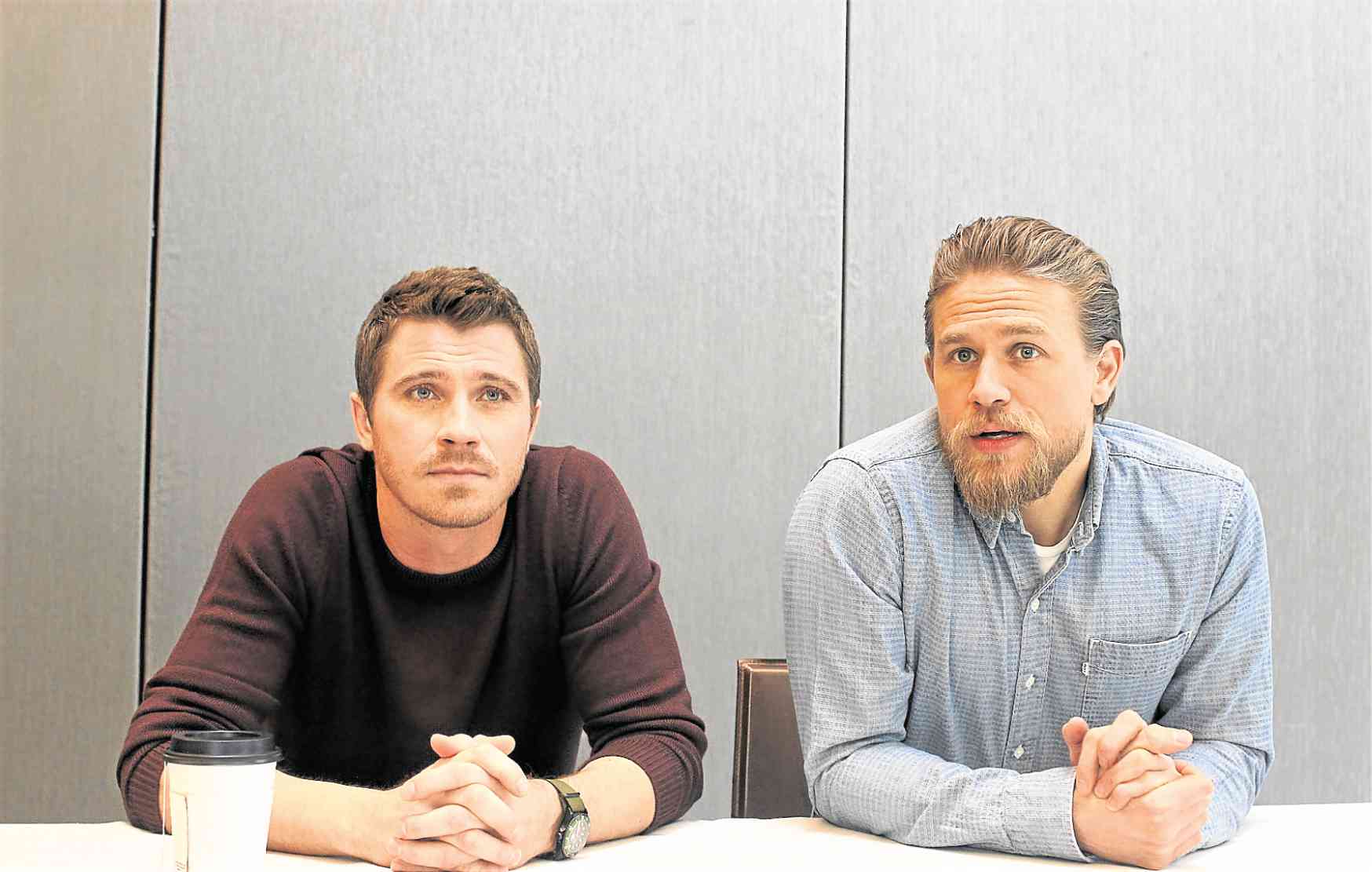 LOS ANGELES—It was interesting to watch Charlie Hunnam and Garrett Hedlund, buddies in real life and playing brothers in the movie “Triple Frontier,” seated together in our recent interview at the Four Seasons Hotel New York Downtown.

Paired together, the handsome actors often stroked their beards, clasped their hands or leaned forward at the same time.

“He was doing that to me yesterday,” Charlie, 38, said about Garrett, 34, playfully imitating his moves. Laughing, Charlie admitted, “It f***ed me up.”

But on that afternoon, the two seemed to be spontaneously in sync with their gestures. 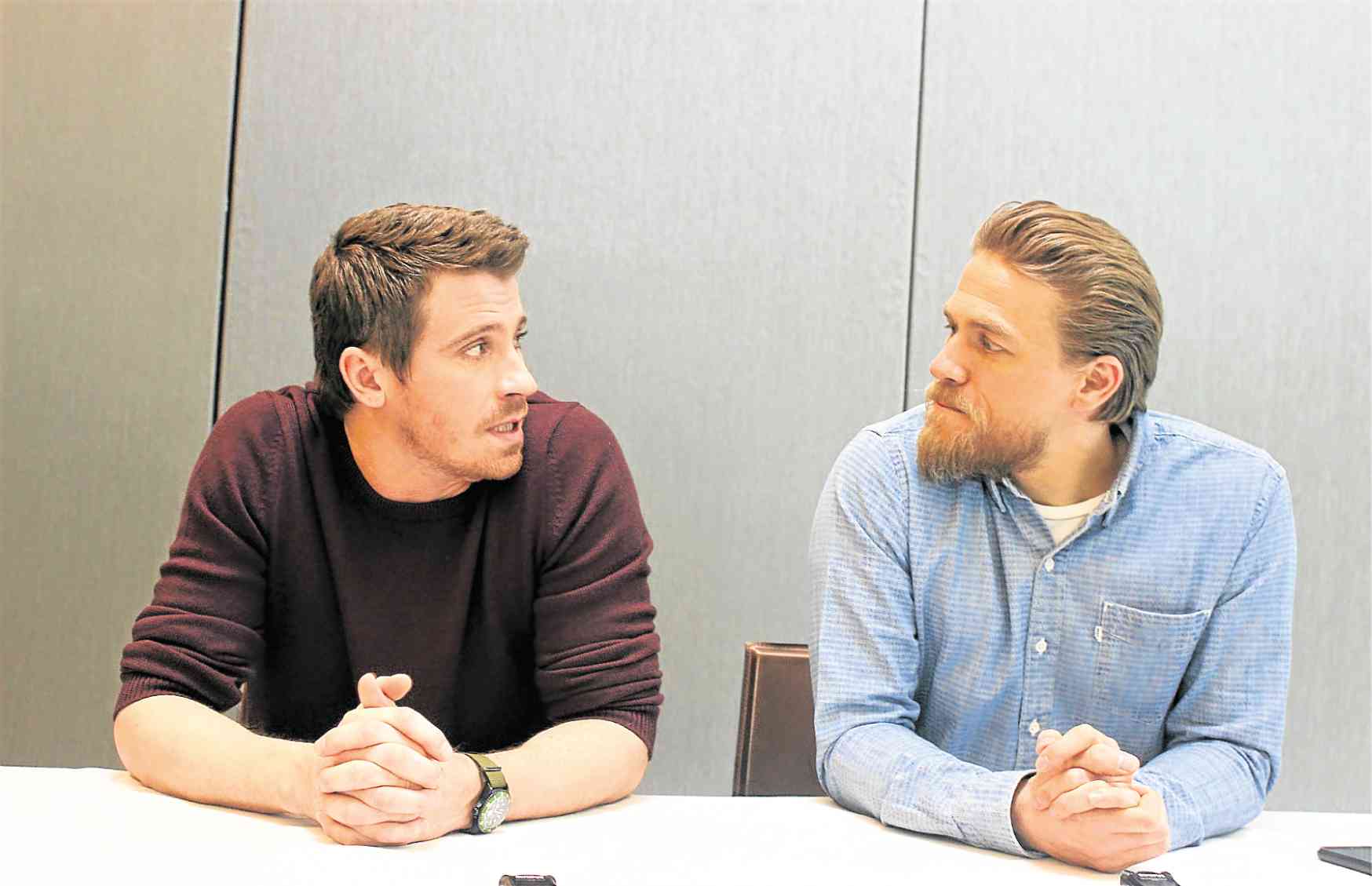 For a change, these dudes go on a dangerous mission for themselves, not for their country. Of course, twists and surprises test their skills and loyalties to each other.

Asked if they have been mistaken for each other, the English Charlie answered, “Funny enough, no. But when we spend a lot of time together, people would always ask us if we were brothers. But I’ve never gotten like, ‘Are you that guy from ‘Friday Night Lights’?”

“No,” Garrett confirmed. With a smile, the American actor added, “And I just like that Charlie’s response is always, ‘Yes, we are brothers. Which one do you think is younger (laughs)?’”

Charlie shared, “JC (Chandor) was talking to both of us. But he felt that we looked so similar and have a similar sensibility that it would be distracting to have us onscreen together. Then, he had this eureka moment and that he could change the script, write us as brothers and hire us both.”

On their roles, Garrett described his as: “I play Ben Miller, the younger brother to Charlie’s character. We’re all with Special Forces with every ability that you’re taught within the Special Forces. We are able to accomplish any task that the military asks. And we’re brought together for this mission, which seems impossible.” 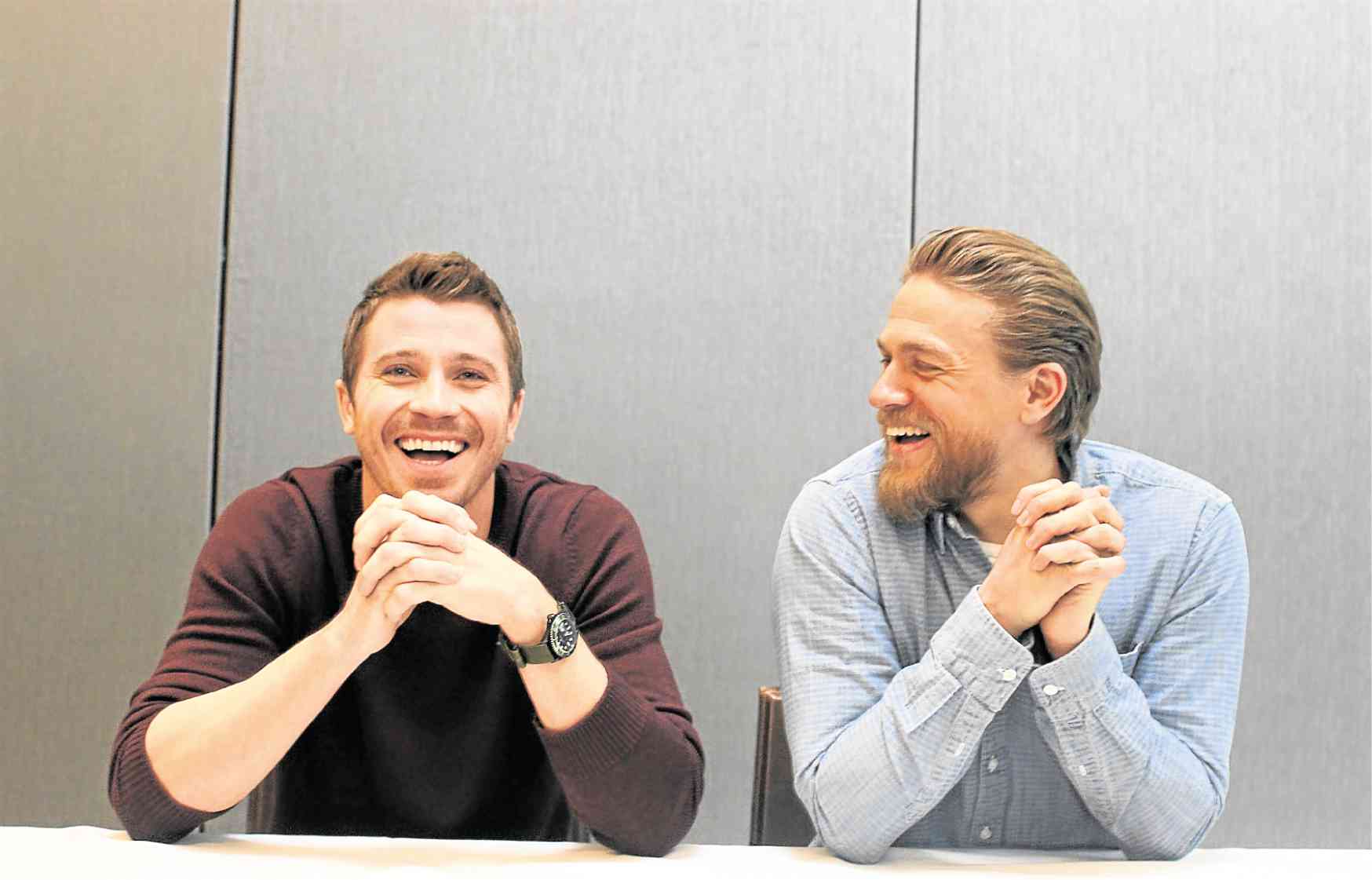 Charlie: “I portray William Miller, a guy who had a strong purpose and dedicated his life to developing an extraordinary skill set. And now, he’s still in the prime of his life and completely disillusioned because he has no outlet.”

Since the movie revolves around the guys’ daring plan to steal millions of dollars in a drug kingpin’s house, we asked what their relationship to moolah was, especially during their struggling years as an actor.

“Money is a huge motivating factor until the moment that it’s not,” Charlie replied first. “Then, you realize that a lot of what you attributed to your desire for should be attributed to some existential quandary that you have, trying to derive some sort of meaning from your existence.”

Garrett recounted, “The first time Charlie and I met was at a poker tournament in his backyard. So money has a lot to do with our relationship at the beginning of our careers together (laughs). Charlie said it first, that he realized he disliked me, then I realized that I also disliked him.”

Garrett continued, “When I first got to LA, I remember one film in particular that Randall Wallace was directing. They said they were interested in me, but they were particularly interested in this Charlie Hunnam because he’s so worldly.”

“Charlie just got back from Vietnam and he owned swords,” Garrett added. “I had a little apartment with some Ikea furniture, maybe just a futon. He had a house (laughs). I grew up in northern Minnesota in a very small town with two stoplights.

“To be able to get to do this job and work with friends in these particular films and the locations we got to work in—it’s quite incredible.”

Charlie pointed out, “The perception of how much happiness and stability money will give you and the reality of it is so disproportionate.

“I secretly felt that my character, Ironhead, is the only one who really understood why he was going on this mission, which was, he knew he was floundering without his brothers, and without a deep purpose. That mission gave him a sense of substance in his life.”

On what was the most expensive thing that he recently bought for himself, Charlie shared, “I don’t care about cars, but I got a nice car [three years ago]. It was an Audi A6 which is sort of midrange, but it’s still much nicer than anything I’ve ever driven.

“What money does is buy you the freedom to be able to spend your time the way you want to spend it and not be beholden to uncaring machinery. That is the way capitalistic society can enslave and rob you of your personal freedom.” 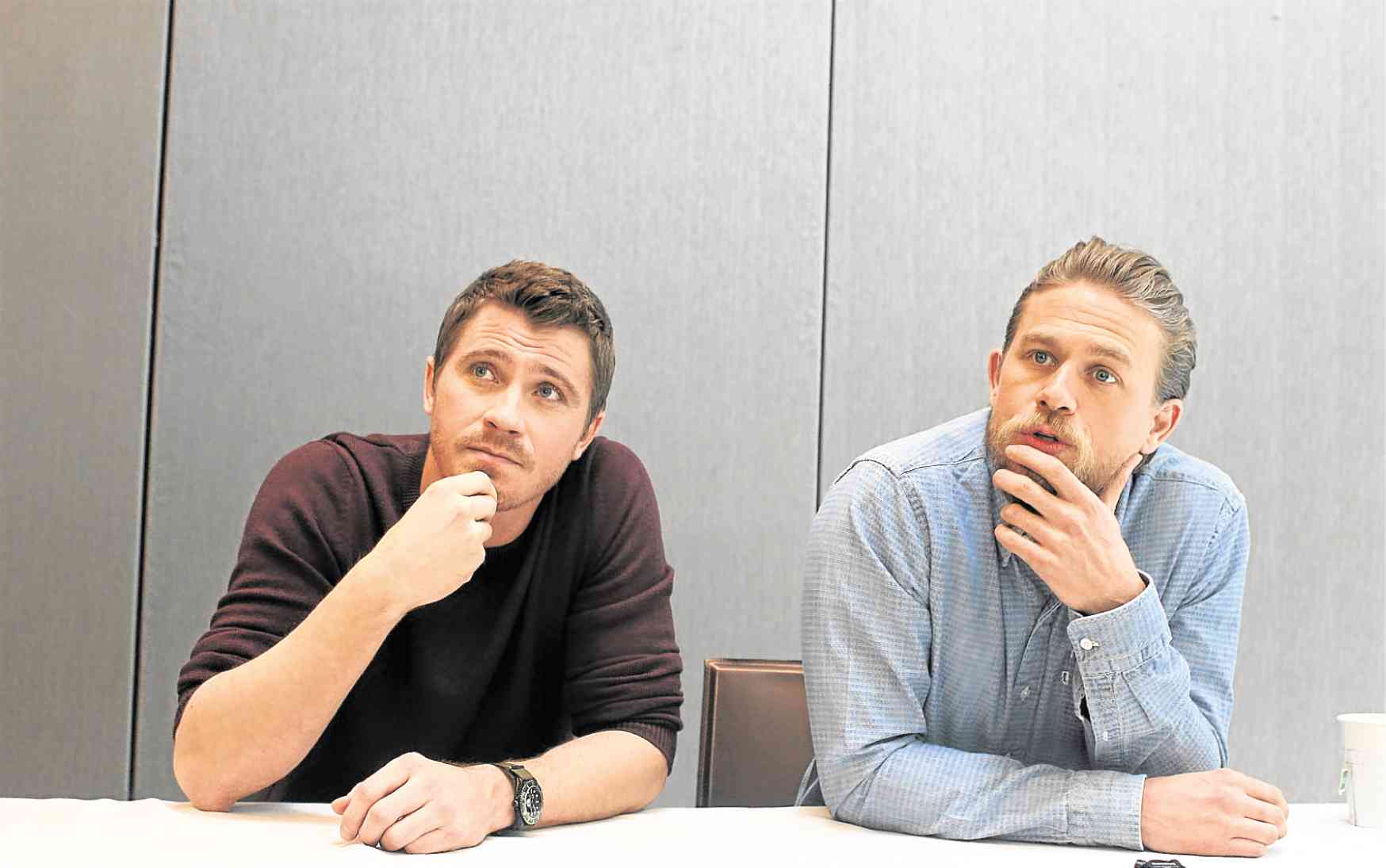 For his part, Garrett said, “I would buy an island just like Tim McGraw’s.”

Charlie asked, “Where is his island?”

Garrett answered, “I’m not supposed to disclose.” (It’s in the Bahamas, according to Architecture Digest, which featured this island home of Tim and his wife, Faith Hill.)

But for now, Garrett cited his “house in Los Angeles” as his biggest expense. “I’m happy settling down. I’ve lived so minimalist. I was always appreciative of living in very small spaces because I thought it made me feel bigger in a way, or made me go out and see the world more because … I didn’t want to stay in there because I felt confined.

“But when I bought a house, I’d wake up and do things all around the house. I found I wasn’t leaving my home for days and weeks.”

“It’s such a good point because you do become beholden to the things you own,” Charlie said. “And if you have a large house, you’re going have to look after that house.”

And with that, Garrett and Charlie again stroked their beards pensively. At the same time.