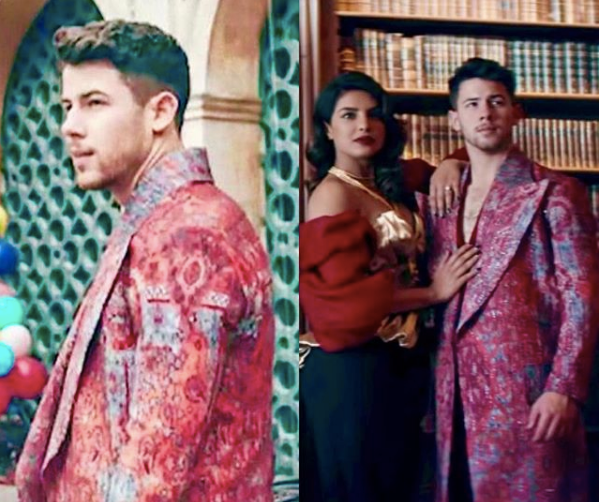 Cinco took to social media where he first shared a photo of Jonas wearing a red sleeveless, low-cut velvet suit on March. 2.

In another post, Cinco shared a photo of Jonas wearing a Persian carpet-inspired long coat beside his wife, actress Priyanka Chopra.

The Jonas Brothers’ latest music video was filmed in England with their family and saw the appearance of some special guests: Nick’s wife Chopra, Joe’s fiancée Sophie Turner and Kevin’s wife Danielle Deleasa.

The brothers’ career took off in 2008 thanks to their appearances on Disney Channel. The band announced their split in October 2013 after canceling a comeback tour, citing a big disagreement over their music direction as the reason behind the split. NVG