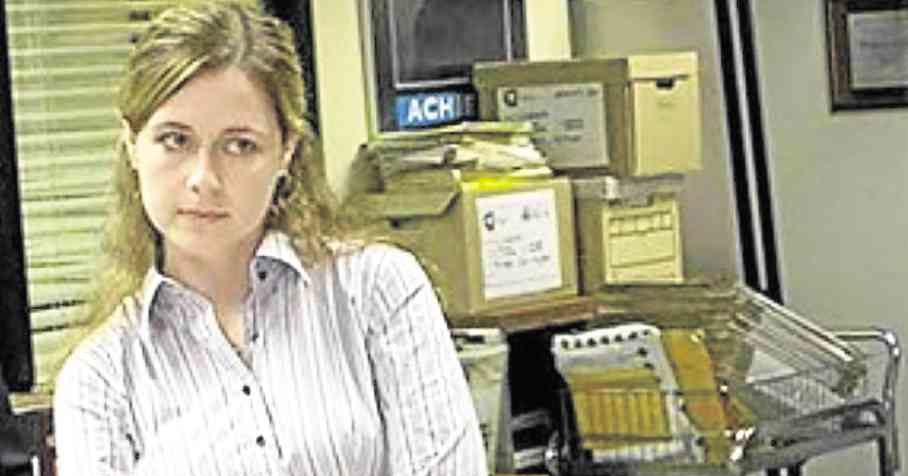 In Busy Philipps’ talk show “Busy Tonight,” her guest Jenna Fischer, who played beloved character Pam in the mockumentary series “The Office” from 2005 to 2013, received advance birthday gifts from some of her former costars.

Philipps asked Fischer to open a couple of boxes, which contained recognizable items.

Ellie Kemper sent her a jar of snacks. “These are raisin crusts from Trader Joe’s, and during an episode, they had these on set,” Fischer recounted. “She and I ate about four boxes of them.”

Angela Kinsey and Ed Helms sent a shirt with a cartoon bread drawing and a banjo, respectively.

Philipps led Fischer to a last, enormous box. “It’s really big, but it’s your birthday next week, so we wanted this to be special,” the host said.

Fischer lifted the lid, and out came Steve Carell, Fischer’s costar of seven years before he left the series.

Fischer, in disbelief, screamed, “Oh my God,” before warmly hugging her former castmate, who played her boss, Michael. Carell greeted her a happy birthday, and Phillips asked the teary-eyed but ecstatic celebrant, “Are you all right?” Fischer, composing herself, exclaimed, “Oh, yes!” —OLIVER PULUMBARIT