Backstage with the Oscars winners (conclusion) 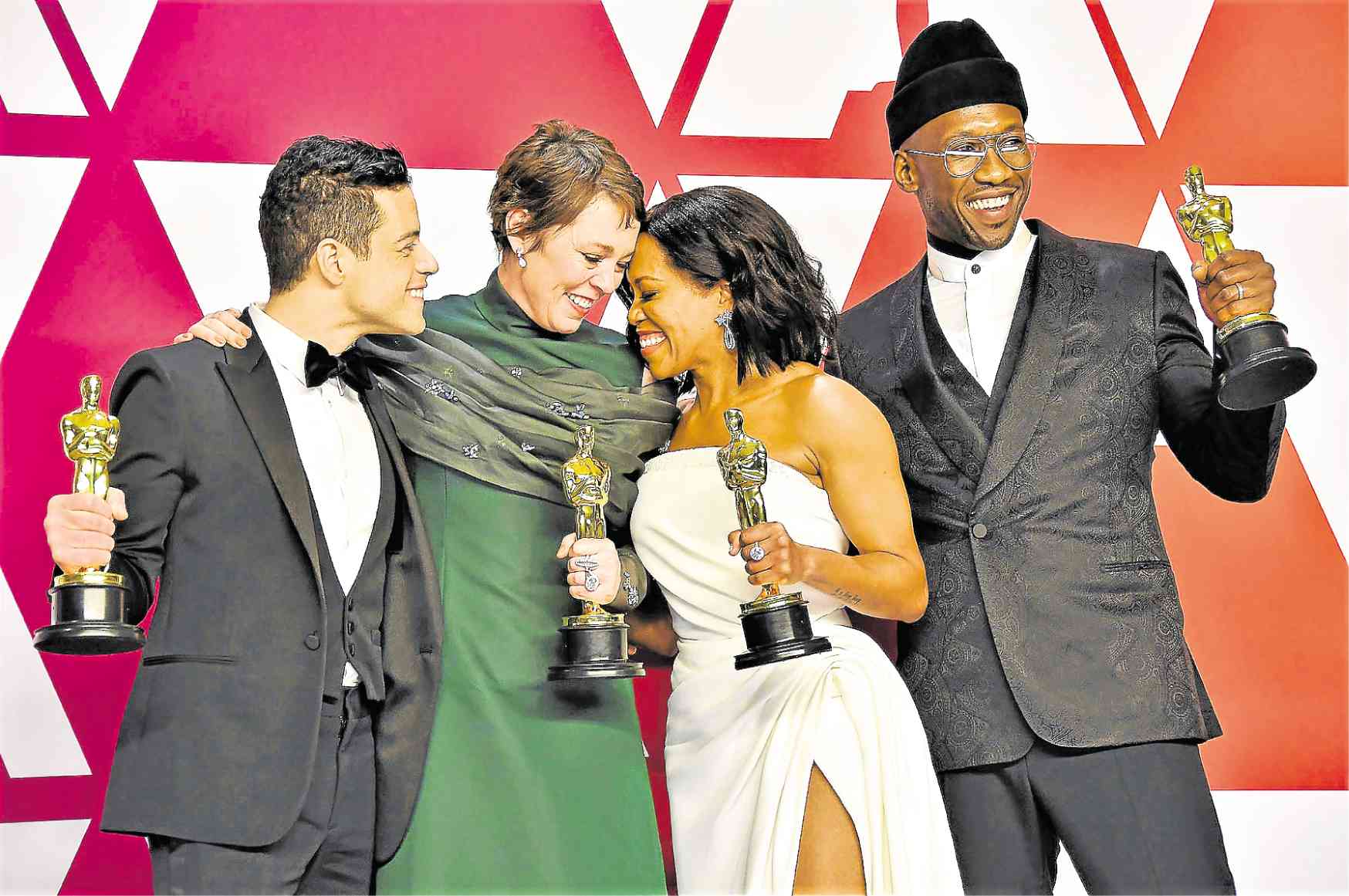 LOS ANGELES—Did you know that Rami Malek slipped as he was exiting the Oscars stage right after accepting his best actor trophy? The cameras had panned away from him, so viewers did not see the “Bohemian Rhapsody” star take a tumble off the stage.

But the A-listers sitting in the front row of the Dolby Theatre came to his aid. Paramedics arrived and treated Rami. But the actor seemed fine when he went backstage to be interviewed by the reporters. Below are excerpts from that interview with Rami and other winners.

I grew up in a world where I never thought I was going to play the lead on “Mr. Robot” because I never saw anyone in a lead role who looked like me. I never thought that I could possibly play Freddie Mercury until I realized his name was Farrokh Bulsara, and that is the most powerful message that was sent to me from the beginning. That was the motivation that allowed me to say, oh, I can do this.

And that man steps on stage and he moves people in a way that no one else does. He has the ability to look everyone in the eye and see them for who they are. And that’s because he was struggling to identify himself.

All of that passion and everything burning inside of him allowed him to look at everybody else and say, hey, I see you. Not right here in the front; I see you there in the back. I see all of you, I will play to all of you, and together we will transcend. Because it’s not about being from one place or looking like one thing, one race. We are all human beings. And forgive me for this, but collectively, we are all the champions.

Olivia Colman, best actress (“The Favourite”—on where she’s going to put her Oscar trophy, on whether or not her kids were watching, and what Queen Anne would say to her right now)

[I’ll put my trophy] in bed with me, between me and my husband. He doesn’t know yet. They (her kids) are watching, because they are here (in Los Angeles). We borrowed my agent’s house. Their ages are 13, 11 and 3. There was a gap. I had to persuade my husband for a few years.

[Queen Anne would say this to her:] Have some cake. Blue cake. Eat too much blue cake. If you had seen the film, it makes sense. It wasn’t just a weird thing to say. 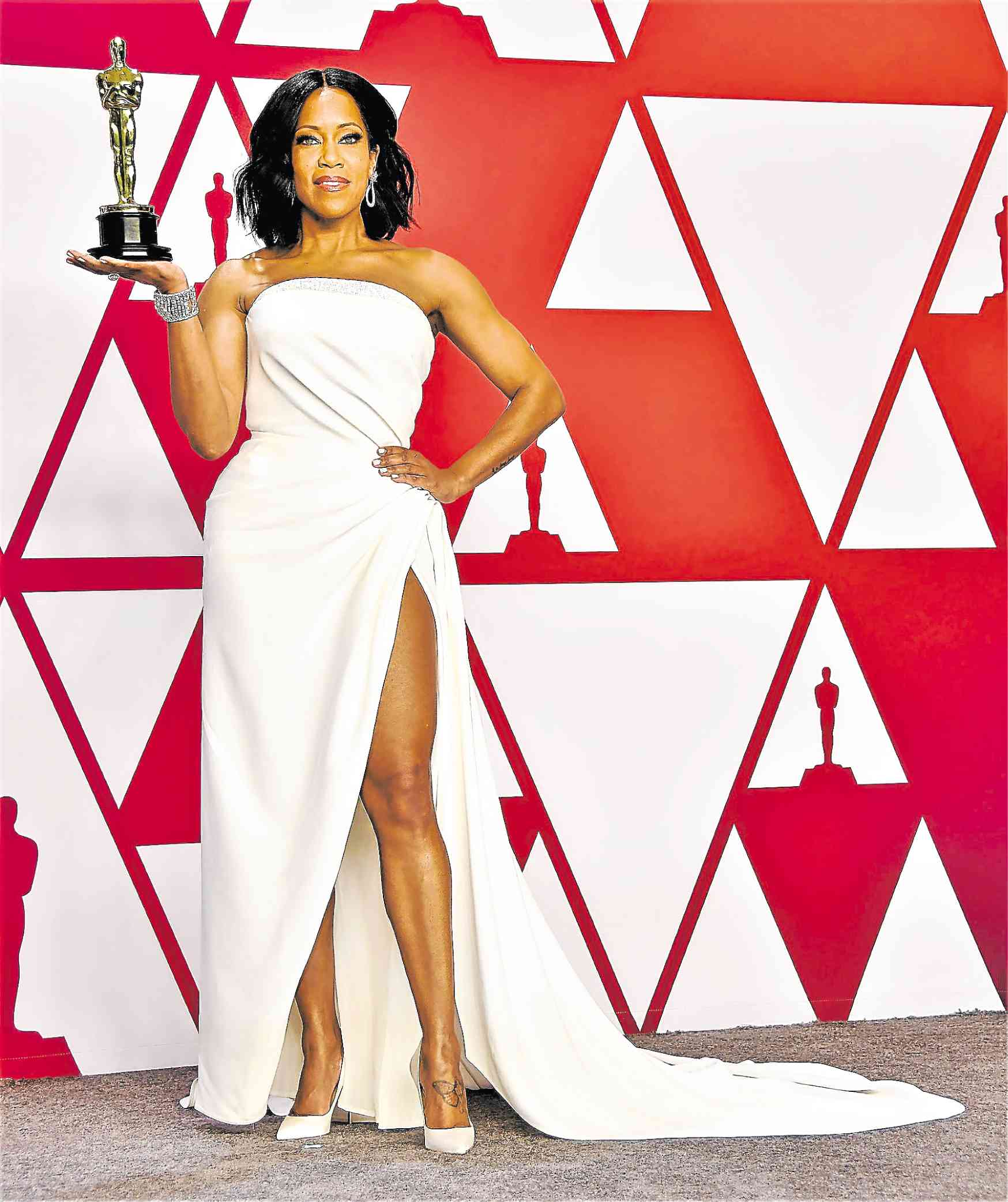 It means so much for me personally—the love and support and the lifting up that I have received on my journey as an actor in just these last five months, how many people have been rooting for me, and it has not just been black people; although the black family has always lifted me.

But it’s just a reminder of when Hattie McDaniel won. She didn’t win just because black people voted for her. She won because she gave an amazing performance. And especially then, the Academy was not as reflective as it is now. We are still trying to get more reflective, still trying to get there.

But I feel like I’ve had so many women who have paved the way, are paving the way, and I feel like I walk in their light, and I am also creating my own light. And there are young women who will walk in the light that I’m continuing to shine and expand from those women before me. I’m blessed and highly favored.

We (she and fellow awardee Becky Neiman-Cobb) are happy that “Bao” was just so embraced by the world and by the Academy, but I’m also happy to say, I’m now not the only female short director at Pixar. There are two amazing shorts that came out of Pixar over the last couple weeks. “Purl” and “Kitbull,” directed by the very talented Kristen Lester and Rosanna Sullivan, respectively.

Check them out. These ladies are super talented. “Bao” blazed a trail but we are just happy to be one of many female directors to come.